International youth volunteers and trainees who visited India to work or teach share their experience and impression of the country.

What makes India special is the people; they are really friendly. One day, a lady walked up and asked if she could take a photo with me; this shocked me and I didn’t like it at first, says Melika Kianbakht

As India celebrates its 74th Independence Day, it’s an apt time to explore an outsider’s perspective and to see the country as young global visitors view it. These five young people visited India for work or to volunteer in NGOs. This is their experience.

Before I travelled to Delhi to work for six months, my friends told me that India is not safe, that it’s a dirty place. But after arriving, it became clear to me that I could go out even at night for parties. If people travel to India for just a few days, they probably can’t see its real beauty,  and so they believe it’s dirty and unsafe. But if you travel around for a while, you will find historical and natural beauty that you can’t find anywhere else in the world.

What makes India special is the people; they are really friendly. One day, a lady walked up and asked if she could take a photo with me; this shocked me and I didn’t like it at first. But it happened so many times that I realised Indians just like to chat with foreigners and take selfies with us, whether we are celebrities or not! They don’t want to bother, they just want to talk. They are respectful. I got used to this behaviour and began to enjoy it as well.

After Delhi, I visited Agra, Manali, Jaipur and Varanasi. I love Indian traditions and clothing. They always have something to celebrate! India was also a paradise for food – being a vegetarian, I had plenty of choices. 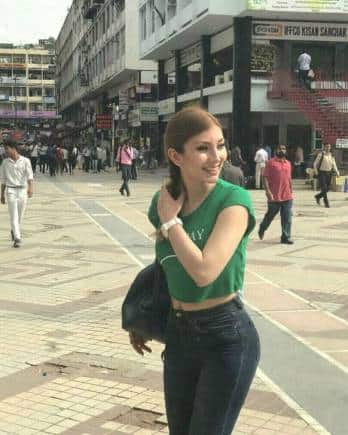 What makes India special is the people; they are really friendly. One day, a lady walked up and asked if she could take a photo with me; this shocked me and I didn’t like it at first, says Melika Kianbakht

Colours, happiness, emotions, tasty food, and diverse religions, beliefs and skin colours – those are my lasting impressions of India. I usually don’t like to visit the same country twice but India is the only one where I really want to visit again!

India, to me, is a very familiar society because I’m from Sri Lanka. What first struck me is that Indians are very good at driving – I think if you can drive in India, you can drive anywhere in the world. I love India’s traditions and festivals. Indians enjoy life very much, always dancing, singing and laughing – I love that! The street food especially is amazing. I love the many languages. I like the way Indian women dress and the colour combinations they wear. 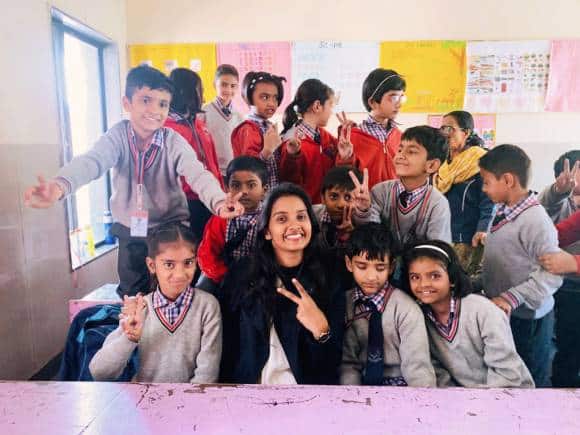 As a volunteer in a Delhi school, I also saw some negative aspects of India. I realised that even little students marginalise others based on their parents’ jobs. I also found people in India to be more selfish compared with Sri Lankans! I don’t like aggressive people, but I did meet some in India. My experience taught me how to deal with people and how to spend my money wisely.

Before arriving in India in late 2019, I did my research on what to expect, but I tried not to have any preconceived notions. I wanted to keep an open mind and not disrespect anyone’s cultural values.

I had many experiences while travelling, many were remarkable. I noticed that things like noise, traffic and pollution – which usually disturb people from my country – didn’t really disturb Indians! By the end of my time there, even I got used to them. I wonder if this has to do with Indian religiousness.

I didn’t get to learn as much as I wanted about Hinduism but, as far as I understood, its perspective about life moulds their ability to endure things. Facing situations with that perspective is something I’m trying to apply in my own life. 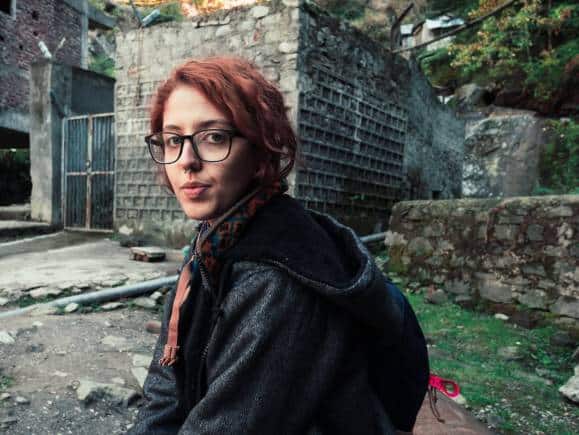 I was amazed that Indians can do so much with so little! I learnt to communicate while not speaking the same language, says Bruna Oliveira Braz

The volunteer work itself working in a pet shelter in Gurugram far surpassed my expectations. I was amazed that Indians can do so much with so little! I learnt to communicate while not speaking the same language. I was taken care of by every person who frequently interacted with me. I’m not going to lie and say I was never afraid. Yet, it was not much different from when I’m in Brazil (we are both developing countries and we face similar safety issues). Still, I had no unpleasant or traumatic experiences in India. Going there was one of the best decisions of my life.

The moment I stepped in India, I felt like I was back home in Egypt. Indians are mostly very kind and helpful. A wide range of transportation is available and the metro saved me a lot of time getting to and back from work as a marketing assistant in Delhi. The youth hostel I stayed in was comfortable and the manager was a friendly and compassionate man.

The only thing that I didn't like in India was the spicy food; it did not suit me! Even so, my India experience was a very beautiful adventure and I hope to repeat it again.

I spent six weeks as a volunteer in India in 2018 while on a break from medical college in China. India has a crazy chaotic vibe. On one hand, I didn’t like the ‘honk-everywhere’ kind of traffic. But I did like India’s messiness and everything else that comes along with it. It inspired me to travel because if you can survive in India, you can pretty much survive anywhere!

I fell in love with all the experiences and all the people I spent time with, and I guess I was lucky not to come across any terrible ones. Lucky because from the moment you step out of your home or hostel in India, the odds are stacked against you. You’re constantly on the lookout – whether you’re getting into a tuk-tuk (auto-rickshaw), buying things in a crowded market, or boarding a train. You’re constantly in fight-or-flight mode. I found that thrilling.

Once I’d learnt my lessons (sometimes the hard way), it became a bit easier to get by. It’s like having a teacher who is extremely strict but you still love her anyway because you know she is the best. The truth is, once you find the beauty in the chaos, India really is a cool country – with its rich cultures and its fascinating destinations that you can never find anywhere else. Oh, and don’t get me started on the food! Every time I get the chance to eat good Indian food, I never pass the opportunity.