On World Post Day (October 9), a look at some of the rarest stamps in the world. The most expensive is valued at more than Rs 70 crore.

World Post Day is observed each year on October 9.

Called the Mona Lisa of philately, the British Guiana 1 cent stamp was printed out of a desperate need. The British Colony needed stamps and could not wait for fresh stock to arrive from England. The local publishers of Official Gazette printed a stock of one-cent stamps (for newspapers) and four-cent (for letters) octagonal stamps on low-quality magenta paper with a sailing ship and the motto of the colony Damus Petimus que Vicissim (We Give and We Seek in Return) printed in black. Not many knew of the stamp until a 12-year-old boy discovered it in 1873 and sold it for 6 shillings (roughly $10 now). Today, the ‘world’s rarest stamp’ is valued at roughly Rs 71 crore. 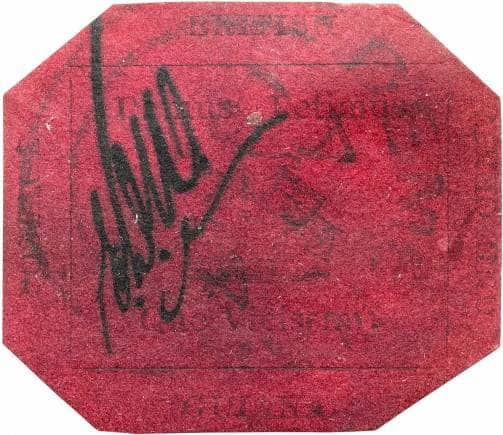 Sweden’s Treskilling Yellow (also called ‘three schilling banco error of colour’) is prized because of a colour error - the stamp was meant to be green but due to a printing error, it came out yellow

Only one specimen of this stamp is known to be in existence. The story is that school student George Willhelm Baeckman pulled this stamp out of his grandmother’s garbage bin in 1885. A year later, he sold it for six kroners to a local dealer.

Currently, this stamp is in the collection of Count Gustaf Douglas, a Swedish aristocrat, billionaire businessman, and politician. Often described as the most expensive Italian stamp, the Sicilian Error of Colour stamp features the side profile of a bearded man. Originally meant to be produced in yellow, a blue version of the stamp was released in 1859. Today, only two such stamps are known to exist. One of them briefly held the title of the world’s most expensive stamp when it was sold at a 2011 auction for $2.6 million dollars but that title has since been reclaimed by the British Guiana 1c Magenta.

Housed in the Blue Penny Museum (Caudan Waterfront, Port Louis, Mauritius), the Blue Penny and Red Penny stamps are among the rarest in the world. Printed on September 21, 1847, in two denominations: an orange-red one penny and a deep blue two pence, the penny stamps depict the face of Queen Victoria and were the first British Empire stamps printed outside Great Britain. In 1993, a cover bearing both the stamps were auctioned for $3.8 million. Think of a printer who misread the 9 for a 6 and created - unwittingly - one of the rarest stamps in the world. One of the first stamps issued by the former German state of Baden, the stamp was meant to be green. The green ink plate was to be used for the 6 Kreuzer stamp, but the printer misread the 9 for a 6, resulting in a colour error. 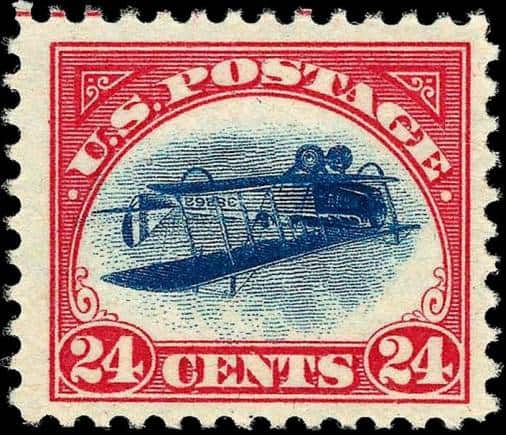 Originating from the city of Tiflis (now in Georgia), the Tiflis Stamp, also known as the Tiflis Unique, is one of the oldest surviving stamps of the Russian empire. If one did not know it were a stamp, one would look at its metal sheet and embossed lettering and assume it was a metal bookplate. It is this aesthetic novelty that makes Tiflis Unique so special. There are only five of these stamps in existence. In 1851, the Kingdom of Hawaii issued its first stamps in 2, 5 and 13-cent valuations. Since it was predominantly used by Christian missionaries, the stamps came to be known as Hawaiian Missionaries. There was nothing so unusual about the stamps except that they were printed on thin paper that tore easily. Not many Hawaiian Missionaries survived the wrath of time but the well-preserved ones are highly sought after by collectors. The most invaluable are the 2-cent stamps used for newspaper circulation, of which only 15 exist.

Issued in 1968 during the Cultural Revolution, China’s The Whole Country is Red is famous for its error printing. Depicting a red map of China with a worker, a farmer and a soldier holding the Selected Works of Chairman Mao, the stamp was of an 8 fen (roughly 1 US cent) denomination. Though the stamp has ‘The Whole Country is Red’ emblazoned on it, the island of Taiwan was left in white. The stamp was available only for half a day because it was withdrawn as soon as the error was noticed. An unmounted 'The Whole Country is Red' stamp sold for $1.5 million at a 2018 auction.