Jallikattu, through the eyes of two photographers and locals

Jallikattu, an event probably older than Spanish bullfighting is no stranger to controversy. It is going on till March this year.

Casualties, both human and animal, are among the reasons why there has been a concerted effort to ban Jallikattu. (Photo: Selvaprakash Lakshmanan)

The rules are simple for a sport that’s about 2,000 years old. If the contestant manages to hold on to a bull for a distance of 30 feet without being shaken off, then he is declared the winner.

Jallikattu, which happens in the blistering heat (even in January) as part of New Year’s festivities during ‘Pongal’, is not for the fainthearted. The bulls are bred, fed and trained specially for the event which happens in most districts of Tamil Nadu from January till March.

There have been casualties, both humans and bulls, which is one of the reasons why there have been concerted attempts at banning the sport over the years. Some have even called it more violent than the Spanish bullfighting, citing it to be perilous to the animals and humans alike.

Both those in favour of and against the sport have their arguments, but Jallikattu, so far, has been about cultural identity; no political entity could possibly risk the ire of local sentiments.

Photographer Selvaprakash Lakshmanan is known for his works at the intersection of society, environment, and human-rights issues. He was commissioned to cover Jallikattu in 2004 and had spent a lot of time visiting villages, interacting with the bull owners and tamers. The works he exhibited in 2015 are remarkable for their emotional connect with the people and the bulls.

“You could use those pictures,” he said, his voice coming softly through a phone connection riddled with network issues.

Lakshmanan’s stand is decidedly pro- Jallikattu which comes from a place of experience. He reminisces about lives driven with a single purpose of rearing and training the bulls in the far-flung villages.

Whereas the Jallikattu event is viewed as a day-long sport with elements of thrill, fear and excitement, it is definitely not to be viewed from that perspective. “Talk to Ajay Kumar,” he urged.

Ajay Kumar is a documentary photographer based in Madurai, the district which sees three of the largest Jallikattu competitions at Avaniapuram, Alanganallur and Palamedu. Ajay's unique body of work shows the funeral rites held for the bulls. Having bull owners as friends, he got unrestricted access to the end of a bull’s life.

“The bull isn’t just an animal,” he said. “It’s like a family member. When it dies, the rituals and grief are of the same quantum as that of a death of a human family member.”

The bull owners look after the bulls like their children, Ajay explained. Be it a big landowner or a smalltime farm worker with a salary of Rs 700 per day, the desire to own bulls is integral to their dreams. “Most have at least one bull,” Ajay said. 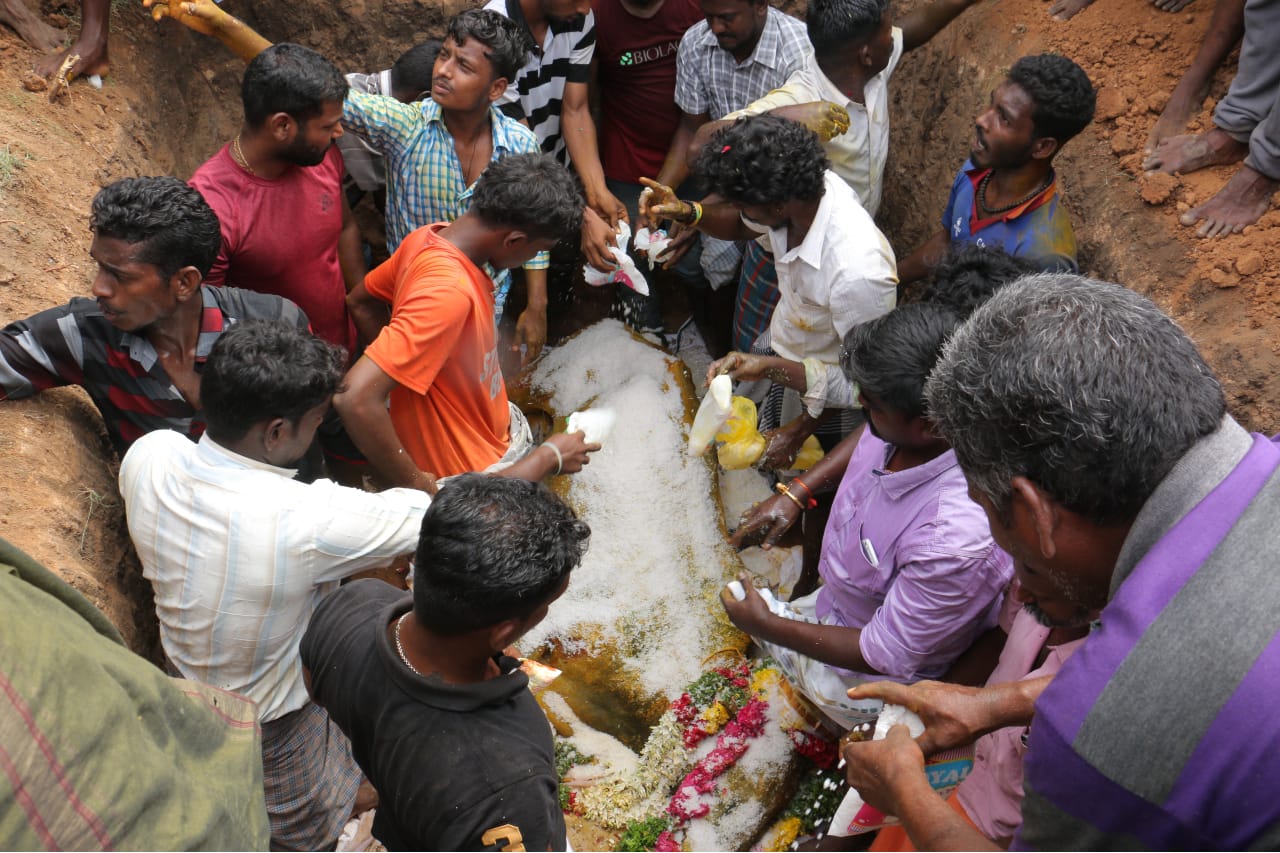 Food for a Jallikattu bull can easily cost Rs 300 – 500 per day. The diet is designed to improve its health, strength and stamina, with items like red sorghum leaves – irumbu solam – almonds and dates.

Most of the day’s training, under the guidance of a trainer, happens in a specially prepared place that’s filled with soft mud. For stamina, there’s twice a week swimming at the local pond.

The bulls are ‘naati maad’ or indigenous breed of which only a few remain. The breeds most preferred for Jallikattu are Pulikulam and Umbalachery. The former is known for its fierceness and its name is derived from its origin village Pulikulam which used to have tigers coming to the village pond till a few centuries back. This breed is said to have fought the tigers.

With the recent laws passed by the Tamil Nadu government restricting the bull’s height to at least 120 cm, the Umbalachery bulls have a little disadvantage as they are not known to be very tall. Both these varieties are draught breeds used for cultivation rather than for milk.

The blood line is important, as Ajay said, “like horse racing”, and some dead Jallikattu bulls like ‘Raavan’ have their hall of fame.

On the other hand, bull tamers are also a special lot who gain instant fame and respect from the villagers if they win a competition. In order to win a Jallikattu competition, a tamer has to ‘tame’ the highest number of bulls amongst all the competitors. The winning bull has to be untamed.

Winners, both bulls and tamers, get simple prizes, exceptions being the big three competitions where this year, the prizes included gold coins and cars. 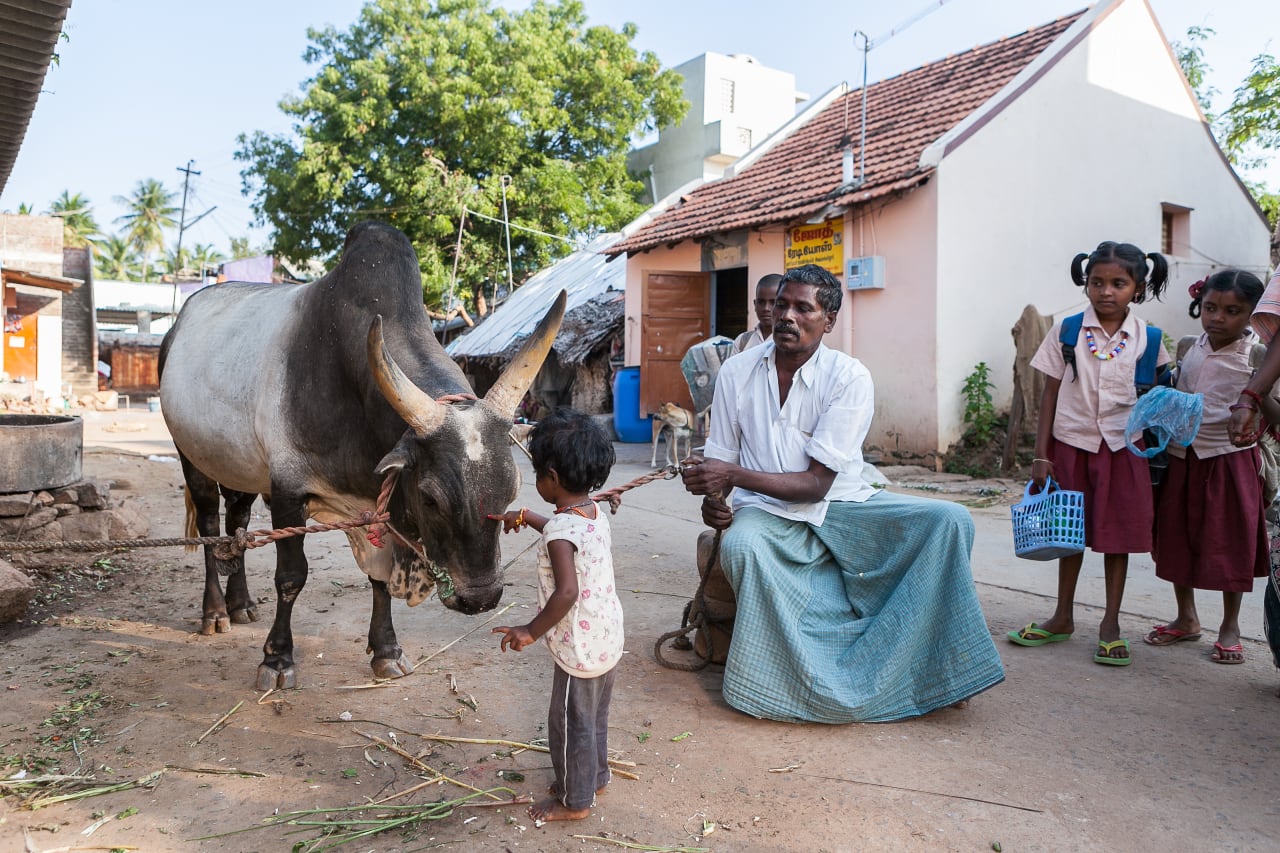 Arena and the competition

The first Jallikattu competition for this year was at Pudukottai with a restricted entry of 700 bulls and 300 tamers.

Of the several variants of Jallikattu competitions, the ones in Madurai district have the bulls enter through a narrow entry gate, vaadivaasal, into an arena filled with soft mud. Tamers wait at the gate for the bulls who are prodded to enter the arena where they face the tamers and audience. As the bulls stomp their way to the exit 30 feet away, tamers try and hold on to the bulls' humps or chimel - a large knot of flesh coaxed out by the trainers right from when the bull is a calf. Tamers who hold on to the horns are disqualified.

The day-long festival is packed with adrenaline. Ajay added that there is no gambling involved. After the competition, the tamers and bulls return to their villages and life goes on as usual. "When a bull dies, the rituals and grief are of the same quantum as that of a death of a human family member." (Photo: Ajay Kumar)

Jallikattu came under fire when the father of a 14-year-old boy who was killed by a bull, petitioned the courts against the practice. Two years later, the Supreme Court banned it. The ban was lifted soon after, only to be enforced again.

Activists against Jallikattu spoke of bull owners reportedly resorting to punching, putting lemon juice in the bull’s eyes, prodding the bulls with nail-studded staffs and how the contestants were inebriated on arrack. A 2017 protest against the ban saw Chennai’s Marina beach filled with pro-Jallikattu protestors and the ban was lifted. According to PETA India, since 2017, 22 bulls and 57 humans have been killed.

This year, in Avaniyapuram alone, one teenager was killed and 80 humans were injured. Since last year, PETA India has been rallying for a cease of the sport because of Covid 19. In spite of stricter regulations, presence of more police force and surveillance cameras, there is a demand to ban Jallikattu permanently. Will the breeds die out if not for Jallikattu, will the cultural identity rule over ethics – these questions remain.

“Ban or no ban, I believe that over a period of time, the format of Jallikattu will change as it has changed till now,” Lakshmanan said. “After 25-30 years, will it exist? Until then, both pro and anti Jallikattu activists will engage in whataboutery.” 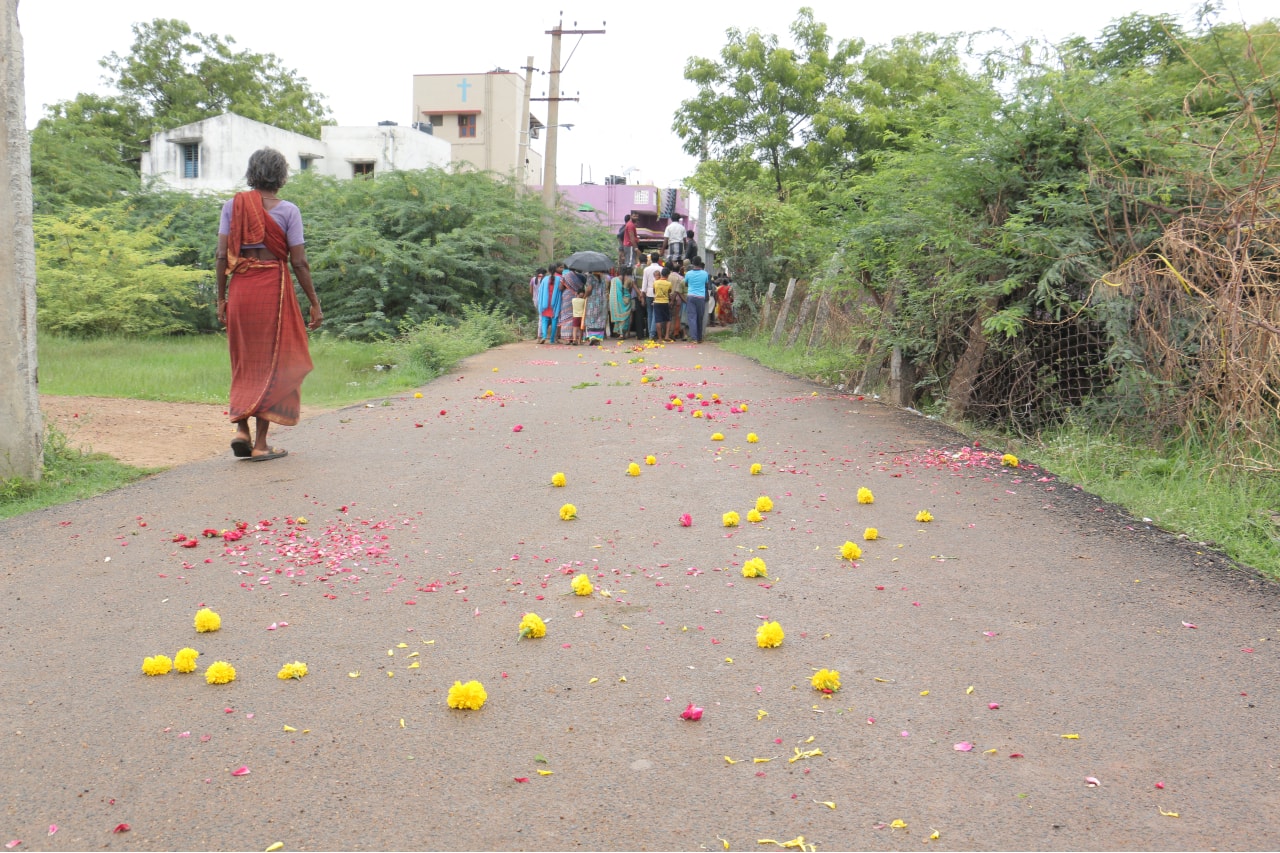