Celebrating Dilip Kumar through his films is also about celebrating a whole generation of actors who the younger people may not be aware of: archivist Shivendra Singh Dungarpur

Recently, when filmmaker and archivist Shivendra Singh Dungarpur was in Glasgow, UK, he happened to mention to his South Asian cab driver that there is a festival of Dilip Kumar films slated to happen this month across Indian cities. “Forget about charging me, he got so ecstatic that he took me to a restaurant insisting that I have a dessert there and told me he will be my cab driver for the entire night. That’s the beauty of cinema that connects countries and that’s the love everyone has for Yousuf saab!” says Dungarpur.

The Film Heritage Foundation, of which Dungarpur is the director, is marking the centenary of the iconic film actor with a festival titled Dilip Kumar Hero of Heroes. Four of his films, including Aan (1952), Devdas (1955), Ram aur Shyam (1967) and Shakti (1982) are being shown in 30 cinema halls in over 20 cities across India on December 10 and 11. In October, the Foundation had celebrated Bachchan Back to the Beginning festival to mark the 80th birthday of superstar Amitabh Bachchan. The resounding success of that festival - with people cheering and clapping in theatres as they watched Big B in some of his legendary films - is only an indicator of how ready the audience is to go back to the classics, believes Dungarpur. In a chat, he spoke about the restoration of some of the films and the challenges he faced doing so. Edited excerpts from a conversation:

What do you think was the impact of the Amitabh Bachchan film festival?

One of the reasons for the success of Mr Bachchan’s festival was that the youth, who are under 25, went in large numbers to see him on the big screen in a way they have never seen him before. It’s a different experience when you watch him in, say, Amar Akbar Anthony or Kaalia, on the big screen. This is what cinema is - sharing, community and rejoicing. The Bachchan festival actually had a difference on all films that came later. People started going to the theatres with families, because cinema is also about nostalgia.

I think what the festival did is part of what the Film Heritage Foundation has been wanting to do - to preserve our heritage and to bring back that cinema on to the large screen. There is a market for classic cinema out there. When you go abroad to any major city, they have a home for classic cinema. Unfortunately, in India, there is no home for such films. There are specific institutions but how do you reach out to the common man living in the smallest of towns? The idea with this festival is not to look at Box Office, but to have a home for classic cinema and to have it as a choice for people.

Also read: Cannes Film Festival: India's next generation of film-makers takes a seat at the high table of world cinema

Dilip Kumar inspired generations of actors. Tell us about the festival celebrating his films.

One of the learnings we had from the Bachchan festival is how contemporary the actor is. Boman Irani, who went for a screening of Amar Akbar Anthony remarked that even though the dialogues and the way people look at things have changed, Bachchan’s performance is so natural. The reason is simply because he is so modern. That’s what Kamal Haasan said about Dilip Kumar, that he is not an actor of yesterday but an actor of today. He is timeless and the youth can learn so much from both these icons. It wasn’t planned that way but it just happened that Mr Bachchan was turning 80 and Dilip Kumar’s 100th birth anniversary was approaching. It gave us that kind of encouragement and inspiration to start with these legends which will then open the doors for many more retrospectives and films of more people who may find a home permanently in these theatres.

What were some of the challenges while restoring Mr Kumar’s films?

If you look at these films, they look beautifully curated. The first is Aan which is India’s first technicolour film showing him in a swashbuckling avatar. Then there is Devdas which is really the essence of him being the tragedy king. The third is Ram aur Shyam which shows his versatile performance in comedy and one of the few double roles he did. The last is Shakti that brings two of the greatest actors together – him and Bachchan.

The sad part is that we could not put out as many films as we wanted, simply because they were not in the condition to be restored or projected on the big screen. The negatives of films such as Ganga Jumna among many others do not survive and that’s tragic! We even ran a campaign asking for support in helping us save his films as a wake-up call to producers, filmmakers and the public to support the Foundation in our mission to save our films. 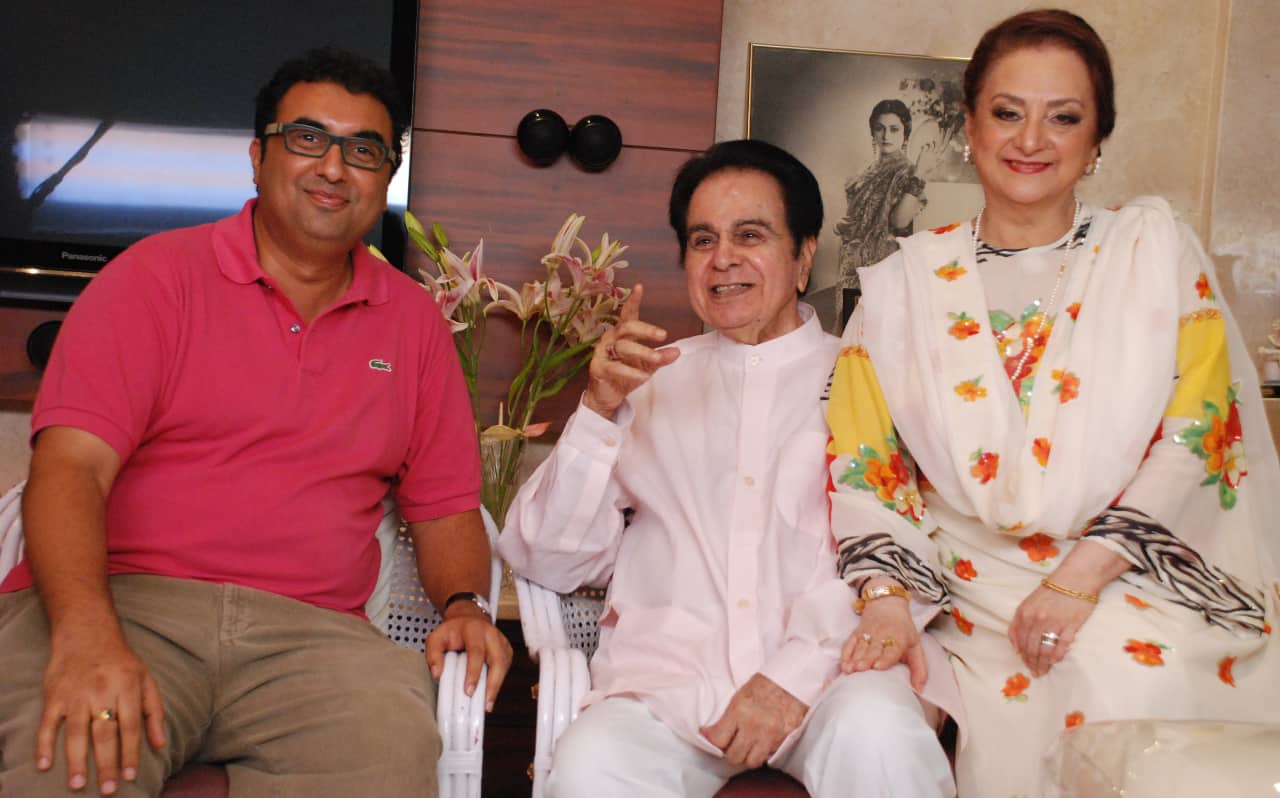 Shivendra Singh Dungarpur with Dilip Kumar and Saira Banu during the shoot of 'Celluloid Man' (2012).

What are some of the future retrospectives you have in mind?

There will be retrospectives of Raj Kapoor and Dev Anand next year. We would like to do one with filmmaker Vijay Anand. We want to go on to do new wave cinema and cinema going back to the '40s, '50s, '60s and so forth. We want to bring back cinema in its full glory as it is meant to be watched, enjoyed and loved by people. We just need people to come and support and look at it as a choice.

'Let AI wars begin': Google’s ChatGPT rival is here - and so are the jokes