Skype claims that it has designed the “most beautiful call stage in the world” with new features, layouts, and themes.

Skype recently outlined a major UI overhaul that is aimed at transforming its appearance. The company is upgrading and modernizing the most important part of Skype, the “call stage”, which is the screen where participants in a call can see each other.

Skype claims that it has designed the “most beautiful call stage in the world” with new features, layouts, and themes. The UI change aims to modernize the look and feel of the video calling platform while staying true to its roots.

In its official blog post, Skype noted, “The first person we included was you —now you can find yourself on the main view during a call. We also adjusted the way the video feeds are rendered into a more natural grid, and no one will be left alone on the upper tray again because we bring you all together. Now all participants— even if they aren't sharing video — will be visible on the calling stage.” 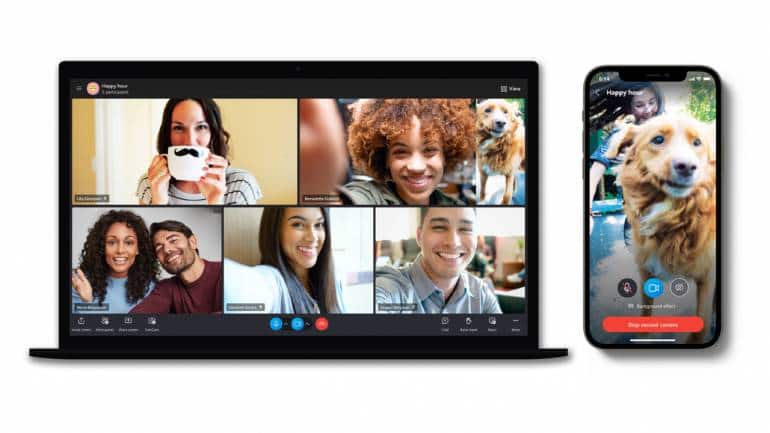 Additionally, Skype's 'Meet Now' lets users host video calls with anyone who doesn’t have a Skype account. The Meet Now lobby has also been redesigned with a lighter interface, making it faster and easier to use. Chats can be customised with different colours which can be set individually. Apart from the design changes, Skype’s performance has also been improved by 30 percent on desktop and over 2000 percent on Android. Microsoft is also adding support for all browsers. You can check out all the new features and design changes coming to Skype here.
Moneycontrol News
Tags: #Microsoft #Skype
first published: Sep 30, 2021 03:12 pm