But the 'wrongs' are not easy to gloss over!

In terms of the design, the Poco X4 Pro 5G boasts a glass body, with Gorilla Glass 5 protection on the front and a glass back as well. Although you do have to contend with a plastic frame, the matte finish gives it a more premium look. The handset is available in Poco Yellow, Laser Blue and Laser Black colours. The matte frame and reflective back give the Poco X4 Pro 5G a unique look that stands out from the competition. It also has a large camera island on the back with the Poco logo. 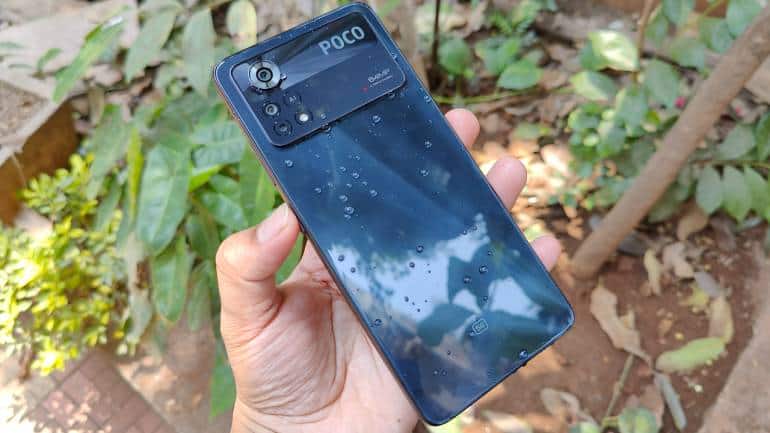 The handset itself feels quite nice in the hand with comfortable rounded edges. The phone has a volume button and a fingerprint scanner that doubles as a power button on the right. You get a headphone jack on the top and a USB Type-C port on the bottom. On the front, the phone has a hole-punch camera cutout in the middle. It also gets an IP53 rating for splash resistance. The Poco X4 Pro 5G doesn’t just get a solid build but also feels comfortable in the hand. 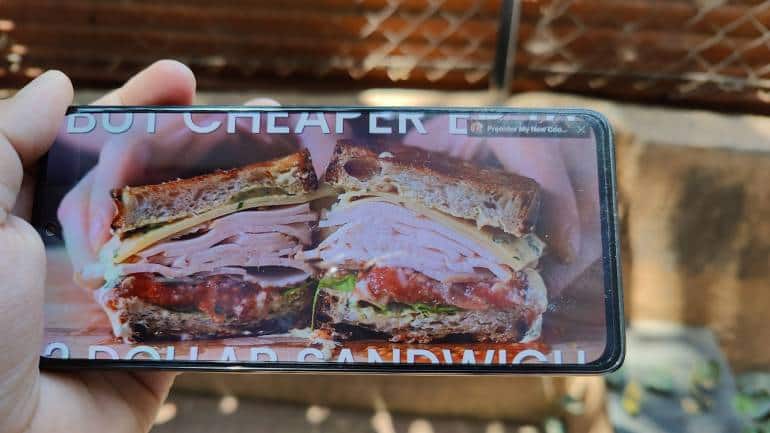 However, you cannot take advantage of that 1200 nits of brightness and are limited to 700 nits, because there is no HDR10 support on apps like YouTube and Netflix. This is down to the limitations of the Snapdragon 695 chip as opposed to the phone itself. Additionally, the screen also has good viewing angles and reproduces vibrant colours. There’s no doubt that this is the best display on a sub-20K smartphone in India. If you do notice a lot of similarities here, it might be down to the fact that most of the specifications here can be found on the Redmi Note 11 Pro+ 5G (Review).

For performance, the Poco X4 Pro 5G is equipped with a Snapdragon 695 SoC paired with up to 8GB of LPDDR4x RAM. The phone also comes with 64GB and 128GB of UFS 2.2 storage that is expandable up to 1TB through the Hybrid microSD card slot. The Snapdragon 695 chip may not be the fastest in the sub-20K segment, but it is still pretty capable when it comes to gaming and multitasking. 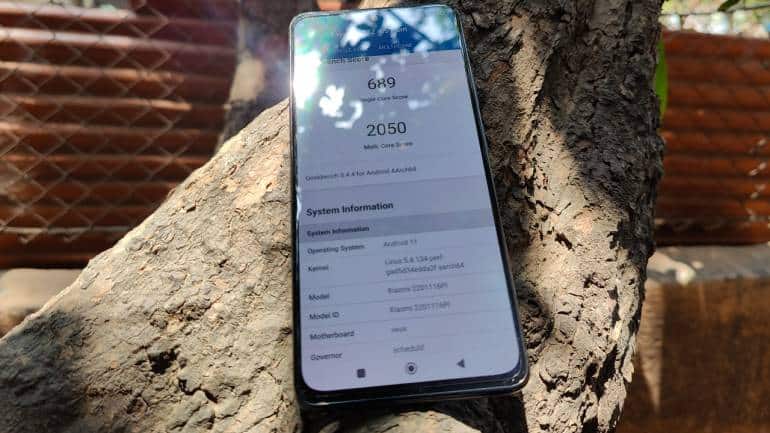 Call of Duty: Mobile, BGMI, Raid: Shadow Legends, and Star Wars: Hunters ran pretty smooth on high graphics, but there were some limitations when it came to frame rates in games. I don’t see performance being an issue on the Poco X4 Pro 5G, while heating was also kept in check thanks to liquid cooling. In Geekbench, the phone managed a multi-core score of 2050 points and a single-core score of 689 points.

In the camera department, the Poco X4 Pro 5G opts for a standard triple-camera setup with a 64 MP Samsung ISOCELL GW3 sensor at the helm. The main camera is paired with an 8 MP ultrawide shooter and a 2 MP macro unit. You also get a 16 MP selfie camera up front. However, the big disappointment here was the limited video support, which doesn’t push past 1080p resolution at 30fps. 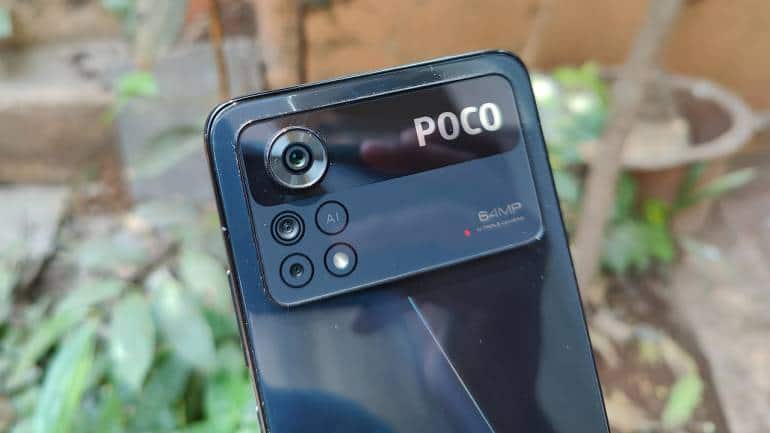 In daylight, the main camera does a pretty decent job, capturing photos with a good amount of detail and mostly accurate colours. While the main camera offered decent dynamic range, there was a lack of sharpness in photos and the Auto-HDR often resulted in overexposure. 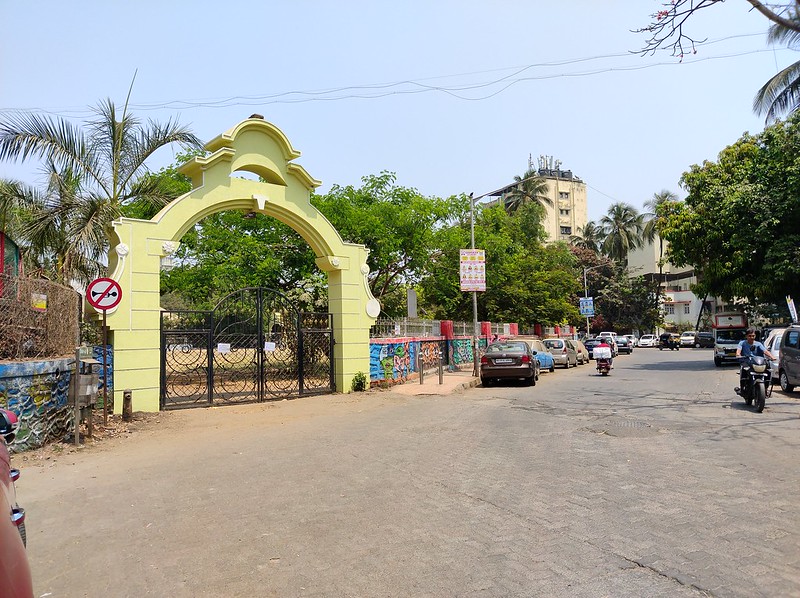 The macro unit does let you get up close to subjects, but results here were mostly average to sub-par. The 16 MP camera takes decent selfies in daylight, but I’d recommend switching off any beauty filters. There is no shortage of camera features on the Poco X4 Pro, although the hardware is simply not up to the mark.

The Poco X4 Pro 5G does come with a Night mode, which does introduce more light into a scene, while also increasing the detail in brighter areas of the shot. However, it is quite ineffective without sufficient ambient light, although the Night mode does deal with some of the noise.

In my brief experience with the Poco X4 Pro 5G, I have to say that the cameras are quite lacklustre. Camera performance in photos was bad in itself, but the fact that video doesn’t even hit 4K (30fps) or 1080p (60fps) was a huge letdown. For a sub-20K phone, the cameras here are sub-par. It is worth noting that the global version of the Poco X4 Pro 5G opts for a 108 MP Samsung HM2 sensor.

The 5,000 mAh battery on the Poco X4 Pro gets you plenty of mileage. After using the phone for an entire day, I was still left with 20 percent of the battery to take into the next day. You should get a good five to six hours of screen time with this battery. Additionally, the 67W charging support, brick included, was pretty impressive. It doesn’t take long to power up this phone, I’d say around an hour. So in the event, you do find yourself out of battery life, you’ll be pleased to know that the Poco X4 Pro 5G can deliver a 50-percent charge in around 20 minutes.

Software is one of the main drawbacks of the Poco X4 Pro 5G. I found over 45 pre-installed apps on the device, although I was able to uninstall some of them to bring the number down to 40, which is not that bad, considering this is a budget phone. I have noticed MIUI losing bloatware with every update. 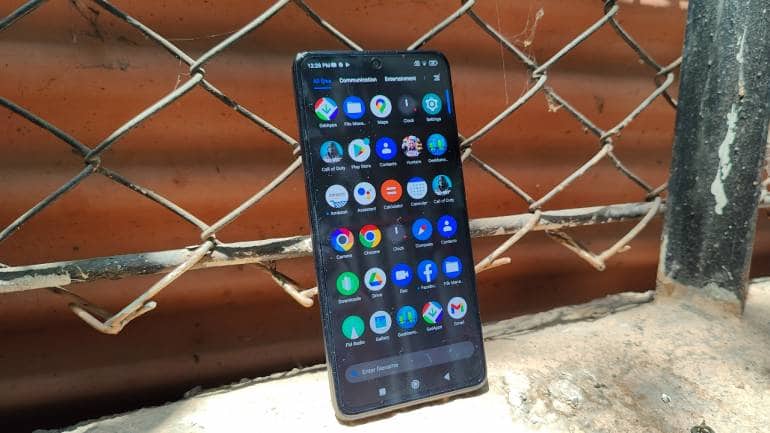 But speaking of updates, the X4 Pro 5G desperately needs one as the phone is running Android 11 based on MIUI 13. And even with Android 11, there is still plenty of room for improvements when it comes to software optimisation. If the Poco X4 Pro 5G gets the two major OS updates most phones in this segment receives, then we won’t see it get past Android 13, which is a bit of a letdown.

The Poco X4 Pro 5G is a solid phone on balance, although it has its own set of issues. Rather than just offering a solid overall phone, the Poco X4 Pro excels in some areas and underwhelms in others. The AMOLED display is the best in the segment and then there’s the unique design and what appears to be a pretty solid construction. Performance is not game charging but still superb, while battery life and charging speed is as good as it gets in this segment. And then there’s audio, which is excellent thanks to the dual stereo speaker setup. However, you do have to contend with poor cameras and software support. The former was definitely my main gripe with the Poco X4 Pro 5G. I think the cameras here have gotten worse than the previous couple of generations, including the Poco X2 (Review) and Poco X3 (Review). Lastly, the base variant of the phone only has 64GB of storage, which is rather less for a phone at this price. But it isn’t just the Poco X4 Pro, this is becoming a reoccurring problem on sub-20K phones in 2022. There’s no doubt that the ‘Pros’ of the Poco X4 Pro 5G outweigh the ‘Cons’. If you are a mobile gamer looking for a smartphone under Rs 20,000, the X4 Pro 5G is certainly worth considering, but the cons here are not easy to gloss over.