It seems like Huawei is taking on Apple with the MateBook X Pro 2022.

Huawei launched new flagship laptops and an all-in-one PC at MWC 2022. The company announced the Huawei MateBook X Pro 2022, MateBook E, and MateStation at the event. Huawei’s new MateBook X Pro 2022 does seem a lot like an answer to the MacBook Pro.  Huawei also revealed a new SuperDevice connectivity feature that allows users to open phones apps on their Huawei desktops and laptops.

The MateBook X Pro 2022 sports a 14.2-inch IPS LCD panel with a 3120 x 2080 pixels resolution. The screen features a 90Hz refresh rate and a 3:2 aspect ratio. It also covers the P3 colour gamut and offers 500 nits of peak brightness. The notebook sits a just 1.38kg and is 15.5mm thick. The notebook also has a six-speaker system to produce surround sound. 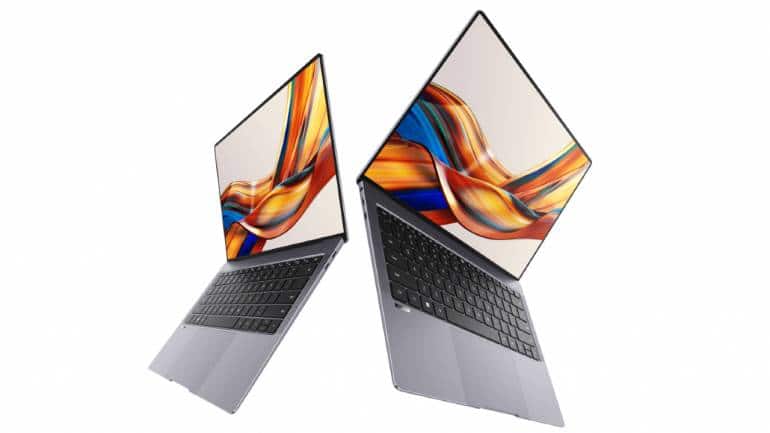 Huawei's new MateBook X Pro notebook features an HD webcam and four microphones. It is equipped with a full-size backlit keyboard and a trackpad that supports six gestures. The laptop packs a large 90Wh battery and comes with fast charging technology that can deliver up to three hours of use in just 15 minutes.

The Huawei MateBook E laptop can be outfitted with up to an 11th Gen Intel Core i7 CPU paired with 16GB of LPDDR4x RAM and 512GB of NVMe PCIe SSD storage. The laptop CPU can be combined with Intel UHD or Iris Xe Graphics. The Mate E also comes with a 12.6-inch OLED display with a 2,560x1,600 pixels resolution and a 16:10 aspect ratio.

The screen also features 10-point touch support. The MateBook E is paired with the Huawei M-Pencil that has 4,096 levels of pressure sensitivity and the Huawei Smart Magnetic keyboard. The MateBook E opts for a 13 MP rear camera and an 8 MP front camera. It packs four speakers with surround sound support.

Huawei also launched an all-in-one PC called the MateStation X. The Huawei MateStation X is powered by an AMD Ryzen 5 5600H or AMD Ryzen 7 5800H processor. The processor is paired with integrated AMD Radeon graphics as well as 16GB of RAM. The PC comes with two 5W speakers and a 10W subwoofer.