Motorola recently launched a new budget phone in India under its famed G series. The Moto G9 Power arrived in India as the most affordable 5G handset (Moto G 5G). As the name suggests, the Moto G9 Power is the beefier sibling of the previously unveiled Moto G9. However, the G9 Power has arrived at an almost similar price as the standard G9, with the latter getting a marginal price cut.

The Moto G9 Power is priced at Rs 11,999 and is available in a single 4GB/64GB configuration. With the Moto G9 Power, Motorola aims to deliver a value-oriented experience, providing a whole lot for less, much-like its competitors. But the sub-12K segment is quite competitive, and it isn’t going to be easy to stand out in the crowd. So, let’s take an in-depth look at the Moto G9 Power.

First off, the Moto G9 Power is not a small phone, and one-hand use can be challenging at times. So, if you’re not a fan of big phones, look away now. The build quality of the device is pretty solid, although it is plastic all the way, which is expected at this price.  The G9 Power has a matte finish on the back, which does a good job of resisting fingerprints and tilts to the side of elegance than edginess.

The Moto G9 Power is available in Sophisticated Metallic Sage and Vivid Electric Violet colour options. The phone is IP 52 rated, which means it can withstand light splashes of water. There’s a Google Assistant button on the left, while the power and volume buttons sit on the right flank. You also get a fairly fast fingerprint reader on the back of the device. Motorola has kept things simple on the design front, and that doesn’t seem like such a bad thing if you don't mind a bulky design.

The G9 Power uses a large 6.8-inch HD+ IPS panel. One major highlight of the phone is the fact that it has a fairly large display. There are some advantages to having a bigger screen; I’d prefer watching content on this phone rather than a smaller device like a Pixel.

Additionally, you can perfectly split the screen and get enough information on each app. Brightness was another non-issue, even in direct sunlight, while picture quality was good for the most part. Full HD resolution and a 90Hz panel or either one of the two would have been better, but you get what you pay for. There are plenty of things to like and dislike about the display.

The Moto G9 Power opts for the Snapdragon 662 SoC paired with 4GB of RAM. The phone can handle multitasking and gaming without a hitch, although you will have to lower settings on some titles to get smooth gameplay. I played Call of Duty: Mobile for around 40 minutes without any lag on Medium settings. Other games like Raid: Shadow Legends and Darkness Rises also ran without any issue.

The G9 Power also comes with 64GB of storage, which can be expanded up to 512GB via microSD card. In Geekbench 5.0, the Moto G9 Power managed a single-core score of 311 points and a multi-core score of 1408 points. While the performance on the Snapdragon 662 SoC is not the best, the price-to-performance ratio here just works. Sure, you’ll have to lower settings in games, but other than that there’s little to worry about. The 64 MP sensor does an excellent job of capturing detailed images in sunlight. Even in indoor scenarios the sensor captures sharp and detailed images that look great. You can also capture images in full 64 MP resolution to retain even more detail in the shots.

The camera features up to 8x digital zoom, which I thought would result in a blurry mess. It is safe to say that I was wrong. Sure, there are noticeable flaws here, but overall image quality is good considering this is a sub-12K phone. The macro lens can be a hit or a miss, but more often times than not seems like a waste.

Another standout feature is the new and improved Night mode, which relies more on software than anything else. And while the final results are quite impressive, you will find yourself waiting for up to five seconds. But again, the final image isn’t like anything you’ve seen on a phone at this price. Night mode is also available on the selfie camera. 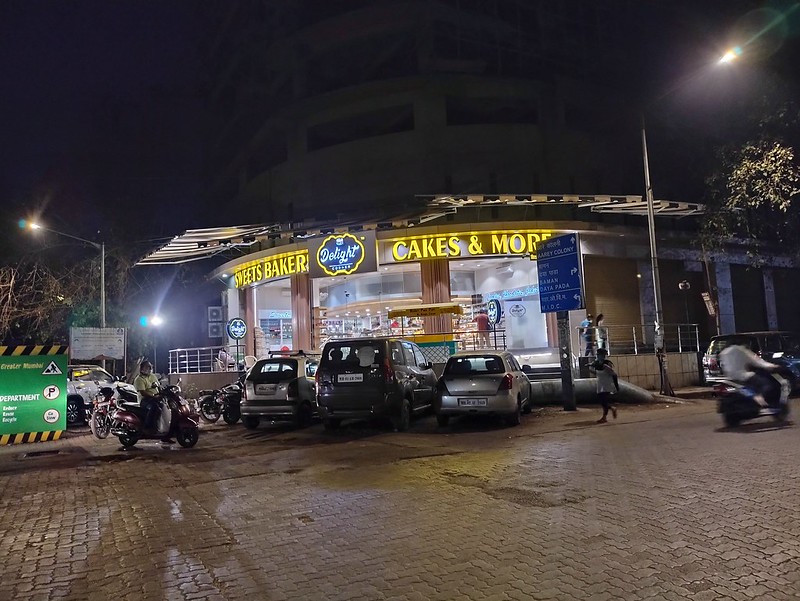 Camera quality is excellent here, for the price, whether you are in bright outdoor light or low light at night, which is something you very rarely hear in this segment. I wasn’t too bothered with the lack of an ultrawide camera as phones at this price often fail to maintain consistency across their main and ultrawide sensors, making the primary camera the default option in most instances.

The front camera on the Moto G9 Power was surprisingly good. The phone captured detailed selfies in bright sunlight with good colours. The Night mode extends to the selfie camera as well and is not half bad. It does a good job of brightening images. Portrait mode does a decent job blurring backgrounds and gets edge detection right more often than not. I felt video quality to be pretty good as well, but the lack of stabilisation is evident. Motorola has definitely made a few software tweaks here to ensure surprisingly good camera performance on both the front and back. Even, Night mode is so much better than what I’ve seen on similarly priced devices. If I used ultrawide cameras on budget smartphones, then that would also be an issue, but I prefer sticking to the main image sensor, so the lack of an ultrawide shooter didn’t bother me.

The 6,000 mAh battery on the Moto G9 Power is another major highlight of this device. You should be able to go a good two days of regular usage without having to reach for the charger. While Motorola’s 60-plus-hour claim feels a bit inflated, it often seems like the battery takes forever to drain. I also appreciated the fact that Motorola bundled a 20W adapter in the box. No slow micro-USB charging here! Software is another strong suit of the G9 Power. It runs on Android 10 with Motorola’s My UX skin. The overall experience is akin to stock, giving the UI a clean and simple feel. However, the Moto app allows for some cool customisation, layout changes, and new ways to interact with your device. I think the app is a great addition and makes the overall software experience even better. You also get Digital Wellbeing and other important elements of Android 10. The software experience here is great with just the right amount of customisations. At Rs 11,999, the Moto G9 Power offers excellent value for money. The combination of hardware and software have been perfectly incorporated in the G9 Power, ensuring a great overall user experience. But while hardware and software on the G9 Power are pretty solid, the design seems like a ‘miss’. The phone is slightly on the bulky side. However, that’s relatively easy to look past once you realise the value-added proposition Motorola offers with the G9 Power.
Carlsen Martin
TAGS: #Motorola #smartphones
first published: Dec 19, 2020 08:02 pm