The new Elk Bay NUC arrives with Intel's latest Tiger Lake CPUs, but can they deliver?

Intel is pushing the limits of just how much performance you can fit into an ultra-portable desktop. The Next Unit of Computing or NUC fits the power of a full-fledge desktop tower into a super-compact form factor.

Intel’s NUC units are primarily built for productivity without any powerful graphics hardware and the elaborate cooling tech to back it up. Our unit, the Intel NUC Elk Bay model arrived with an Intel Core i7-1165G7 CPU with a boost clock of 4.7GHz paired with integrated Intel Iris Xe Graphics. The NUC also featured 16GB of DDR4 RAM and 1TB of SSD storage. Now, let’s take an in-depth look at the Elk Bay NUC from Intel.

The design of the Elk Bay NUC is pretty standard, with the unit resembling a small box. The NUC was no larger than my Wi-Fi router and is quite easy to setup on a desk. However, if you have one too many wired devices, you will face some cable clutter. A mount also came in the box, in case you need to mount it on a wall. The NUC has a mesh covering on the sides for the air intakes. There’s a Kensington lock slot along the side as well. It also comes with a rather portable power brick, which is more or less the size of an adapter of a standard consumer notebook. Despite the Elk Bay’s size, it features a ton of ports on the back including an HDMI input, Pass Thru, and two In & Out Audio jacks. You also get a couple of Ethernet ports, two HDMI Output ports, two USB 3.2 ports, and two USB 2.0 ports. But that isn’t quite it; you also get a USB 2.0 and a USB 3.2 port on the front. Considering the vast array of ports, it was rather disappointing not to see a Thunderbolt 4 port or DisplayPort.

The Elk Bay NUC is backed by some rather powerful specs if you go all-out with our model. Let’s take a look at some of the benchmark results. In Cinebench R23, the NUC managed a multi-core score of 5,701 points and a single-core score of 1,523 points. In Geekbench 5, the unit scored 1,607 points in the single core test and 6,001 points in the multi-core test. Subsequently, in Geekbench 5’s OpenCL and Vulkan score, we saw the NUC managed 19,511 and 17,990 points, respectively. 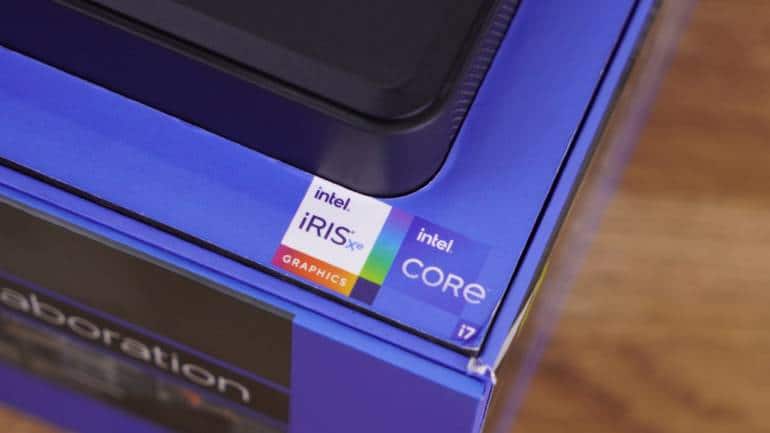 However, the real star of the show here isn’t the CPU, but the GPU. Intel’s Iris Xe graphics is capable of running quite a few games at playable frame rates. Titles like DOOM Eternal Counter Strike: Global Offensive, Heroes of the Storm, and Overwatch ran without any lag or stutters at 1080p resolution on low graphics. GTA V, The Witcher 3 and Shadow of the Tomb Raider all delivered playable frame rates on low graphics at 720p resolution. This makes the Elk Bay NUC suitable for some casual gaming, which is quite impressive considering the machine isn’t designed for gaming. The fans do get loud when running at full power to maintain playable frame rates in games and the NUC can also get quite hot. The CPU reached its 100-degree Celsius threshold under load and you do see some thermal throttling. However, surface temperatures didn’t seem to be an issue. Additionally, multitasking between MS Office apps, web browsing, and the occasional Photoshop doesn’t put the CPU under any load and are handled with ease.

Intel’s Elk Bay NUC unit is priced at $495 (Roughly Rs 37,050) in the US. While Intel has confirmed that the unit is available for sale in India, it has noted that prices can vary depending on the vendor. That being said, if you can get your hands on an Elk Bay unit or units for personal or professional use in an office, then don’t hesitate to do so. The use case for an NUC kit is still pretty niche, but Intel has managed to fit a ton of performance in a very compact form factor. What the NUC does is offer an intelligent way to offer desktop power in a much smaller form factor than the usual towers. It is worth noting that Intel’s Elk Bay NUC is available in several different configurations with more budget options using less powerful 11th Gen processors, making them an ideal choice for regular productivity work. Sure, the NUC cannot really handle competitive or enthusiast gaming, but being able to indulge in some casual gaming on a machine primarily designed for productivity is pretty impressive.

It is worth noting that when factoring in the price of the NUC, you have to take into account the extra cost for the RAM, storage, and operating system. Additionally, availability might also be an issue. However, the market for barebones and mini PCs is growing and Intel’s NUC line up are among the best of these new systems on offer. For more information on all the specifications of Intel’s barebones systems, head on over to the link.