Check out our full spec comparison of the ROG Phone 5 and ROG Phone 3.

Asus recently dropped the ROG Phone 5 in India and despite several improvements across the board, the ROG Phone 5 debuted at the same price as its predecessor. However, the ROG Phone 3 and ROG Phone 5 are almost indistinguishable from one another on paper. So, let’s dive into the spec sheet of both ROG Phones to see just how much has changed from the last generation.

The finish of the ROG Phone 5’s back panel has changed a bit from the previous generation, but the overall aesthetic of the phone remains more or less the same. On the front, screen protection on the ROG Phone 5 has been updated to Gorilla Glass Victus. Even the RGB lighting on the back has changed, with the standard ROG Phone 5 receiving a dot display, while the ‘Pro’ and ‘Ultimate’ models opt for a ROG Vision display that offers more customisations than just changing colours and effects. 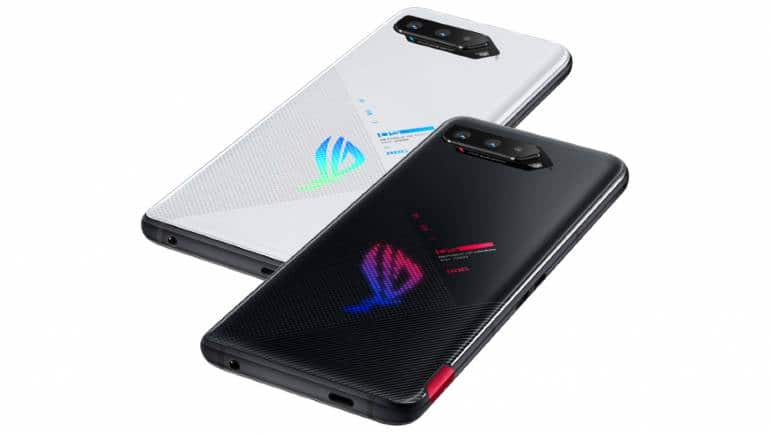 The headphone jack has also made a return on the ROG Phone 5, while the stereo speaker system offers some of the best audio you’ll hear on a smartphone. Apart from having more responsive air triggers, the ROG Phone 5 Pro and Ultimate touch zones on the back panel can be customised depending on the game. Lastly, the ROG Phone 5 Ultimate comes in a white finish.

Apart from size, the display of both the ROG Phone 3 and ROG Phone 5 look pretty much the same on paper. However, Samsung has built a custom E4 AMOLED panel for the ROG Phone 5 that boasts a 20.4:9 aspect ratio. The ROG Phone 5 has a slightly higher-touch sampling rate and a higher typical brightness of 800 nits as opposed to 650 on the ROG Phone 3.

In the camera department, nothing has changed on the hardware front. It is worth noting that the updated images signal processor on the Snapdragon 888 chip will ensure better image processing. But you’ll have to wait for the full review for an in-depth look at camera performance.

While both the ROG Phone 5 and ROG Phone 3 featured the same launch price in India, the latter has received a price cut in India since its launch. However, for Rs 3,000 more, the ROG Phone 5 offers so much more. Despite having nearly identical spec sheets, Asus has made a ton of hardware and software tweaks to improve the overall experience with the ROG Phone 5, which I feel makes it more than worth the price.