2019 was a year of some major political decisions, unexpected and unusual alliances, political crises and significant Supreme Court judgements -- take a look at the events that defined 2019 in politics

The year 2019 was important for Indian politics, with the nation voting in seven phases in what is called a celebration of democracy— the Lok Sabha polls — and handing a thumping mandate to the ruling Bharatiya Janata Party (BJP).

Many would argue that the mandate changed everything for this year and its politics. While the debate on the 2019 elections and its impact and implications would continue, let's take a closer look at what this year entailed for Indian politics.

Balakot air strike: In February, after a terrorist attack in Jammu and Kashmir's Pulwama martyred 40 security personnel, the Indian government decided to carry out retaliatory airstrikes on terror camps in Pakistan. This led to a major escalation of tensions between the two nuclear-armed countries, and a risk of war. Apart from changing the dynamics of South Asian diplomacy, the airstrikes also set the tone for the general elections, scheduled for April-May. The airstrikes and national security ended up becoming major poll planks during the election.

Fall of the titans: The subsequent Lok Sabha polls saw the BJP-led National Democratic Alliance (NDA) come back to power with a thumping majority. But the story was also in the fall of senior leaders, particularly from the opposition, during the polls. Rahul Gandhi, under whose leadership Congress had entered the poll fray, lost his family bastion Amethi.

Gandhi's fate was repeated in the loss of other Congress veterans, such as Digivijaya Singh and Jyotiradtiya Scindia. Janata Dal (Secular) supremo and former Prime Minister HD Deve Gowda also registered a loss, and so did former J&K Chief Minister Mehbooba Mufti.

Rafale deal and the politics surrounding it: If national security was BJP's poll plank, the alleged corruption in Rafale deal was the Congress' prime issue against the BJP during the Lok Sabha polls. It did not work, however, as was evident after the polls results, in which Congress managed to secure only 52 seats— one of its worst performances since the party's inception.

Karnataka political crisis: A political drama that engaged everyone for over two weeks in July, it included everything from a rebellion to chartered flights, not to mention meetings at airports. 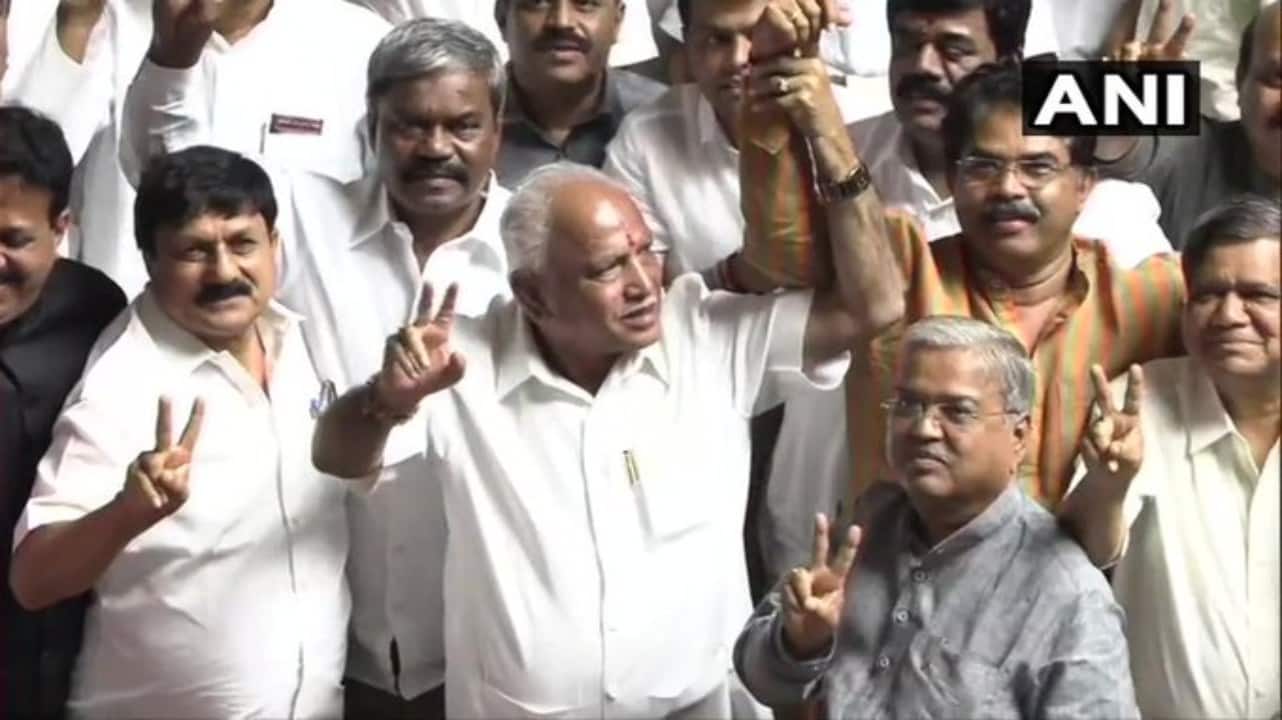 It all resulted in a nail-biting floor test that saw the HD Kumaraswamy-led Congress-JD(S) government fall. The BJP, whose BS Yediyurappa had resigned as the CM after two days in 2018, came back to power and consolidated its hold in the Karnataka Assembly after the recent bypoll win.

Abrogation of Article 370: The Indian government's decision to abrogate Article 370 of the Indian Constitution, that granted special status to J&K, was perhaps the biggest political development of the year, which is saying something in a year of massive political twists and turns.

On August 5, after a night of detentions and internet shutdowns in the Valley, Home Minister Amit Shah announced the government's decision in Rajya Sabha. The announcement came after days of uncertainty in which the annual Amarnath Yatra was curtailed and troops were moved to the erstwhile state in hordes. 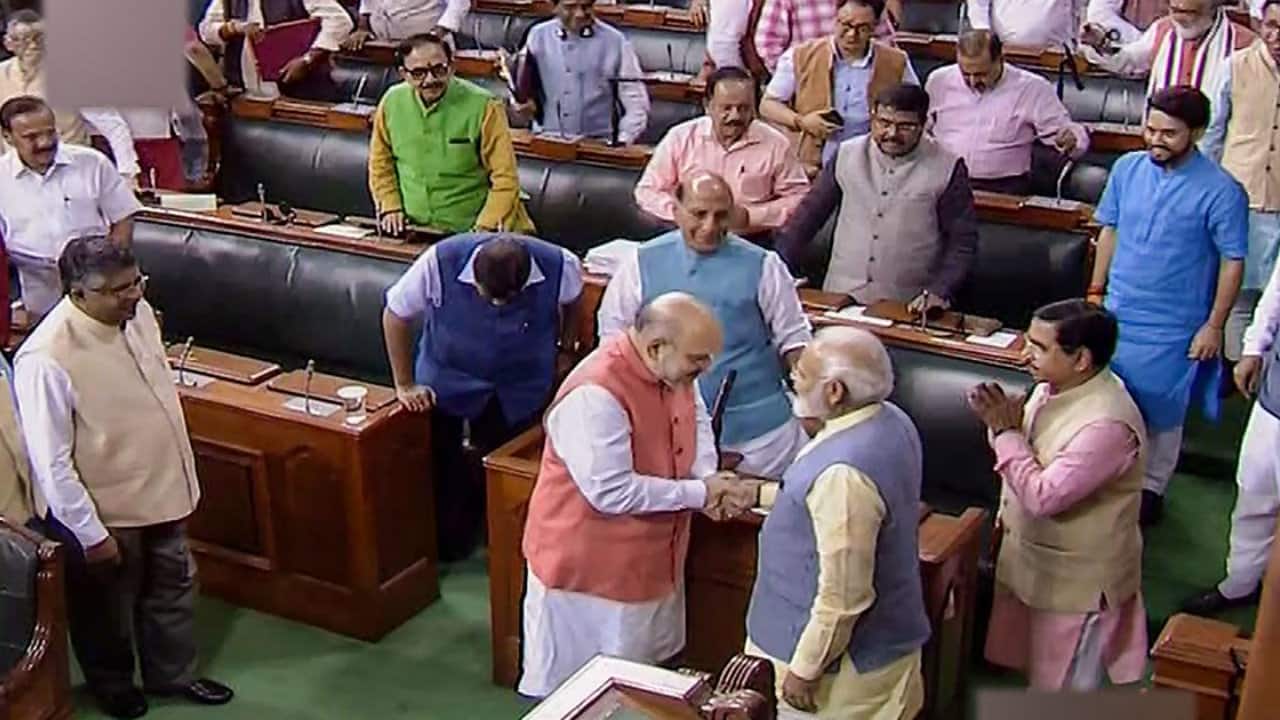 Home Minister Amit Shah is seen with PM Modi after a Bill to bifurcate J&K was passed in Lok Sabha. (Image: PTI)

The former state was bifurcated into two Union Territories (UTs) of J&K and Ladakh, and the overall move received criticism from the Opposition, particularly for the unprecedented clampdown in the Valley. However, the government, four months into the development, continues to assure that the move will better integrate J&K into India.

Arrest of P Chidambaram: Former Finance Minister and senior Congress leader P Chidambaram was arrested in the INX media case in August after a night of high drama, which included Central Bureau of Investigation (CBI) officials climbing up and jumping off gates and walls. He was granted bail on December 4, after spending over 100 days in custody. The arrest created political controversy, with Congress sticking by its leader and accusing the BJP of using central agencies to intimidate political opposition.

George Fernandes, a symbol of the anti-Emergency movement, and former defence minister, also passed away this year. Ram Jethmalani, a legal doyen and minister in the Atal Bihari Vajpayee government, also died this year.

Maharashtra political crisis and forging of new alliances: While the BJP came out as the single-largest party after the Assembly polls in the state, it took a month and a detour around the corridors of power and law in New Delhi for a government to be finally installed in the state. 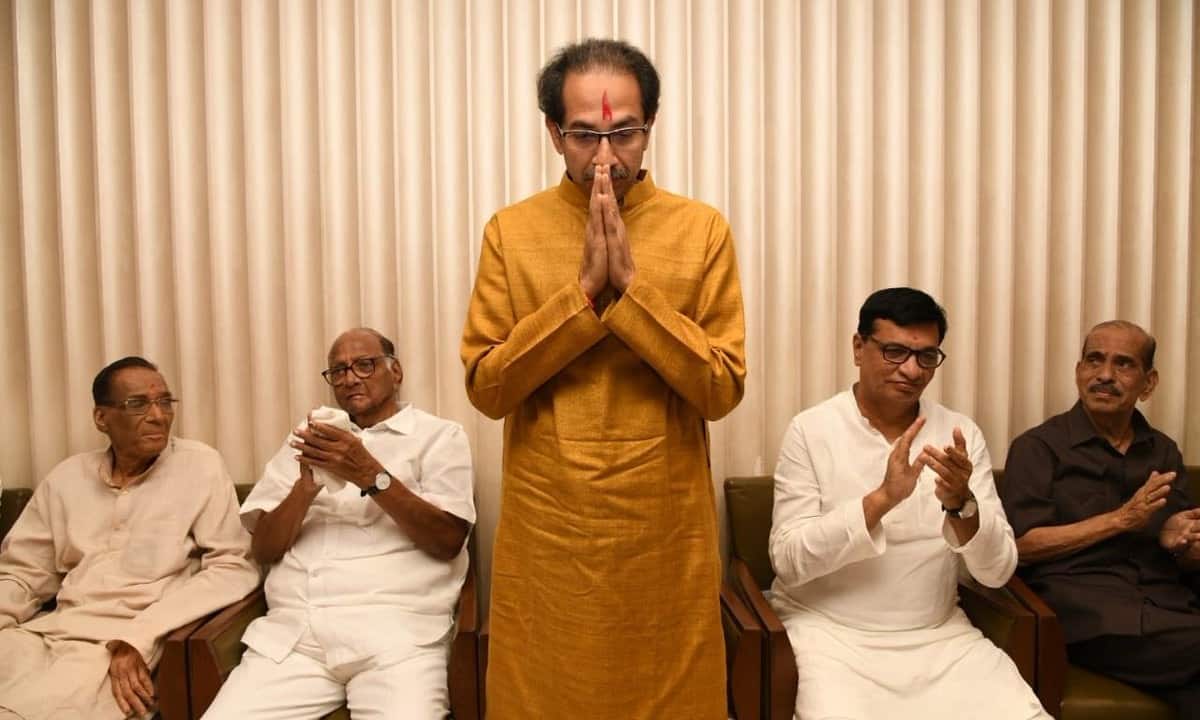 It all started with BJP's pre-poll ally, the Shiv Sena, demanding a sharing of the CM post and the BJP refusing to grant that demand. It ended with Sena joining hands with the two parties it had fought the elections against: Congress and the Nationalist Congress Party (NCP). And it all went via internal party rebellions, family rivalries and a short-lived Devendra Fadnavis-Ajit Pawar government.

Ayodhya verdict: If abrogation of Article 370 was the biggest political development of the year, the Ayodhya verdict was the most anticipated one.

The Supreme Court ruled in favour of Ram Lalla, bringing an end to a decades-long debate. Although it was a verdict delivered by the SC, the BJP highlighted it as the party fulfilling of its promise, made in their manifesto, and used it to their advantage in subsequent Jharkhand Assembly polls (which the party ended up losing).

CAA, NPR, NRC: The ongoing stir after the passing of the Citizenship Amendment Bill (CAB), starting in Assam and then spreading to other parts of the country, represented what is perhaps the strongest demonstration against a policy of the Modi government. 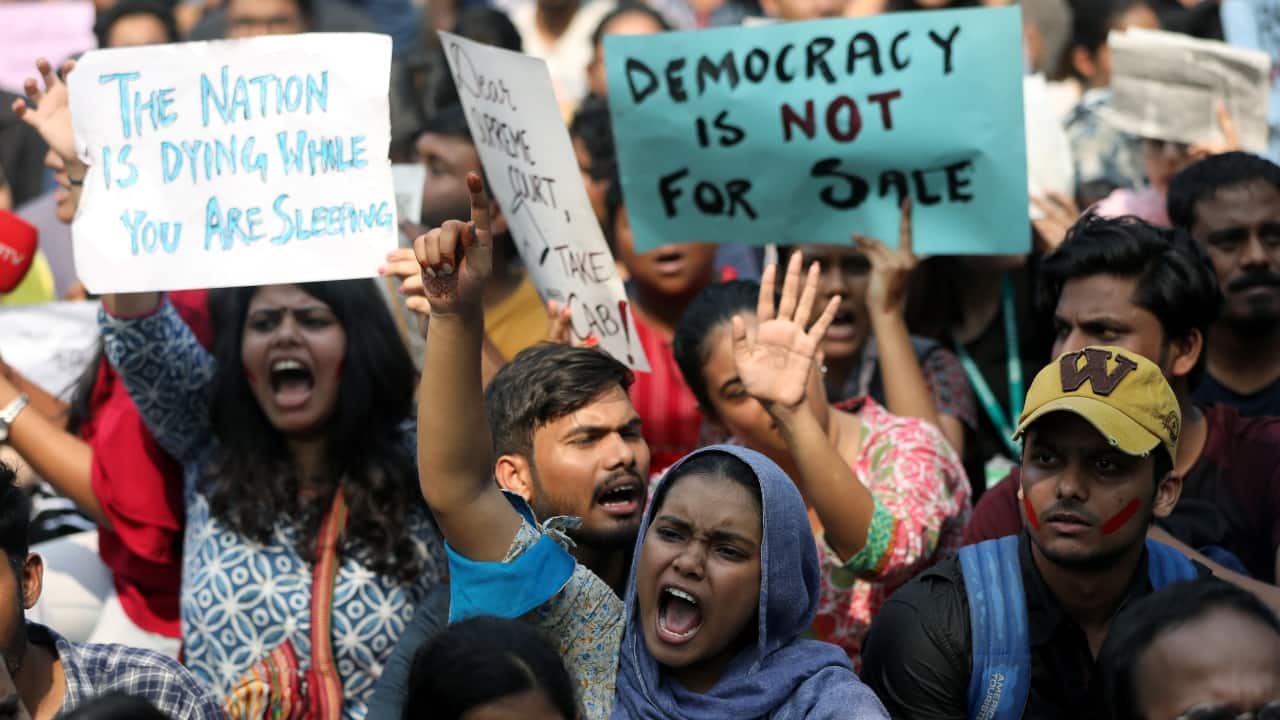 Reports suggest that thousands across the country have hit the streets to protest what they say goes against the basic tenets of the Indian Constitution. Moreover, the protesters have alleged that CAA, when looked at collectively with the National Register of Citizens (NRC), could end up targeting the Muslim minority in India.

While the government has sought to address these concerns by stating that NRC and CAA do not have any relation, and neither do the National Population Register (NPR) and NRC, earlier statements by Home Minister Shah point towards the opposite.
Atharva Pandit
Tags: #Article 370 #Assembly Polls 2019 #Ayodhya verdict #Current Affairs #India #INX media case #Karnataka political crisis #Lok Sabha polls 2019 #Politics
first published: Dec 27, 2019 03:38 pm