How should you use rollover data while trading in derivatives

Rollover percentage actually indicates whether the traders are willing to carry forward their existing positions (long or short) to the next series or not. Generally, the rollover figures alone will not indicate which direction traders are betting on.

Generally, the term ‘rollover’ is used in many ways in the financial industry, which indicates carry-forwarding something. As far as financial markets are concerned, ‘rollover’ involves carry forwarding of ‘futures’ positions from one series (which is nearing expiry date) to the next one.

As we all know, in F&O segment, contracts are settled on the last Thursday of every month; thus, positional traders holding positions in futures segment are left with two options, either let the position lapse or enter into a similar contract expiring at a future date (rolling position to the next series). Hence, to rollover, one has to square-off position in the current series and create similar positions in the next series.

Let’s assume that a trader holds a long position in stock futures of June series and he expects further upside in the near term. He can opt to rollover his long position to July series to fetch higher returns from the same stock. On the flip side, if a trader is expecting a halt in the ongoing move then he may let the contract expire.

Rollovers are basically expressed in percentage term. It is calculated by dividing the mid and far series contracts to the total contracts prevailing in futures of a particular stock and multiplying it by 100. Rollover percentage actually indicates whether the traders are willing to carry forward their existing positions (long or short) to the next series or not. Generally, the rollover figures alone will not indicate which direction traders are betting on. You will have to see the price action in previous series to understand which trades are getting rolled over. 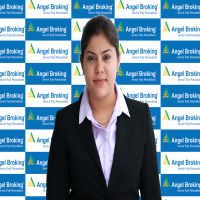 On most of the occasions, ‘lower-than-average’ rollover signals uncertainty, while higher rollovers indicate strong sentiments and the ongoing momentum to continue. Hypothetically, if rollover in Nifty futures from January series to February is at 75 percent and the three-month average is 65 percent, it means traders are more convinced about their views on the market and willing to carry forward their positions in February series. However, many times, rollover trends can be misleading. For instance, 70 percent rollover may have taken place at a lower base of open interest and the average rollover is 65 percent; here, rollovers are high in percentage terms; but is low if open interest is considered. Similarly, if 65 percent rollover took place at a higher base of open interest and the average rollover is 70 percent, in such case, rollover may be low in percentage term; but, is decently high in terms of open interest.

In the below table, one can see the brief understanding of how to analyse trends using month on month change -

NOTE- In case of meaningful reduction in open interest, we don’t get clear picture on future trend

Now, let us take an example on Nifty to see how this works practically. Below mentioned table consist of expiry data. Here, in the series March to May 2016, Nifty rallied from 70001.1 to 8321.05 with good amount of long additions. The rollover in percentage terms for all 3 series were not at par to its averages, but was on the higher side in terms of open interest. Hence, we saw a continuation of the rally series on series. Again, we saw a good amount of rally in July 2016; but no major price action was seen for the next two series (i.e.-August and September).

However, all these long positions got lightened up till November 2016. Going ahead, Nifty again rebounded in December series and added significant long positions, which also got rolled series on series. Thus, the rally in Nifty may continue unless we don’t see any meaningful profit booking. Thus, from the above example, one can clearly see how we trace the upcoming trend upon positions formed and rollovers percentage.

(The writer is equity derivative analyst of Angel Broking & the opinion is for reference only.)
Tags: #derivatives #investing #markets #rollover #Sneha Seth
first published: Jun 21, 2017 10:53 am