Amrut Distilleries MD Rakshit Jagdale: "We did not anticipate the Indian market to be this big in terms of sales"

Rakshit Jagdale on the craft spirits segment, ageing of Indian single malts, a new single barrel rum made with 100 percent jaggery and what he'd do differently if he could turn back time.

Amrut Distilleries’ pioneering journey as the first Indian single malt began with the launch of the Amrut Single Malt whisky in Glasgow, in 2004. In 2010, after whisky guru Jim Murray rated Amrut Fusion the world’s third-best whisky in his annual Whisky Bible, demand shot up. Today, the 74-year-old Bangalore-based distillery’s single malt whiskies are much sought after by whisky lovers across the world, and its competitors, from Paul John to Piccadily Distilleries, unfailingly credit it for paving the way for them.

Amrut, which launched its whiskies in India in 2010, has always been accused of, and not unjustifiably so, of favouring exports, but today it sells more single malts in India than anywhere else in the world. In this interview, Rakshit Jagdale, the managing director of the company, speaks about the potential of the premium alcohol segment in India; his next launch, a single barrel rum, and missed opportunities. Excerpts:

India is now the largest market for Amrut’s single malt whiskies. Were you expecting this development to take place sooner?

No, we did not anticipate the Indian market to be this big in terms of sales. It has come as a pleasant surprise. In terms of numbers, we will be touching about 60,000 nine-litre cases globally for our single malt whiskies this year. Then, we have the Amrut Amalgam (blended malt whisky) — that would be another 35,000 to 40,000 cases. If you only look at single malt whisky sold in India, we should be finishing the year at around 33,000 cases. These sales are driven by young consumers, and this is something we noticed a little after as we started our journey in 2010, in Bangalore, with the Amrut Fusion and Classic. As we moved along, we realised that the young Indian single malt whisky consumer is very knowledgeable and curious about whisky. You see the same thing at play in the EU, unlike, say, in the UK, where whisky is considered to be a middle-aged man’s drink. I think the inflection point came around 2014. By this time we had also entered Mumbai, and I remember sales virtually doubling, and after that, to be honest, we didn’t have enough stock to sell in India.

Also read: Paul John: ‘I hope new brands do not dilute the high regard whisky lovers have for Indian single malts’

How do you view the craft spirits space in India? It’s been buzzing with launches.

I expect the craft spirits segment for Indian single malts to grow phenomenally. The only issue I have here is that there are certain quality and pricing benchmarks that have been established by the existing players such as ourselves, Rampur, and, to a certain extent, Paul John, and these have to be maintained. The consumer knows that Indian single malt is expensive because it is, like Japanese whisky, a quality product and quality always commands a specific price.

The Food Safety and Standards Authority of India (FSSAI) has released certain guidelines concerning the production of single malt whisky, but it needs to be more clearly defined. It says that Indian single malt whisky can be matured for a year. But a lot of us feel that the maturation period has to be a minimum of three years, because a year-old whisky, despite being matured in India, in tropical conditions, is fairly young. And, if you have brands come in and launch these whiskies at a lower price point, it will create issues in terms of how Indian single malt is perceived.

Amrut makes everything except tequila. But I believe you are taking a closer look at other spirits in the crafts space?

Absolutely. We are planning to launch a unique single barrel rum around August. It is made from 100 percent jaggery; and it’s come out exceedingly well. I’m also excited about a craft brandy that’s on the drawing board. 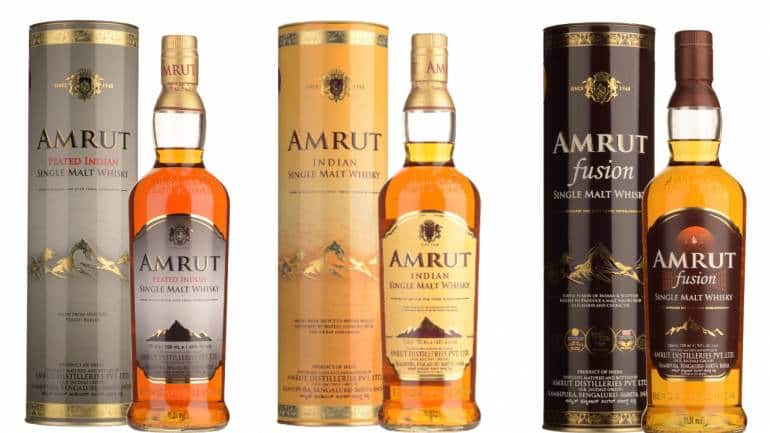 You recently launched the Spectrum 004 in India, and the Single Malts of India project last year. Amrut has always been big on experimentation. Is that a strategy you’ve adopted to differentiate yourself from other single malt makers?

Yes. Innovation is at the forefront of what we do, and it will remain that way. The Spectrum 004, which is matured in a cask made of four different kinds of oak wood, is special. And with regard to The Single Malts project, we will be releasing another expression later this year. Last time, we used base spirits from coastal regions of Tamil Nadu, this time, we are moving to the mountains. But whiskies such as these still revolve around our core of six single malt whiskies such as the Amrut Classic, the Indian Single Malt and the Fusion.

Your company’s journey has been a pioneering one. Looking back now, 12 years after you entered the Indian market, is there anything you think you could have done differently?

Well, I would think that we should have perhaps paid more attention to the steep growth trajectory of our whiskies and increased our distilling capacity in around 2013 or 2014. We were a bit late on that. (Amrut Distilleries commissioned its new distillery in 2018, and can now distill close to a million litres.)