Danish Siddiqui, who earned widespread acknowledgment for his photojournalistic work amidst the raging pandemic, had once said, "I respect my subjects the most – they give me my inspiration."

A man walks past burning funeral pyres of people, who died due to COVID-19, at a crematorium ground in New Delhi on April 22, 2021. (Image: Reuters/Danish Siddiqui)

Killed in line of action in Afghanistan, Indian photojournalist Danish Siddiqui was regarded as one of the best chroniclers of his time. Before being deputed to the war-torn country, Siddiqui had already left a mark with his work in India - capturing some of the most critical moments in its recent history.

The deceased's photojournalist work had jolted the nation when he captured the pain of communal riots that ravaged Delhi in early 2020, the plight of migrants triggered by the outbreak of COVID-19, and the devastation caused by the second wave of pandemic.

In his early 40s, Siddiqui was heading the Reuters Pictures multimedia team in India. He was active on the ground when parts of India were gripped under unrest due to the passage of Citizenship Amendment Act (CAA). 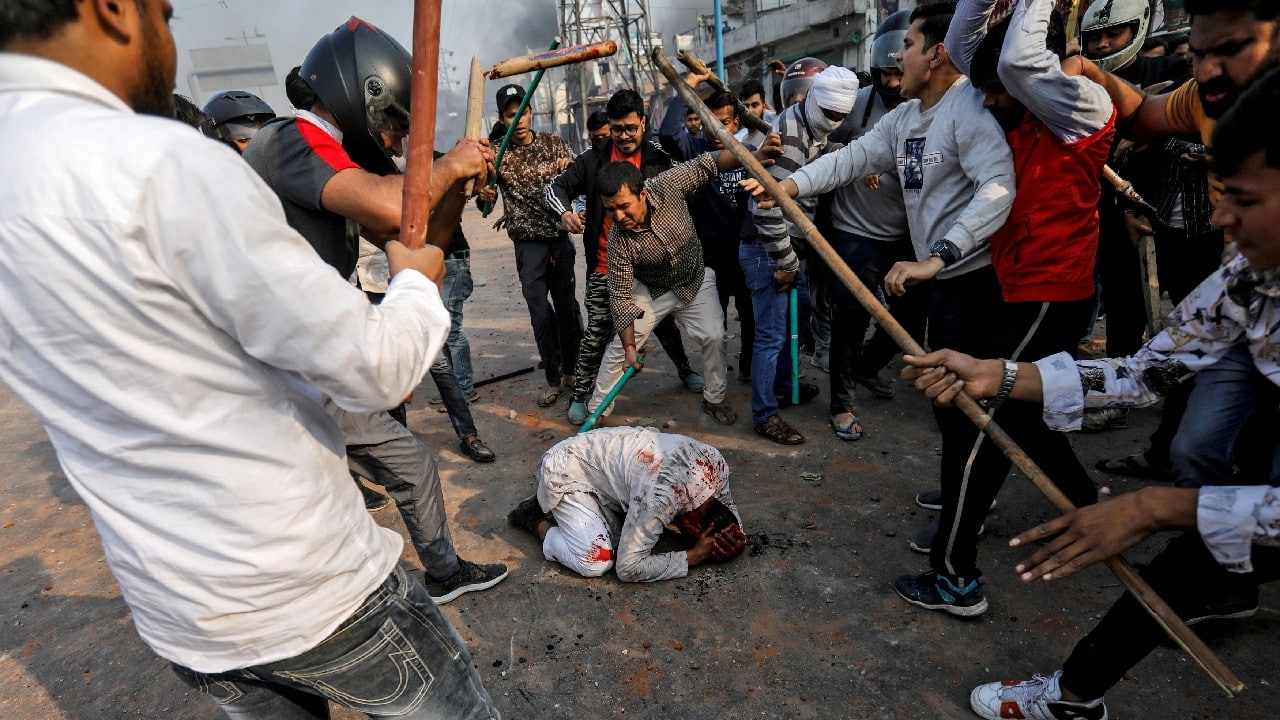 Reuters, in a profile page dedicated for Siddiqui, noted that he was well-versed with covering most genres of journalism including politics, sports and business, but what he preferred the most was "capturing the human face of a breaking story". “I really like covering issues that affect people as the result of different kind of conflicts,” he said.

Siddiqui had also powerfully captured the moment when a shooter charged towards a group of anti-CAA demonstrators belonging to the Jamia Millia Islamia University in the Indian national capital. A person brandishes a gun during a protest against a new citizenship law outside the Jamia Millia Islamia university in New Delhi, January 30, 2020. (Image: Danish Siddiqui/Reuters)

When India was hit by the COVID-19 pandemic, Siddiqui played a key role in chronicling the plight of migrants. The lockdown imposed to curb the spread of virus had severely hit the daily wage earners, who embarked upon staggering journeys - including on-foot - to return to their native villages.

The heart-wrenching scenes had emerged in late March and April, 2020, after a 21-day complete shutdown was imposed in a bid to control the transmission of the deadly virus. All forms of commutation mediums were snapped during the initial phase of total lockdown. Dayaram Kushwaha, a migrant worker, carries his 5-year-old son, Shivam, on his shoulders as they walk along a road to return to their village, during a 21-day nationwide lockdown to limit the spreading of coronavirus, in New Delhi, India, March 26, 2020.

In Siddiqui's own words, he "shoots for the common man who wants to see and feel a story from a place where he can’t be present himself."

"My biggest lesson so far has been to adapt myself as quickly as possible when the story changes in the middle of an assignment," he had further said. In 2018, Siddiqui, who recently did extensive coverage of the graveyards and mass cremations during the COVID-19 outbreak in India, became the first Indian – along with his colleague Adnan Abidi – to win the Pulitzer Prize for Feature Photography for documenting the Rohingya refugee crisis. (Image: Danish Siddiqui/Reuters)

When the second wave of COVID-19 wreaked havoc in India, Siddiqui was among the top photojournalists who presented the depth of the crisis through their work.

Not only the urban centres, but Siddiqui also visited rural parts of the country to capture the plight of the underprivileged. The pictures clicked by him brought to the fore the pain and agony caused by the second round of pandemic, which nearly crippled the health infrastructure in parts of the country. A mass cremation of victims who died due to the coronavirus disease (COVID-19), is seen at a crematorium ground in New Delhi, April 22, 2021. Picture taken with a drone.(Image: Danish Siddiqui/Reuters)

Siddiqui, who earned widespread acknowledgment for his work amidst the raging pandemic, had once said, "I respect my subjects the most – they give me my inspiration." A woman is consoled by her children after her husband died due to the coronavirus disease (COVID-19) outside a mortuary of a COVID-19 hospital in New Delhi, India, April 15, 2021. (Image: Reuters/Danish Siddiqui)

Notably, Siddiqui was based in Mumbai and had began working as a television journalist in 2007. He later switched to photojournalism in 2010.

Tributes poured in from all corners following his shocking demise. The Information & Broadcasting Ministry, Press Club of India and the Afghan Embassy in India paid homage to the deceased photojournalist.

"Danish Siddiqui leaves behind an extraordinary body of work. He won the Pulitzer Prize for photography and was embedded with the Afghan Forces in Kandahar. Sincere condolences. RIP," I&B Minister Anurag Thakur said.

Afghanistan's Ambassador to India Farid Mamundzay said he was "deeply disturbed" on learning about Siddiqui's death. "The Indian Journalist and winner of the Pulitzer Prize was embedded with Afghan security forces," he said.

Afghan President Ashraf Ghani also expressed sorrow over Siddiqui's death in the clashes involving Taliban. "I am deeply saddened by the shocking reports that Reuters photojournalist Danish Siddiqui was killed while covering the Taliban atrocities in Kandahar," he said.