The Discom Story: There’s pain and it ain’t new

Turning the distribution business around should be the core priority of policymakers. Till that happens, power shortages will remain a recurring problem and not an aberration.

This summer, power outages have come back to haunt us.

Some state discoms, which were earlier in denial mode, have now admitted to curtailing electricity supply. Some have branded load shedding as ‘power holidays’, while some others are managing the demand-supply mismatch under the guise of routine summer maintenance.

Different stakeholders have offered different reasons about what has caused this crisis. Those reasons include an increase in demand due to an early and harsh summer, the rise in economic activity, bottlenecks and limitations in transportation of coal from mines to power plants, the unfortunate timing of planned/unplanned maintenance shutdowns of power stations, as well as the high prices of imported coal and natural gas as a result of the Russia-Ukraine war.

These reasons may be mutually exclusive but are not collectively exhaustive. That is, while they do provide a sense of what is causing strained supplies in the immediate term, they miss highlighting what is at the core of the power shortage issue in India.

And that is the ability and ambition of state distribution companies to put their house in order.

Efficiency and Lack of Independence

The financial health and operational efficiency of discoms is crucial in order to have a reliable grid that can meet the energy needs of a growing economy.

Every single agency or stakeholder in the value chain of power supply — from coal miners and the railways to generators and electrical equipment vendors — are impacted by the viability of discoms. Efficient distribution operation is crucial not only for development of the power sector but also for the economy as a whole, since reliable electricity supply has a direct correlation with GDP. 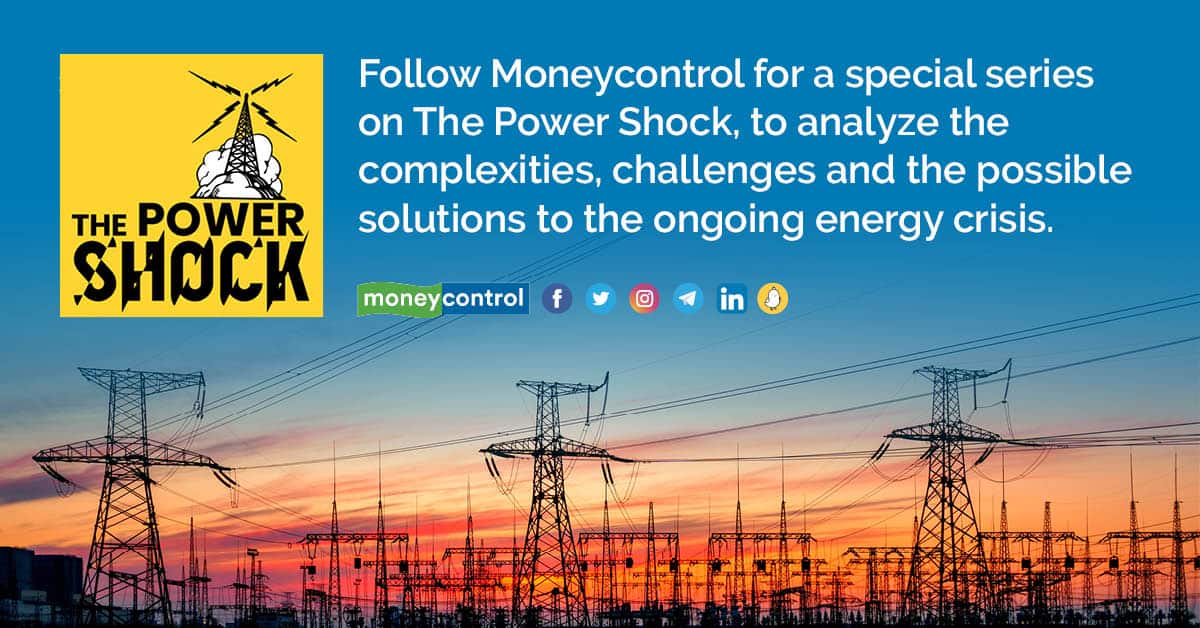 However, in reality, state government-owned distribution companies lack the competence and independence to work efficiently, which in turn makes them financially unviable. Other factors impacting discom finances is the difference between the cost of electricity and the price at which electricity is sold to consumers. Even with continued support from the central government by way of direct grants and special loans disbursed through Power Finance Corporation Ltd, the all-India gap between the average cost of supply and average revenue realised is 0.32 Rs/kWh, per data reported on the Ministry of Power’s UDAY portal. That is for every unit of electricity sold, the discoms are unable to recover 32 paise!

Timely tariff revisions are advised but in practice rate hikes are overshadowed by populous politics. For instance, in Telangana, retail tariffs were increased for FY23 after a gap of five years, during which rates were kept constant. TANGEDCO, the Tamil Nadu discom, which alone owes about 20 percent of the all-India outstanding dues to generators, has a track record of not filing tariff petitions for multiple years in a row.

Further there is the challenge of recovering regulatory assets, which are deferred spends of discoms that are supposed to be recovered via tariffs in future years. Given that tariffs already do not reflect current costs, such recoveries of past deferred spends has truly become an albatross around discoms’ necks. Experts say that the regulatory assets may be worth well over INR 900 billion, recovery of which will result in a tariff shock to consumers.

The spiral of payment risk

The fallout of this inefficiency and mismanagement is reflected in the discoms’ ability to pay power generators and other vendors, creating a downward spiral of payment security risk.

The financial weakness of discoms and delays in payment are constantly flagged as a key challenge by government-owned and private generators alike. As of end February 2022, the total dues of power discoms to generators was INR 1,009 billion, with the largest outstanding from the discoms of Tamil Nadu, Maharashtra and Uttar Pradesh. This is a huge jump from the outstanding dues of INR 620 billion just eight months ago, in June 2021.

A Supreme Court order in January 2022 went to the extent of warning defaulting discoms of nil supplies from generators unless the payment culture improves. According to recent media reports, some private power producers in Maharashtra discontinued part of their supply to the Maharashtra state discom on account of mounting arrears. This further aggravated the already tough situation of meeting summer demand in the state. Transmission service providers, too, are not spared and lately there has been a worrisome trend of an increase in payments outstanding, especially from Uttar Pradesh, Jammu & Kashmir, Madhya Pradesh, Tamil Nadu and Telangana.

Down the line, national coal miner Coal India Limited has time and again complained about stress on its accounts due to late payment by generators. The CIL Annual Report states its days sales outstanding increased from 44 days in FY20 to 64 days in FY21. The outstanding dues payable by power sector users to CIL stood at a staggering Rs 123 billion as of end FY22.

Discoms are no doubt the primary originator of financial disorder — a fact that is not new. In the past, too, several committees and experts have highlighted the need for a stricter payment security mechanism. There have been warnings of a full-blown banking crisis due to the increase in power sector non-performing assets. India’s inefficient, loss-making discoms jeopardise investments by other players, thereby impacting the long-term flow of funds for growth and development of the sector. HDFC Chairman Deepak Parekh had once talked of the power sector being like a leaking bucket — any effort to collect water would be futile unless the holes were fixed.

Resources adequacy and discom viability are two sides of the same coin. The distribution business turnaround should be the core priority for policymakers to minimise waste and optimise the use of limited resources, including fuel, finance and the workforce.

Till that happens, power shortages will remain a recurring problem and not an aberration.