Authorities say a meeting with NBCC officials will be held next week to resolve refund-related issues faced by homebuyers.

When contacted, the NBCC sources said that it 'is considering the refund proposal' but refused to divulge details.

Residents of the NBCC GreenView project in Gurugram on May 25 met Deputy Commissioner Nishant Yadav and submitted a letter seeking an immediate refund for their unsafe flats and demanded that an FIR be filed against the developer for endangering their lives.

They also demanded that the administration should blacklist National Buildings Construction Corporation (NBCC) and share the IIT-Roorkee report with the residents. The affected homebuyers also demanded that they should be given rent at the rate of Rs 22.5 per sq ft instead of Rs 12.55 and urged the department to direct NBCC to pay advance rent for 11 more months. The NBCC had earlier paid rent for six months to the affected families.

"We met the deputy commissioner to raise our issues and handed over the letter. We informed him that the NBCC management has not updated us on the refund proposal. He assured me that he will discuss the refund matter with the secretary of the Ministry of Housing and Urban Affairs. The deputy commissioner also said that he will be writing to NBCC for a copy of the IIT Roorkee and CBRI structural report as well as on the issue of rent," said Neeraj Gupta, a homebuyer and one of the signatories of the letter.

As many as 85 homebuyers of NBCC's Gurugram project 'Green View' have been forced to vacate their homes after they were declared unsafe. They have been demanding a refund of the amount invested along with 15 percent interest, registration and interior decoration cost as well as Rs 25 lakh towards mental agony caused to them and their families.

The project was constructed by the state-run firm NBCC. The project is located in Sector 37D of Gurugram. It was launched in 2011 and comprised 786 flats, of which only 250 units have been sold largely to working and retired government employees. The construction work started in 2012 and the project was to be delivered in 2015 but possessions were offered to 250 allottees in 2017.

On February 16, Yadav had asked the residents of Green View to vacate the premises after an IIT-D team declared the structure unsafe. He also ordered the developer NBCC to provide alternative accommodation to the residents for the duration and bear the cost of transportation, shifting and rentals.

Meeting of NBCC-DTCP expected next week

"In the case of NBCC, we have received a report from IIT Roorkee that declared the building unsafe for living. We will call a meeting of NBCC by next week. In the meeting, we will discuss modalities such as refund option for buyers, demolition of the structure or any other option," Batth said.

Yadvendra Yadav, a resident of NBCC GreenView, said that the flat owners want a refund of the flat cost with 15 percent interest, registry charges, interior decoration cost and a compensation of Rs 25 lakh for 'mental harassment'. The buyers had paid around Rs 65 lakh to Rs 90 lakh for the flat depending on the size.

While NBCC had paid rent to around 30 flat owners for six months, there is uncertainty over the continuation of rent payment in case of a delay in settlement.

"They have not given us any indication for a refund and we are also not sure whether they will continue to pay us rent until a resolution is found. A rental amount of Rs 12.5 per sq ft for rent was decided by them without holding discussions with us whereas Chintels paid Rs 30 per sq ft," claimed G Mohanty, RWA president, NBCC GreenView.

Also Read: A look at structural safety guidelines released by the Haryana government

While there are around 270 homebuyers in the building, only 85 families including 55 tenants were residing there. "Out of 270, some were not given possession and some flats owners refused to take possession owing to the uninhabitable condition of the flats. I am a retired officer and now at this age, am I supposed to struggle for a house? Should I suffer for their fault? Our whole family is in distress," said Mohanty. 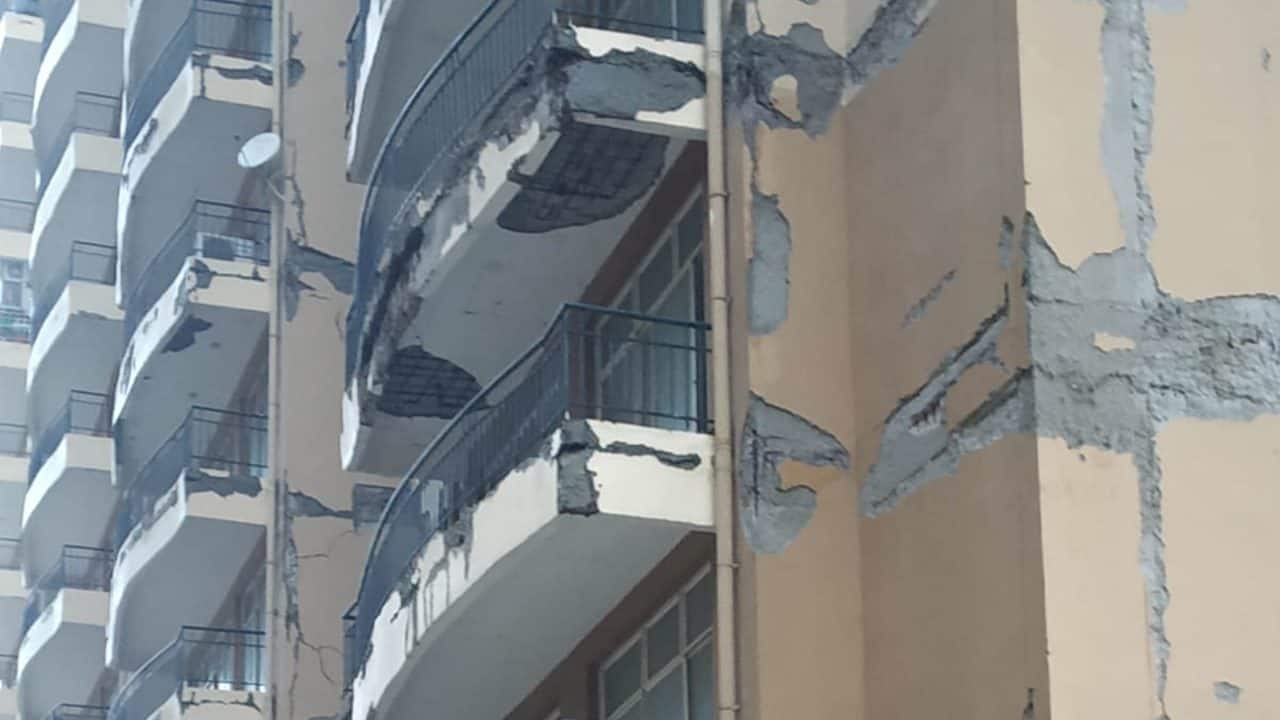 When contacted, the NBCC sources said that it 'is considering the refund proposal' but refused to divulge details.

"How am I supposed to buy another house with prices having touched the roof in Gurugram in the last 10 years? The deputy commissioner should intervene and issue instructions to NBCC to demolish this building within 15 days failing which the district administration will take it over for demolition. The administration can blacklist the company, they can take over the possession of the land and auction it to repay the buyers," Mohanty noted.

The Association of Apartment Owners (AOAO), NBCC Green View Group Housing Project had filed a writ petition in the Punjab & Haryana High Court demanding an immediate refund of money to the displaced owners. The next hearing will take place on September 26, 2022.

Venket Rao, Rera expert and founder of Intygrat Business Advisory, said that the buyers can also approach both the National Consumer Disputes Redressal Commission (NCDRC) as well as Real Estate Regulatory Authority (RERA) if they are unhappy with the resolution provided by the developer.

"If the buyers proceed to the consumer court, they may get a direction for refund plus compensation if the building is completely uninhabitable. Then, there may be a possibility that the building may be uninhabitable today but it may be corrected in a fashion to make it habitable in future. In such a case, maybe the court may mould the relief and issue a direction for suitable compensation and direct the developer to completely rectify the building. If it comes down to demolition, then the refund is the option though there may be a possibility that the developer may offer to give buyers the same kind of apartments in its other projects along with reasonable compensation for the period they live outside their homes. In RERA, there is a five year period where the developer is required to rectify all the defects and hand the project over to the allottees. Here, they can also get some compensation for the losses suffered," said Rao.
Akash Sinha
Tags: #developers #Greenview #NBCC #Real Estate
first published: May 25, 2022 09:02 pm