The Consumer Price Index (CPI) based inflation stood at 7.61 per cent in October — the highest since May 2014.

Most risk-averse investors prefer to stay away from the volatility of the equity markets despite their closing at record highs in last week. They prefer investing in bank fixed deposits (FDs) for their goals, as they consider them to be the safest avenues, given that returns are assured. Banks have reduced interest rates on fixed deposits across tenures after steady repo rate cuts by the Reserve Bank of India (RBI).

Despite falling rates, there are still some banks that offer attractive interest on one-year FDs. Not surprisingly, smaller private banks offer better rates, given the competition they face in garnering deposits. 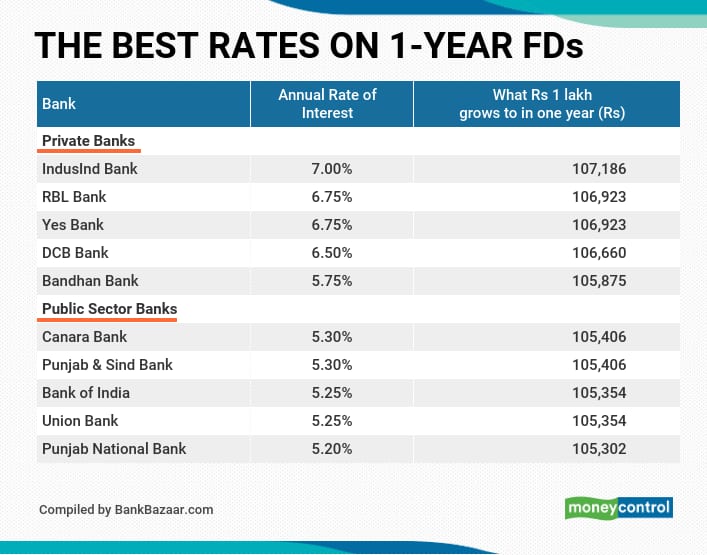 The data on FDs is as on November 11, 2020, as given in the respective banks’ websites. Interest rates of all listed (BSE) private banks and foreign banks are considered for data compilation. Banks for which verifiable data is not available are not considered. The minimum investment amount may vary depending on the type of the term deposit account. For all FDs, quarterly compounding is assumed.
Moneycontrol PF Team
TAGS: #bank #fixed deposit
first published: Nov 17, 2020 10:38 am