New BMW C 400 GT: What you should know about India’s costliest scooter

Would you part with Rs 10 lakh for a … scooter?

If you’re in the market for a new vehicle, what can you buy with a budget of Rs 10 lakh? If you want four wheels on that vehicle, the world is your oyster – everything from a Renault Kwid to a Hyundai i20 to a Kia Sonet can be had.

If two wheels are more your thing, the sky is literally the limit – you can buy 10 commuter bikes, three or four Royal Enfields or something like the sexy, powerful Kawasaki Z900. Would you, however, lay down Rs 10 lakh for a… scooter? That’s what BMW wants for the new C 400 GT it launched yesterday for Rs 9.95 lakh, which clearly means it thinks that there are people out there who will think nothing of that electrifying price tag.

One of the reasons the C 400 GT costs so much is because it’s a Complete Built-Up (CBU) model—those automobiles that are imported as fully-assembled units. If BMW goes down the Completely Knocked Down (CKD) route— vehicles assembled at a local factory—for it at some point, its price will of course reduce considerably.

For that to happen, BMW will need to consider that course of action worth its while in terms of numbers, and a CBU launch is a way of testing the waters. My view is that this scooter will be far too niche a product to justify CKD production, but I’d be happy to be proven wrong.

The C 400 GT is what is known as a ‘maxi’ scooter – bigger wheels, frame, engine, body, more storage et al – but so far in India, the ‘maxi-est’ scooter you can lay your hands on is the Aprilia SXR 160, which has a 160cc engine and costs Rs 1.28 lakh. In effect, you can buy almost eight of them for the price of a single C 400 GT. If that impresses you, here’s what else BMW’s pricey scooter offers. 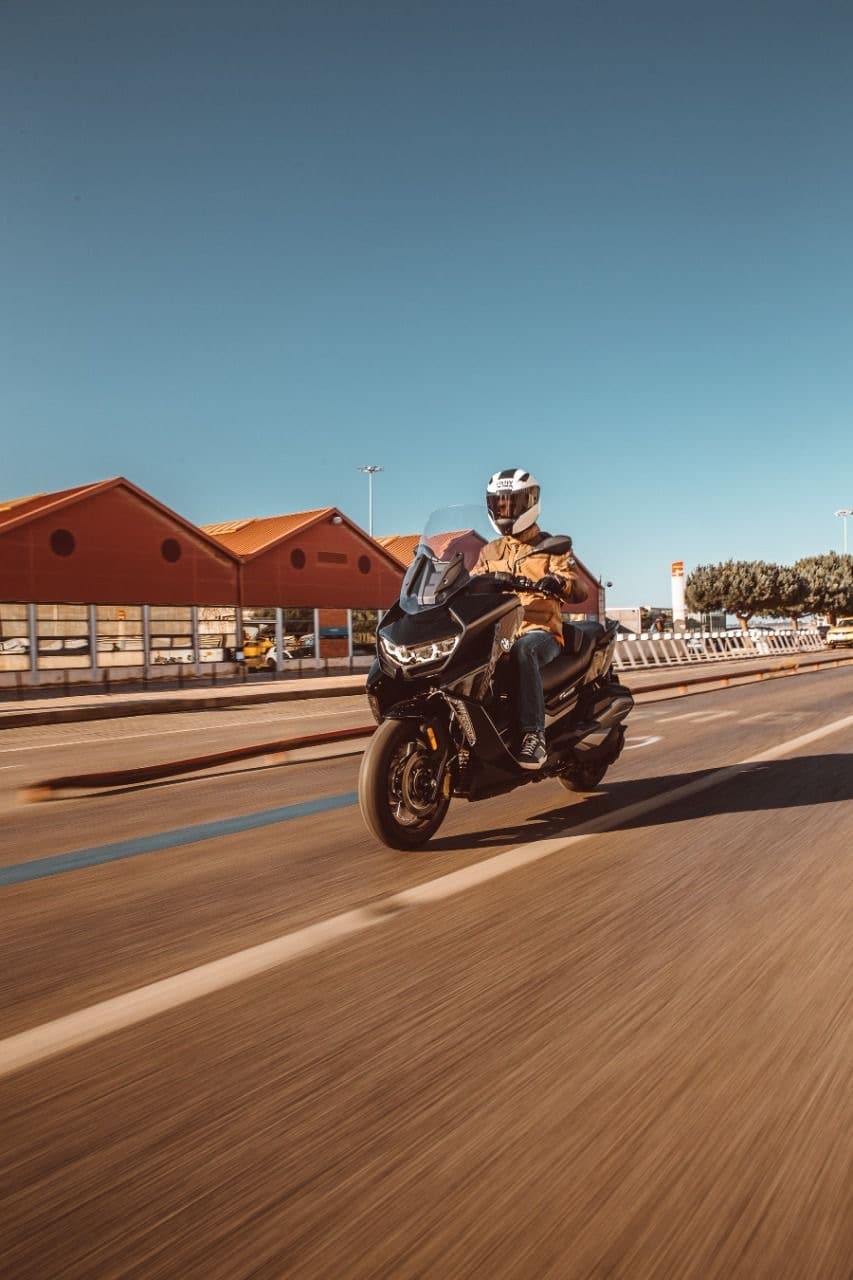 In terms of design, the new C 400 GT is definitely a looker, but more in a road-presence way than a fashion-model way. It has plenty of heft and, importantly, the advantage of having nothing else in the market even remotely looking like it. It gets a prominent, apron-mounted, twin-pod LED headlight and a tall windscreen (all the better for wind protection – they work, trust me).

In profile, the long wheelbase, the swept-back windscreen and the 15 (front)/14 (rear)-inch tyres give it a muscular character. The seats look extremely comfortable (for that price, they’d better be), and long-distance rides for two should be a cinch; the 12.7-litre fuel tank should also be a plus in this regard. The C 400 GT comes with both a main stand and a side stand, which are important in terms of parking convenience. You can have this scooter in any colour you like, just as long as they’re either Style Triple Black or Alpine White.

At the heart of the matter, the C 400 GT offers a 350cc, single-cylinder, liquid-cooled engine that puts out a very healthy 33.5 bhp of power and an equally impressive 35 Nm of torque. Those numbers are great on a motorcycle – on a scooter, they’re excellent.

I have no trouble believing BMW’s claim that the GT will sprint to 100 kph in less than 10 seconds and that it’ll max out at 140 kph – and I very much look forward to testing these claims personally (I think it would be very entertaining to leave bigger motorcycles for dead from traffic lights). The engine is mated to a CVT gearbox, which should be a smooth and efficient unit given the BMW badge.

This maxi scoot is built on a tubular steel frame, and suspension duties are handled by telescopic front forks and two spring struts at the rear. As far as brakes are concerned, twin discs are fitted at the front, with a single one at the back; ABS and Stability Control are standard, naturally. 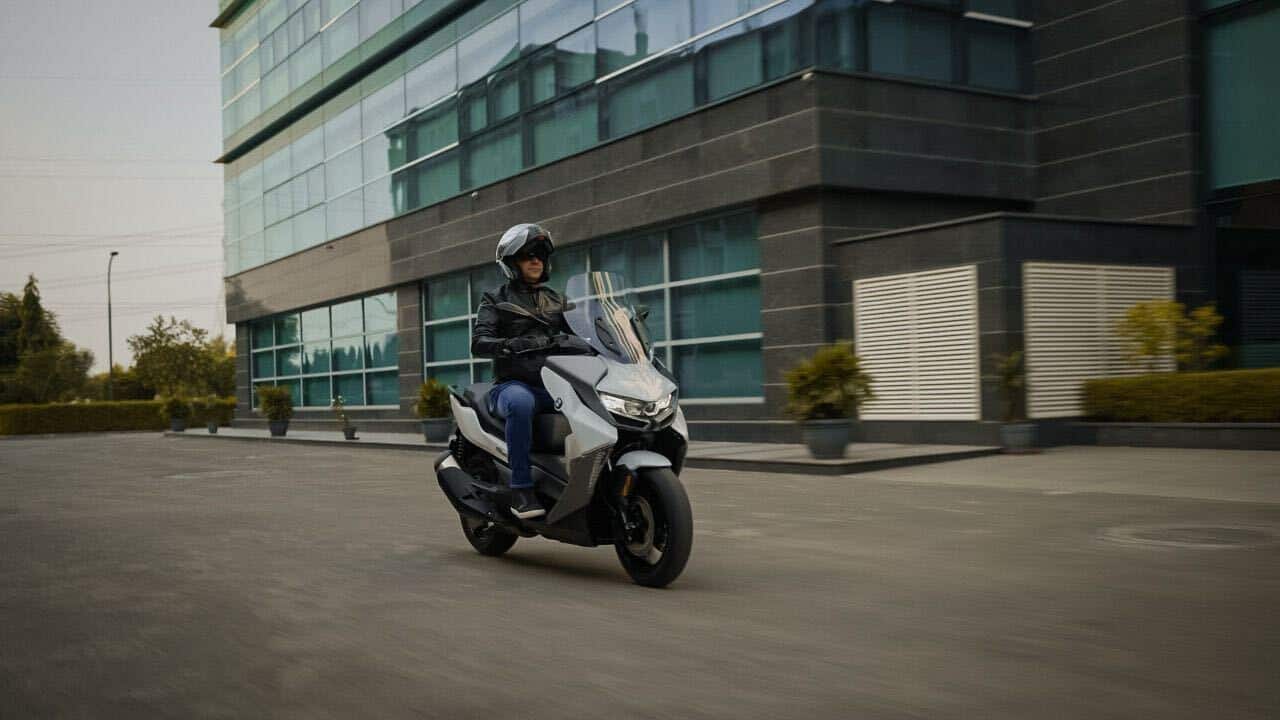 The C 400 GT rides on 15-inch front/14-inch rear tyres, as mentioned earlier, and these should go a long way towards providing top-notch grip as well as handling. I’ve only ever ridden one scooter bigger than this – a Suzuki Burgman 650 several years ago – and that thing was a proper hoot, both in terms of outright performance as well as handling. Given BMW’s excellent pedigree in these matters, I’m pretty sure the C 400 GT will be very entertaining to throw around corners as well.

For the outlay, you would expect the C 400 GT to come stuffed to the gills with features, which it does – sort of. I say this because although the list has things like keyless ride, a 6.5-inch colour TFT screen with Bluetooth, twin glove boxes, a 12-volt socket, USB charging, BMW’s Motorrad Multi-Controller and connectivity app and a flex case under the seat, many two-wheelers offer similar features at a fraction of the cost.

Still, if you’re seriously considering buying the C 400 GT, you fall squarely into the ‘money is no object’ camp, which is a rather nice camp to be in, if you ask me. I’ll wait till I’ve taken this scooter for a proper test run before pronouncing a verdict, but on the face of it, the C 400 GT looks like a (rather expensive) winner.
Rana Chaudhury is a writer passionate about automobiles.
Tags: #BMW C 400 GT
first published: Oct 13, 2021 02:59 pm