There could be some kind of weakness or profit-booking in the coming sessions, followed by high possibility of consolidation and volatility, before showing any upward direction towards 18,000 mark, experts said

The market has broken a five-day winning streak and closed with more than 1 percent loss amid volatility in the week ended August 26 as traders looked worried about expected consistency in rate hikes by the Federal Reserve to bring inflation at 2 percent levels at the cost of pain in consumers and businesses, rising oil prices and fall in global counterparts.

The Nifty50 fell 200 points to 17,559 during the week and formed bearish candle on the weekly scale. Also there was a formation of Evening Star, which is generally a bearish reversal pattern. So there could be some kind of weakness or profit-booking in the coming sessions, followed by high possibility of consolidation and volatility, before showing any upward direction towards 18,000 mark, experts said.

"One should avoid trading aggressively within the range and as long as the Nifty stays above the key support of 17,350, there is no reason to worry. A break of the support, however, can extend the correction to the major support of 17,100–17,000," Sameet Chavan, Chief Analyst-Technical and Derivatives, Angel One said.

He sees immediate support around 17,450. On the flip side, "17,700–17,750 are the levels to watch out for. For Nifty to gather strength, it has to surpass the higher boundary with some authority. Till then, it's better to take one step at a time."

Since global markets are showing mixed signs and some events are lined up, it will be good to keep a tab on them. If there is no sudden development during the week, the index may resume uptrend soon, the market expert feels.

Let's take a look at the top 10 trading ideas by experts for the next three-four weeks. Returns are based on the August 26 closing prices:

The stock oscillated in the narrow range after testing its 61.8 percent Fibonacci Retracement level of prior mega up-move (Rs 54-340), which was placed at Rs 163. On week ended July 29, the stock witnessed a breakout from that consolidation and surpassed its 200-week SMA (simple moving average) convincingly. Later, the stock extended gain and rose to two-and-half-month high of Rs 218.

Its weekly RSI (relative strength index) and MACD (moving average convergence and divergence) are positively poised post bullish cross-over. This could lead the stock towards Rs 242 initially and Rs 249 subsequently.

In case of any decline, the stock will find support around its 20-day EMA (exponential moving average), which is placed at Rs 200.

The stock witnessed a breakout from an upward consolidation during the last week. The stock rose to three-and-half-month high of Rs 2,690 and formed a bullish pattern on the weekly chart. The stock outperformed its sectoral index-Nifty Pharma on week-on-week basis.

The key technical indicators are in favour of the bulls on medium-term as well as short-term timeframe charts. The stock has potential to move towards Rs 2,843 initially and Rs 2,879 subsequently.

In case of any decline, the stock will find support around sub-Rs 2,500. 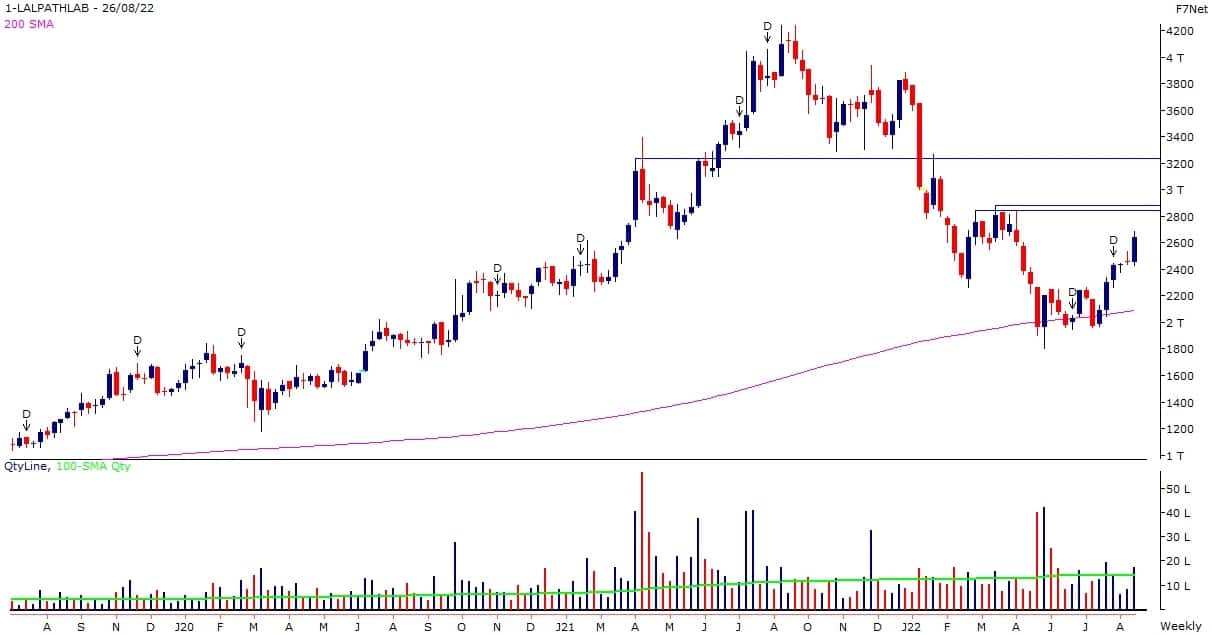 In the last week, the stock reversed after forming new high of Rs 610 and breached its prior rising trend. The stock ended on a negative note after seven consecutive up-ticks on the weekly chart. In the past, the stock witnessed a profit booking after testing Rs 600 zone and later extended the down-move.

The key technical indicators reversed from the overbought zone and gave sell signal. We believe history will repeat itself, which could initially drag the stock towards its lower band of the ascending channel, which is placed at around Rs 540. In case of any rebound, the stock will face hurdle around Rs 595-600 zone.

Recently, the stock reversed its downtrend by crossing its previous swing high of Rs 105.

Technical indicators are giving positive signals as the stock is trading above the 20 and 50 days SMA and there also recently a positive moving average crossover as the 20 days SMA moved above the 50 days SMA. Momentum readings like the 14-week RSI too are in rising mode and not overbought, which implies potential for further upsides.

With the intermediate setup too looking attractive, we expect the stock to move up towards its previous intermediate highs in the coming weeks. Buy between Rs 135-139 levels. Stop-loss is at Rs 124 while target is at Rs 160. 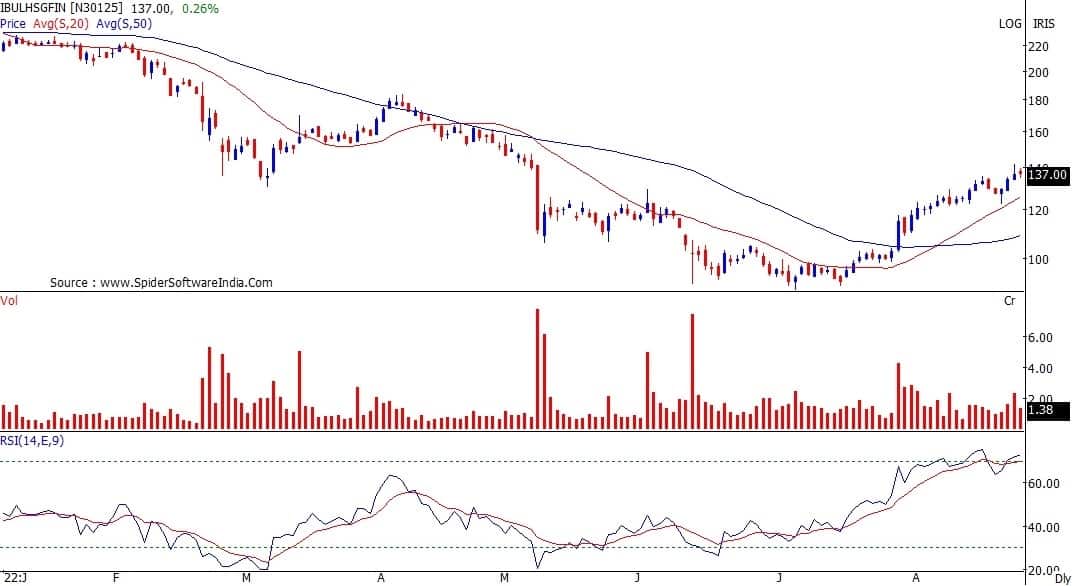 Ucal Fuel Systems recently made a double bottom pattern around Rs 105 levels. The stock has been steadily rising from there and making higher tops and higher bottoms in the process. Last week, the stock broke out of a consolidation range and also closed above the 200 days EMA in the process.

With the stock trading above key moving averages like the 20 days and 50 days SMA, the intermediate technical setup looking positive and momentum readings like the 14-week RSI in rising mode and not overbought, this augurs well for the uptrend to continue. 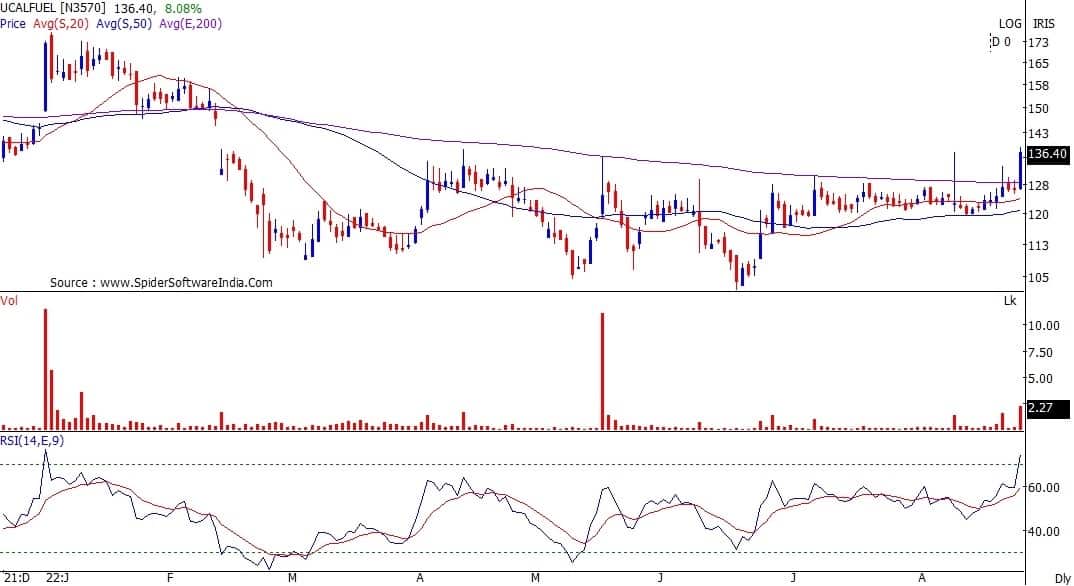 The stock has formed a lower top formation after rallying up to 50 percent of the entire trading range between Rs 2,950 and Rs 2,050. It has even broken the support of Rs 2,400, which was important support based on the 20 and 200 days SMA in the near term. The stock is under heavy selling pressure or is under liquidation of long positions. During last week, the stock broke through Rs 2,100 and Rs 2,050 without any major effort, indicating further downside. 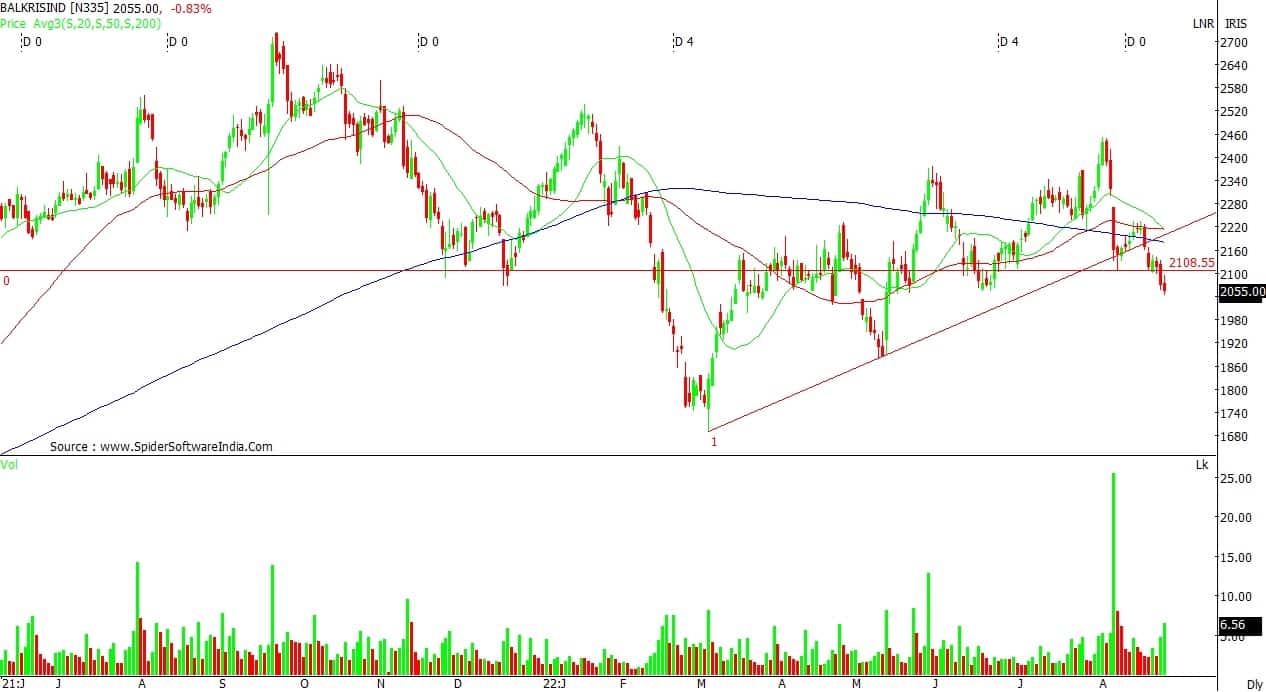 The stock has formed a strong base formation between Rs 795 and Rs 815. It has tried to cross the previous high of Rs 900 in the month of August 2022, but it failed.

As the sector is bullish, we can expect a rebound in the stock based on its current formation. At higher levels, resistance lies at Rs 850 and Rs 880. 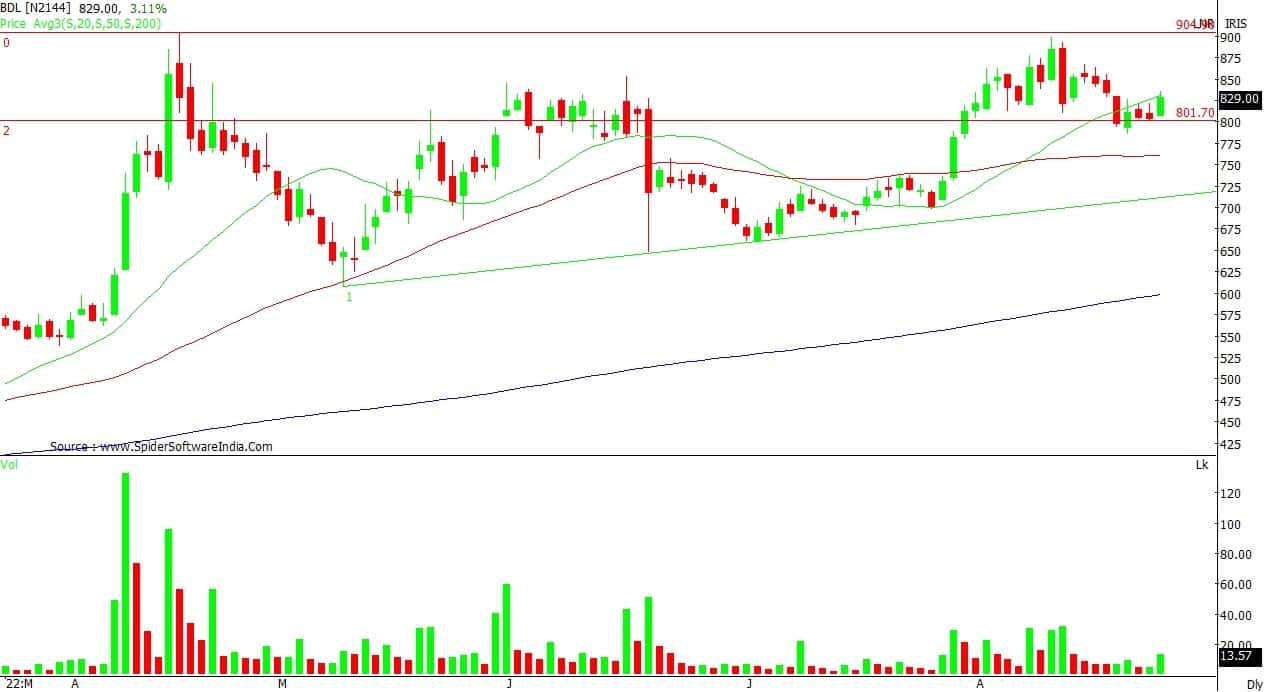 After an upmove from Rs 191 to Rs 230, the stock has recently seen some correction and has retraced the previous upmove by 50 percent. The stock stabilized around its support and has now resumed the positive momentum with increasing volumes.

The RSI Smoothed oscillator on the daily charts has also given a positive crossover and hence, we are expecting an upmove in the stock in the near term.

Hence, traders can look to buy the stock in the range of Rs 220-217 for a potential short term target around Rs 234. The stop-loss on long positions should be placed below the support of Rs 213. The stock has seen a decent upmove move in last few weeks. However, the prices have now broken its support on the daily chart where prices have closed below the trendline as well as the 20 DEMA support.

The momentum readings on the daily chart have also given a positive crossover and the volumes on are also relatively good. Hence, we expect further correction in the stock where prices could test its ‘200 DEMA’.

Traders can look to sell the stock in the range of Rs 572-575 for potential short term target of Rs 550. The stop-loss on short positions should be placed above Rs 592. (The given levels are of NSE cash segment which can be used as reference for trading in futures segment.) 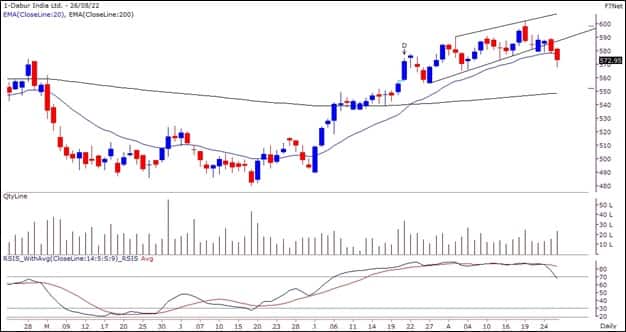