Hot Stocks | DLF, Hindalco and Indian Hotels Company can give up to 23% return in short term

Nifty remains above the long-term moving averages of 50, 100 and 200-day SMA. The RSI plotted on the medium-term timeframe can be seen rising, indicating that the medium-term trend of the index remains bullish.

However, on the daily timeframe, we can see that the higher high, higher low pattern has halted, and the index has been moving sideways for the past 4 sessions after facing rejection near 15,243 (50 percent extension level of the rise from 11,535-14,753 projected from the 13,634).

In the short term, however, the indicator is going flattish which points towards the ongoing tug of war between the bulls and bears.

On the upside, the key resistance level is 15,257 which is the weekly high.

We believe that the medium-term bullish trend remains intact. The price action analysis of the short-term charts shows the possibility of a slight correction.

Our bullish view will be reevaluated if the index breaches below the 14,622 level.

The Nifty Realty index has been one of the strongest outperformers among the sectoral indices. It has been outperforming Nifty for the last 2 weeks.

DLF has been the star performer in the realty space. This week, the counter has been sustaining above the Rs 300 mark which is its 10-year high mark.

The 10-year breakout was backed by above-average volume, indicating participation in the stock as the prices breached a crucial level.

On the daily timeframe, we can see that the stock has been moving sideways after a strong up-move, possibly forming a bullish continuation pattern.

The ADX plotted on the medium-term can be seen moving higher, indicating the presence of strength in the up-move.

The stock has been moving in a range for the past seven sessions. On February 11, it gained momentum and moved higher towards the upper range of the consolidation.

This consolidation looks like a flag pattern under formation.

Currently, the stock is placed above the long-term moving averages.

The daily and weekly RSI are moving higher as the prices move higher which indicates the presence of bullish momentum in the stock.

The immediate resistance is placed at Rs 137.10 which is the recent swing high, followed by Rs 151 which is multiple touchpoint level. The key support levels are Rs 118 and Rs 105.

Hindalco has been one of the strongest outperformers among the metal stocks. On the monthly timeframe, we can see the counter rise by almost 29 percent in February itself.

The stock tested a fresh 52-week high on February 11 after breaking out above the previous lifetime high of Rs 284.

A simple bar chart analysis of the weekly and the daily timeframe says that the stock is currently witnessing bullish momentum.

The MACD plotted on multiple timeframes can be seen placed above the zero line and moving higher, indicating that the stock is currently in a bullish trend.

Similarly, the RSI rising points towards the increasing bullish momentum in the trend.

The key level to watch out for on the downside is Rs 284 which happens to be the previous lifetime high, followed by Rs 263 which is the weekly low. 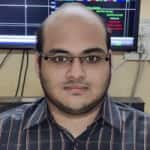