The outlook for the Nifty50 remains positive till it holds 15,450. As of now, the ongoing oscillation within the range of 15,630-15,930 looks mature for a directional momentum play, says Uttekar

Sacchitanand Uttekar, DVP–Technical (Equity), Tradebulls Securities, says the outlook for the Nifty50 will remain positive till it holds 15,450. As of now, the oscillation within the range of 15,630-15,930 looks mature for a directional momentum play

In an interview with Moneycontrol’s Kshitij Anand, Uttekar says the road map for Zomato, which saw a bumper listing in the week gone by, looks fairly extensive until the company gets normalised returns on its books. Edited excerpts:

What a week for Indian markets, despite volatility the Nifty managed to hold 15,800. What led to the price action?

The week began with a sharp fall across the global indices but investors across the globe again came back to the risk-off mode and we saw a smart recovery in almost all the asset classes, be it equity, commodity or cryptocurrencies. 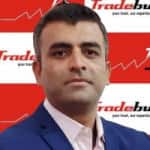 Fall in crude oil prices also gave the necessary breather to equity markets as inflation may dive if crude oil remains below $70.

The Nifty this week closely followed the global footprint as despite the weak beginning, the recovery at the end of the week was much better.

The lower band of the ongoing oscillating range of 15,630-15,930 was put to test for the third time in the July series itself but the close above 15,800 levels.

What are your views on broader markets?

The outlook for the Nifty50 remains positive until 15,450 holds. As of now, the ongoing oscillation within the range of 15,630-15,930 looks mature for a directional momentum play.

Hence, a breakout above 16,040 could unlock the directional momentum play towards 16,500.

WHO has been warning that the third wave is around the corner as the delta variant is again rearing its head around the world. Many of Asia-Pacific countries as well as some of the European countries are witnessing a spike in Covid cases, which is making FIIs nervous.

This could again prompt the government to place some restrictions, which will hamper the economic activities across nations. On the other hand, domestic participation has been robust and holding the boat steady.

If we look at the month-on-month figures till July 23, FII are Rs 7,200 crore against the aggressive buying of Rs 7,570 crore by DIIs. Hence, retail participation has been healthy and SIP flows to mutual funds are going strong.

A bumper listing from Zomato last week. Zomato is much bigger than the QSR industry’s combined market cap. Do you think the gains will stay? What should investors do?

Zomato saw a bumper listing and has entered into the club of premium companies like Tata Motors, IOC, Tech Mahindra, etc with an MCap of Rs 1,00,000 crore.

The road map looks fairly extensive until the company gets normalised returns on their books. Even long-term investors should be looking to partially book some profit and can wait with the rest of the quantity for a slightly long term.

It has been consistently gaining market share over the last four years to become the category leader in the food delivery space in India. Hence, gains in Zomato could stay until the company has the competitive advantage until a big player steps in.

Your three-five trading ideas for the next three-four weeks.

The price is trending close to its life high. On the monthly scale, the stock has completed its ‘rounding bottom’ formation, while on the weekly scale it has witnessed a fresh breakout from a continuation pattern/ Bullish Flag formation.

Its ongoing secular up move is expected to remain intact, with an immediate pattern price target coincides around the 1,140 zone.

A bullish Harami formation was seen on its weekly scale followed by a spike formation awaits a confirmatory close above Rs 2,140.

Once 2,140 is breached on the upside, it would mark the termination of its ongoing consolidation/ corrective formation.

As of now, the stock is still oscillating within its declining wedge formation on its daily scale with its daily RSI trending above the 50-mark.

So far, it has held on to its 5 and 20-WEMA support zone well. Hence, we believe once it breaks above 2,140, the stock could revisit its 52-week high in no time.

The stock saw a breakout from the cup & handle formation on the weekly scale, with the price closing above its 200 DEMA consecutively for the first time since its listing on December 23, 2020, positive for the bulls.

The weekly ADX reading is above 30 now, which serves as an added confirmation for the pattern breakout. We expect momentum to sustain until 420 holds.

Positive sector outlook, along with bullish pennant formation on its daily scale looks mature. A breakout above 2200 should see a strong unidirectional momentum towards its pattern target placed around 2,480, which could be participated a close stop around 2,040.