Selected Articles from
Financial Times on Moneycontrol Pro
Webinar :Register now for webinar on 'Trade BankNifty in just 15 minutes a day' - By Asmita Patel
you are here: HomeNewsBusinessEarnings

Infosys falls 5% post Q3; experts analyse if it is a bargain

Religare maintains buy rating on the stock as it finds valuation to be inexpensive on modest dollar revenue growth expectations believing that risk-reward remains favourable.

Selling pressure continues on Infosys after it posted December quarter results. Shares of the IT major fell 2 percent (5 percent in two days) intraday Monday even though analysts are not so perturbed by its performance in Q3FY17.

Religare maintains buy rating on the stock as it finds valuation to be inexpensive on modest dollar revenue growth expectations believing that risk-reward remains favourable. "Earnings downgrade cycle for the sector and INFO is closer to the bottom now and valuations are inexpensive at 15.1x/13.5x FY18E/FY19 on low expectations," it says. It says while Q3 had a one-off impact of client specific issues, growth rates must improve vis-à-vis TCS for a structural re-rating.

Jefferies also has a buy rating on the stock stating that Q3 was reasonable in context of a challenging quarter. It has, however, slashed target price to Rs 1220 from Rs 1280 per share.

Morgan Stanley continues to be overweight on the stock with target price at Rs 1130 per share. It says though Q3 performance was in-line but lack of 'beat & raise' could explain  some of the weakness in stock price. It says while risk reward is favourable, stock may trade in range till FY18 guidance. However, it agrees that muted Q4 outlook, weak pricing, changes in US are key investor concerns. 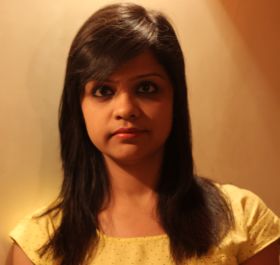 Retaining hold rating, Deutsche Bank with a target price of Rs 1150 per share but feels inability to execute ambitious overhaul in sales & delivery structure are key risks. It is also concerned that revenue headwinds could derail margin expansion and that there is an urgent need for upping gains through automation.

Meanwhile there are other analysts who are cautious about the Vishal Sikka-led technology company. CLSA reiterated underperform rating on Infosys as it is circumspect about the recovery story beyond limited benefits from cyclical recovery. It believes Infosys should focus on fixing its strategy and execution engine as opposed to chasing rainbows in products & platforms that are volatile and don’t suit the DNA of over 90 percent of the firm.

CLSA is also wary of Infosys atrrition levels. It states that although attrition improved 18.4 percent, these measures, coupled with earlier moves to curb travel and infrequent promotions, make Infosys vulnerable to persistent attrition that can reverse its hard-won gains in client mining.

Citi maintains neutral rating with a lower target of Rs 1045 per share. We think that commoditisation challenges (which Infy management alluded to) will likely overshadow any cyclical improvement.

Bank of America  Merrill Lynch also reiterates neutral call with target at Rs 1050 per share and continues to like the improved margin defence of the company. It feels risks of visa policy reform may weigh during first half