Dhruva Space CEO Sanjay Nekkanti stated that based on the results of the Thybolt mission on November 26, the company intends to launch full-fledged commercial operations in the future.

When the satellites of the Hyderabad-based space tech startup Dhruva Space, Thybolt 1 and Thybolt 2, are launched into space on November 26 by the Indian Space Research Organisation's PSLV-C54, it will be CEO and co-founder Sanjay Nekkanti's way of giving back to the amateur radio ecosystem.

The 34-year-old has been a licenced amateur radio operator for over a decade, and the Thybolt satellites would carry payloads related to radio operations.

"All our co-founders are also amateur radio operators and we also have an amateur radio club within the company. So for us, since it all started with amateur radio, in a way, it is our way of giving back to the community," Nekkanti told Moneycontrol in an interview.

This mission will be non-commercial for Dhruva Space, but it will help validate the startup's satellite platform, which Thybolt 1 and 2 use. The satellites were built entirely in Hyderabad with the assistance of approximately 20 MSMEs.

The 10-year-old startup, co-founded by Nekkanti, Krishna Teja Penamakuru, Abhay Egoor, and Chaitanya Dora Supureddy, makes satellite infrastructure/platforms that can be launched from any rocket, equipped with any payload, and operated from ground stations anywhere in the world.

This launch comes on the heels of Skyroot Aerospace's landmark launch of its Vikram-S rocket, which made the start-up the first private player to launch a rocket into space.

Thybolt: 'Made in Hyderabad for the world'

Dhruva Space, unlike many other satellite-based companies around the world, manufactures satellite infrastructure such as solar panels, satellite software, communication systems, and satellite deployers. 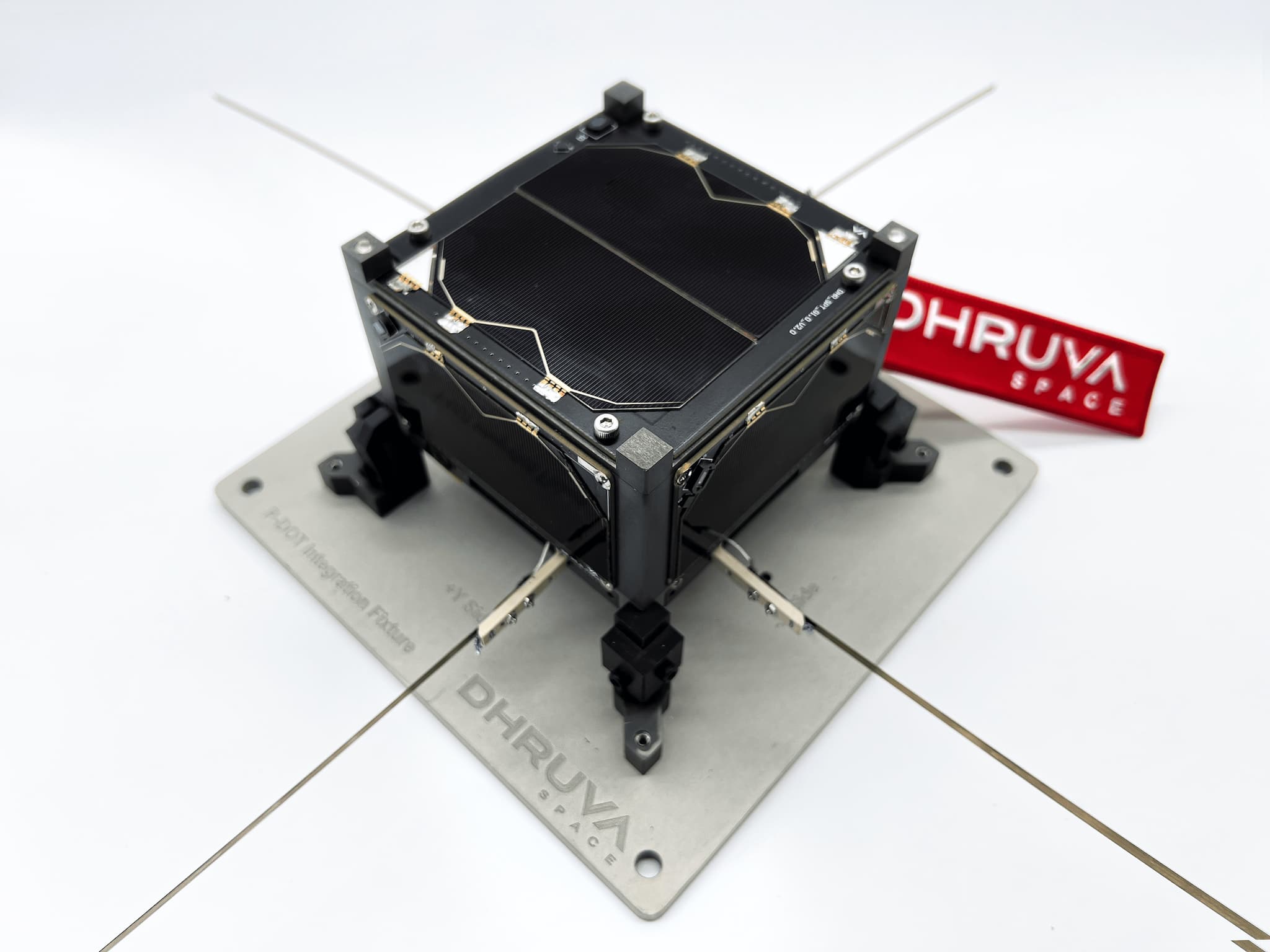 Both Thybolt 1 and 2 use the P DoT platform.

"These satellites are completely manufactured in Hyderabad. We have more than 20 MSMEs that have been supporting us on the manufacturing side," Nekkanti said.

The startup is leveraging the MSME industry that has sprung up around India's space programme over the last 60 years.

"These vendors are highly skilled. They already have the tools and machinery in question. So we are leveraging this ecosystem to build in India, build from Hyderabad, for the world market," he said.

What will the satellites do?

Nekkanti believes that the only way anyone can currently experience satellite functions is by becoming an amateur radio operator (also known as a ham radio operator).

Its most common use is during natural disasters when other forms of communication are unavailable, he explained. It can also be used to communicate over long distances by relaying data through a satellite.

Due to the low entry barrier, the ecosystem also has nearly 2 million players worldwide. In India, anyone older than 12 is eligible to become an operator.

"Once you become a ham radio operator, you will get a letter from the Government of India allowing you to own and operate a wireless station," Nekkanti said.

The Thybolt 1 and 2 satellites will benefit a large number of amateur radio operators worldwide.

"Through these satellites, amateur radio operators can uplink a small dataset, which will be stored on the satellite and which can then be relayed back," Nekkanti explained, adding that this function is known as 'store and forward.'

While providing an example, Nekkanti said, "Suppose you are on a remote island somewhere in Finland. When the satellite passes over the area, you can leverage the Thybolt satellite and send a message "Hello". That data will now be stored on the satellite."

Dhruva Space's mission patch for the Thybol 1 and 2 launch

"Now when, say, the satellite goes over America, it will be delivered to a ham radio operator," he said, adding that the data and the information will be transmitted through Morse code.

Dhruva Space will test the communication capabilities of Thybolt 1 and 2, specifically for storing and transmitting data using the two P-DoT platforms.

Many amateur radio (ham radio) clubs in India have supported Dhruva Space's mission, including the Star Fleet Amateur Radio Club (formed within Dhruva Space), the National Institute for Amateur Radio (NIAR), the Indian Institute of Hams, Aniruddha's Academy of Disaster Management, and others.

Lamakaan Amateur Radio, based in Hyderabad, also assisted in the testing and qualification of these satellites.

Why does Dhruva do what it does?

So, why does Dhruva only manufacture satellite infrastructure and not payloads, as certain Indian space technology players do? The answer, according to Nekkanti, is multifaceted.

"Firstly we read about how many satellite companies have failed. You will find a lot of companies that are talking about building (satellite) constellations. One common complaint we came across was that satellite manufacturers are unreasonable in their pricing," Nekkanti said. First, the manufacturing cost of satellites is high. Second, the cost of launching it into space must be accounted for, with rocket manufacturers charging thousands of dollars per kilogramme of satellites.

In addition, the customer must purchase the satellite deployer. Satellite orbital deployers are the mechanical casings in which satellites are housed during a launch.

In addition, the customer must purchase the ground infrastructure required for satellite communication, he explained.

As a result, Dhruva Space decided to tackle what they call the "hardest problem in the satellite industry": vertical integration.

"So we build the satellites, the satellite deployers, and the satellites are application agnostic (meaning it can carry any payload), and the platforms can be launched on any rocket. In this way the costs can be in control," Nekkanti explained adding that one will be able to operate the satellite from anywhere in the world.

In June, the startup space-tested satellite deployers for the Thybolt mission aboard ISRO's PSLV-C53.

Based on the results of the Thybolt mission on November 26, Nekkanti stated that the company intends to launch full-fledged commercial operations in the future.

"We already have two customers who have expressed interest to utilise the P DoT platform for various other applications. We will be fulfilling their requirement, and these missions may happen before June 2023," Nekkanti said.

He also stated that the startup is receiving a lot of interest for its P30 platform, which he hopes will go to space within the next year.

"Our goal is that on every rocket that goes from India, we want to have our satellites going into space. It could be to test some of our systems, it could be to launch our customer satellites, it could be tech demo missions, it could be a lot of things," he explained.
Aihik Sur covers tech policy, drones, space tech among other beats at Moneycontrol
Tags: #Dhruva Space #Indian Space Research Organisation #ISRO #PSLV C54
first published: Nov 24, 2022 04:27 pm