While commodities have halted, market players are skeptical that a sharp correction may follow as stimulus measures are likely to continue while growth outlook remains positive.

Commodities in general have been on an up-move on expectations of strong economic recovery amid progress on vaccination front and continuing stimulus measures.

The upward momentum however came to an unsteady halt as inflation data rekindled discussion that central banks may take measures to avoid overheating.

Adding to it, China's Premier Li Keqiang — at a Wednesday meeting of the State Council, the country's cabinet — called on officials to effectively deal with commodity prices, and said better coordination of monetary policy would be crucial for doing so (Bloomberg report).

China has already made efforts to cool down rising iron ore prices. Chinese commodity exchanges on Tuesday by raising trading fees and margin requirements for some iron ore contracts and reinstated fees on steel futures to check the price rise. 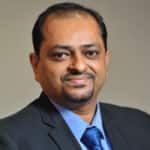 On other hand, Federal Reserve and other central bank officials have continued to play down inflation risks. As per a Wall Street Journal report, Richard Clarida, the Fed's vice chairman said he was surprised by a larger-than-expected jump in inflation last month, but stressed that more data would be necessary for the central bank to begin scaling back its easy-money policies. Similarly, Bank of England governor Andrew Bailey noted that factors pushing up inflation in the coming months will not persist, but nevertheless the Bank will keep a watchful eye on the situation (Reuters).

Mixed economic data also points to uneven recovery. The weekly jobless claims and JOLTS jobs openings report released this week was much better than market expectations. This comes just days after US non-farm payrolls data which showed a much smaller-than-expected growth in US jobs last month.

The net effect is increased volatility in financial markets which has affected commodities as well. The US DJIA index hit a record high level above 35,000 points earlier this week but ended lower for three consecutive days before registering a modest recovery. On other hand, the US dollar index slumped to February 26 lows in reaction to disappointing non-farm payrolls data but has recovered significantly on inflation numbers.

While commodities have halted, market players are skeptical that a sharp correction may follow as stimulus measures are likely to continue while growth outlook remains positive. Focus may continue to be on economic data and central bank comments to gauge whether there is any change in future stance.