Be a PRO & get up to 50% off on select brands. Explore Now
you are here: HomeNewsTrendsTravel

How a stop over in the island country planted the idea for a storied tea company.

Nearly 6,000 ft above sea level, the Glasgow man with a receding hairline, bigger-than-walrus moustache and palpable pomposity did not have an ornate throne. It was an ordinary perch where lay a rattan chair and often, a gold-rimmed tea cup.

As an old man, he would stare at the wide green valley below, discard humility and boast brusquely: “Everything that you can see from here is mine.”

Untrue tale? No. It is a real story. So is the millionaire. The Glasgow dandy was Sir Thomas J. Lipton, the one who lent his last name to a famed tea brand. And yes, forgive the man’s conceit, everything that one can see from Lipton’s Seat in Sri Lanka’s Haputale was actually Lipton’s. 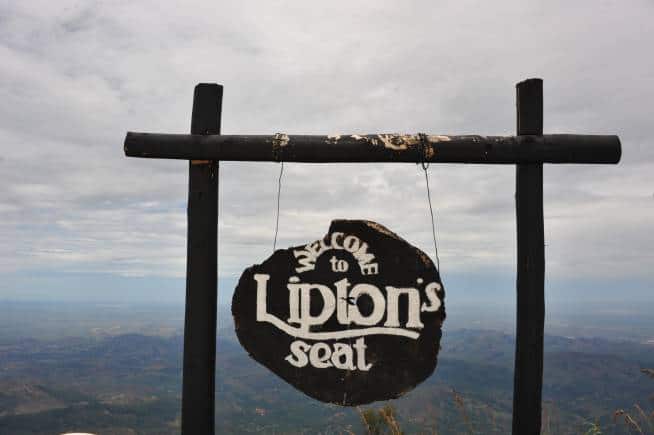 Call it absent-minded coincidence or a quirk of fate, Sir Lipton’s entry into Sri Lanka was a hop off. Literally. Story is that the millionaire, who owned grocery stores in Glasgow, was in desperate need of a holiday. He was on a ship to Australia but hopped off in Sri Lanka to brew a fascinating tea story.

The water, as they say, was already boiling in the kettle. A cruel 1869 blight had wiped out entire coffee plantations in what was then known as Ceylon. Tea wasn’t the island nation’s favourite crop or beverage. However, much before the blight, a man named James Taylor, a recently arrived Scot, was quietly blending tea plantation ideas in Loolecondera coffee estate. Taylor had brought seeds and tea plants from Kolkata’s Botanical Garden. In Sri Lanka, tea was first planted commercially in 1867 and the first tea crate was shipped out five years later. The weight: two small packs weighing 23 pounds. The price: 58 rupees.

Sir Lipton could not have hopped off at a more opportune time. He knew about tea; he had tea tins on his shop shelves in Glasgow. When he stepped into Sri Lanka, he decided to shun middlemen and grow his own tea. He began by buying four tea estates and improvised tea-selling tactics - instead of selling tea loose from the chest, he packed them in brightly-coloured packets that screamed the slogan: Straight from the tea gardens to the tea pot. The pretty packets, reasonable price and witty slogan changed the flavours of Sri Lankan tea.

Ceylon Tea Museum in Kandy has a 100 year old hand operated tea roller, and a Venetian Drier made by W&J Jackson in 1880.

According to Ceylon Tea Museum, “Lipton's foray into tea was a huge success, and vastly increased his wealth. His 300 shops throughout England soon could not keep up with the growing demand for his inexpensive product, and so Lipton teas became available in other stores around Britain. The name of Lipton had migrated from a chain of grocery stores, and became a trademark soon to be famous the world over.”

In 1890, Lipton built the famous Dambatenne Tea Factory. A wooden board still bears the details of the factory - Length: 345ft. Breadth: 45ft. Elevation: 1,566 metres above sea level. Registered no. 322. Manufacture Registered No. 269. Number of loft bays: 4-30. Ground Floor area: 19,760 sq. ft. Sir Lipton no longer walks through the factory inspecting tea leaves but even today, he stares from the walls - his black/white photograph is neatly nailed on the factory wall. Not too far from his factory, amidst the terraced tea bushes and the dense forest of Haputale, Sir Lipton built a beautiful bungalow with slanted roofs, teak doors, red geraniums and neatly trimmed shrubs. In the large verandah, he mulled over marketing strategies to sell tea and also threw in a dash of glamour. The mighty and the monied walked in and out of the pretty teak doors, one of the most prominent being the grandmother of Camilla Parker Bowles, the Duchess of Cornwall.

Next time, you stir Lipton tea leaves in your cup, thank Sir Thomas J. Lipton, the one with bigger-than-walrus moustache who had a seat at 6,000 ft above sea level. And everything that he could see from there was his. 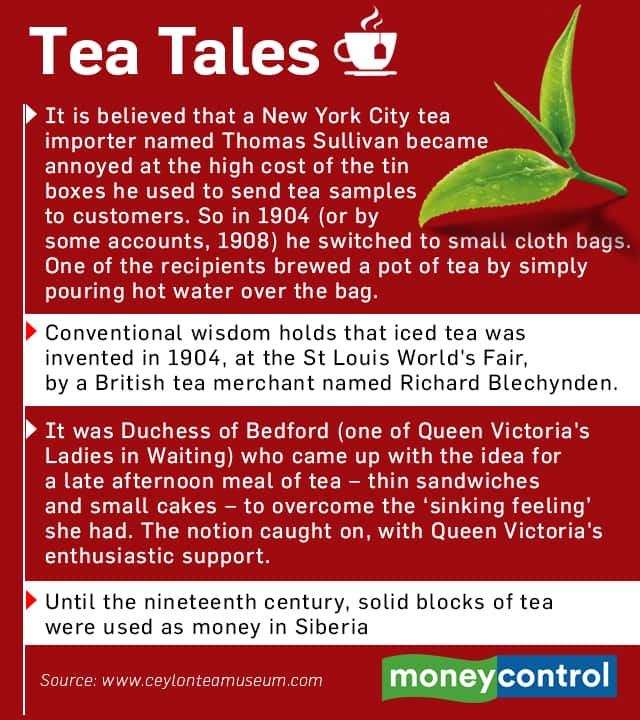