India reported over 16,000 COVID-19 new cases on February 26. Active cases have now crossed 1.55 lakh. Over 1.34 crore beneficiaries have been vaccinated till date.

India reported 16,577 new cases of coronavirus in the last 24 hours, taking the country's tally to above 1.10 crore, the health ministry said on February 26.

As many as 120 deaths were reported and 12,179 people recovered from COVID-19 during the period, the latest release shows. India reported its highest single-day vaccination as 8,01,480 people were inoculated against the virus, taking the number of beneficiaries to 1,34,72,643.

Maharashtra also reported the most (56 or 47 percent) new deaths, followed by Kerala (14), Punjab (13), Chhattisgarh (8) and Karnataka (7). These five states account for 82 percent of all the new deaths reported across the country. 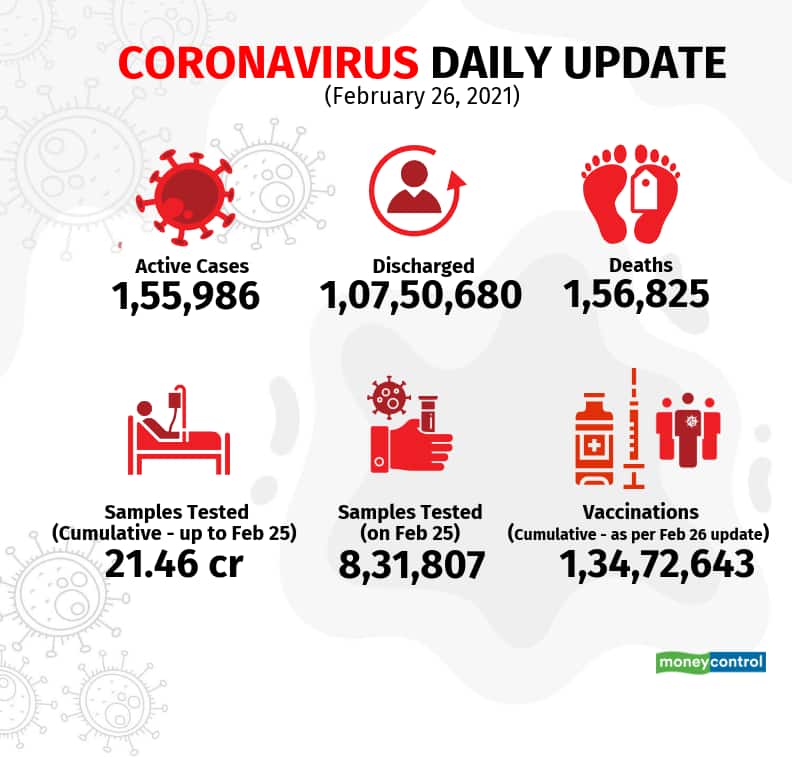 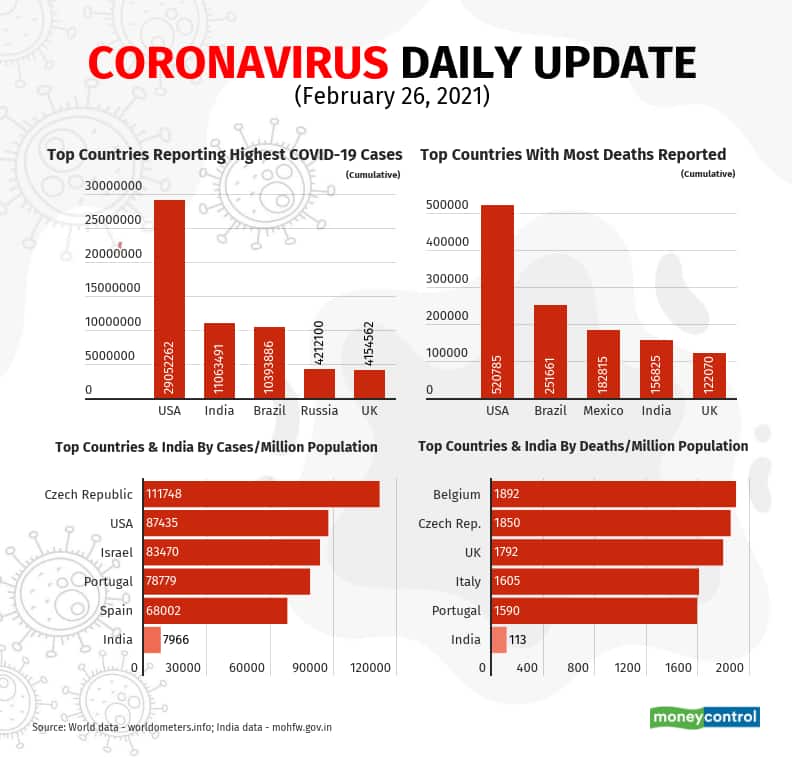 Despite the high number of cases and deaths reported, India fares better when compared with other nations in terms of per million population.