LGBTQIA+ activists and their allies came together on Sunday, June 27, 2021, to host the very first Indo-Pak pride meet, titled ‘Rainbow Over Wagah’.

To commemorate Pride Month – marked in June internationally ever since the first Gay Pride March took place in New York in 1970 – young LGBTQIA+ activists and their allies came together this Sunday to host the very first Indo-Pak pride meet, titled ‘Rainbow Over Wagah’.

Held virtually over Zoom, the event not only highlighted the talent and passion of the LGBTQIA+ community, and the challenges faced by them, it also showcased the solidarity that exists among the youth on both sides of the border, and sought to organise these voices into a larger movement towards peace in South Asia.

And, as LGBTQIA+ conferences often go, the line-up of panels and performances was inspiring and hugely invigorating.

Organised by the Indo-Pak Pride Collective, a motley group of young peacebuilders from India, Pakistan and the diaspora who identify as queer or are LGBTQIA+ allies, the event included performances curated by Queergarh, a Chhattisgarh-based youth-run LGBTQIA+ initiative.

The emcee for the event was Nickhil Sharma, a PhD researcher from the Netherlands, who is also a vocal LGBTQ+ rights’ activist. “We started this as a 'let's shake the tree and see what falls down' kind of event,” he told Moneycontrol. “What we got is an immense sense of solidarity, instant connections and a safe space for Indians and Pakistanis to come together.”

Based on the feedback and engagement from this first event, he says, the group will collaborate with other queer organisations to make this space bigger and safer for queer folks and allies on both sides.

Delhi-based lawyer Ilma Iqbal set the tone for the event by giving a short introduction on the vision behind it and the link between peacebuilding and people-to-people connections. “The discrimination that the pride community faces is not very different in India and Pakistan,” she said. “I felt it would be great to exchange notes on the issues, views, and coping strategies from the other side.”

Opining that the Transgender Protection Bill (2018) was the “best thing that happened in Pakistan”, transwoman activist and blogger Aradhiya Khan shared her learnings from being a consultant for the Sindh Transgender Protection Policy 2020, which is still being drafted. The young Karachi-based community mobiliser, who also consults with corporate houses on inclusive brand marketing strategies, observed that though it’s something of a trend now for brands to be seen as inclusive, the situation on the ground is still marred by stigma for transpersons. She suggested that more dialogue was required – between cis and transgender persons, and between Indian and Pakistani LGBTQ+ communities – to create a more equitable society.

Toronto-based psychologist Deepak Kashyap spoke of the challenges faced by LGBTQ+ children growing up in the Subcontinent. “All our hopes, dreams and parents are exactly the same (in India and Pakistan),” he joked, explaining that the cultural milieu is such that we view children in South Asian societies as serving a familial and social role, denying them their individuality. “This is an honour-based culture, and not a dignity-based one. It gives (queer persons and women) a lot of shame-based trauma in South Asia,” he said. He recommended that the queer community build on its collective strengths – such as tight-knit community ties and spiritual affinities – to fight discrimination and help deal with mental-health issues.

Public-health professional and internet icon Muhammad Moiz’s talk was marked by a sparkling display of confidence, theatrics and wit. “India and Pakistan never existed until a white man gave us these names and made us a nation-state model,” proclaimed the Karachi-based YouTuber whose raunchy comedy often uses profanity to poke fun at power structures. “In the South Asian linguistic context, gender is a performance and not an identity,” he said in his passionate speech.

Yet, he added, despite the ancient cultural association of the transgender community as being gifted in a spiritual sense, the savarna (caste-based) heterosexual model paints the LGBTQ+ movement as a ‘Western agenda’ in India, similar to the criticism faced by the Aurat March in Pakistan. There is a need to indigenize the movement, he suggested, saying one need look no further than the Dalit feminist movement in India for inspiration.

The event also had a presentation by Japan-based educator Tulika Bathija, who shared ways to increase inclusivity in schools and curriculums. “As an educator, I have observed that our vocabulary when talking to kids and teenagers is heteronormative. At my school, I noticed that since there are no gender-based uniforms, students express their unique and personal identities through their clothing and hairstyles,” she said. “One can find many teachable moments while having conversations with students. For example, saying, 'Do you have a partner?' rather than asking, 'Do you have a boyfriend/girlfriend?' It is important to not make assumptions, and learn to make our language more inclusive.”

Dr Sakshi Mamgain, co-founder of the initiative United for Transgender Health, talked about her mission to sensitise doctors and the medical fraternity to the needs of the queer community. “Textbooks still describe homosexuality as a deviation… these need to be updated,” she said. The young doctor also spoke against India’s medical policy of not allowing transgender persons to donate blood. “We have enough tests and scans to detect problems, so why ban these people? We are violating their rights to be treated equally,” she said.

Several performances – from poetry to classical dance – followed the panel discussion, and these included performers from small towns across India and Pakistan. Akshay Mankar, a Chhattisgarh-based lawyer associated with Queergarh, hosted this section of the event. “The queer community is the same on both sides of the border. Owing to similar family structures, community set-ups, and cultural hangovers, they face similar social discrimination. I was excited about amplifying the voices of the pride community beyond borders because peace cannot be achieved without a just, equal, and respectful society and vice versa,” he said. 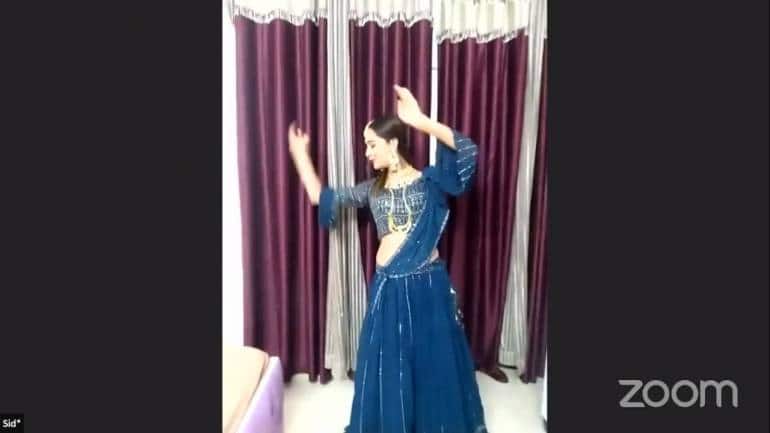 Many of those behind the scenes were driven by a similar vision. Jan Sher Khan, a content writer, event manager and PR consultant based in Gujranwala, Pakistan, shared how an Independence Day event jointly celebrated by India and Pakistan that he attended last year sparked off the idea for an Indo-Pak Pride Collective. “I pondered over the fact that if we can celebrate the fight for independence from colonial rule collectively, why can’t we celebrate Pride Month together? It would provide the LGBTQIA+ community from both sides an opportunity to form bonds, and open avenues for further regional collaboration,” he said.

He was joined in his vision by Pragya Narang, a communications professional from Delhi, who has contributed to various peacebuilding ventures including Aaghaz-e-Dosti, a youth-led initiative working towards Indo-Pak peace, and Aman Ki Asha, a news platform and peace campaign run jointly by an Indian media house and a Pakistani one. “As a peacebuilder, I keep obsessing about the various ways to bring the people of India and Pakistan together so that they can discover common grounds, and cherish their shared culture, history, and experiences. Otherwise, owing to visa restrictions, our citizens are unable to interact in person and end up believing stereotypes propagated by mainstream media,” she said.

It is notable that all the organisers and participants – mostly in their 20s and 30s – see social solidarity as the structural base for building political peace. Narang, who also conducted an interesting quiz on trans rights during the event, explained: “The pride community is a truly borderless resource we have as they are not defined by boxes of society, so when the opportunity arrived where we could open a highway of communication between the pride community of India and Pakistan, as an ally and a peacebuilder, I jumped on the bandwagon without blinking!”

Farwa Naqvi, a Lucknow-based student activist, also joined in to help behind the scenes. “Peacebuilding is closely tied with the notion of social justice. We cannot be peacebuilders and yet have derogatory notions about certain communities, be it religious or gender-based. So, through this event, we also wanted to redefine what peacebuilding is about,” she said.

An important feature of the event was the constant encouragement and emoji-studded support that the audience showered on performers. It was a reflection of the unique sense of solidarity and friendliness that the LGBTQ+ community worldwide often demonstrates, primarily due to the marginalisation they themselves face from the mainstream.

It is imperative for more such events to take place, especially now that the internet has erased borders. Where politics and state players have stumbled, perhaps the sheer optimism, fearlessness and sense of fun of the youth and the LGBTQ+ community can usher in a new era of peace in the Subcontinent.
Aekta Kapoor is the founder of eShe magazine (@esheworld) and the peacebuilding initiative South Asia Union.
Tags: #LGBTQIA #Peace in South Asia #peacebuilding #Pride Month #Queergarh #Rainbow Over Wagah #South Asia Union #United for Transgender Health
first published: Jun 30, 2021 11:31 am