Madhav Gopal Kamath placed second at the 2021 Scrabble World Youth Cup. He earned over a hundred points each with words like steeple and sagacity.

Madhav Gopal Kamath is 10. He can scramble and arrange letters so briskly on the Scrabble board that he makes forming words with random letters look elementary. His word recall is prodigious and his vocabulary is fatter than a slim dictionary. Ask him about words, and he’ll tell you how he scored 158 points in one move with the word ‘steeples’, 104 points with ‘sagacity’ and all the countless 8-letter words that he quickly conjured in the 49 games that he played at the recently concluded 2021 Scrabble World Youth Cup. That word recall and spry mind earned Madhav a second-place finish - the best performance by an Indian Scrabble player in the history of the World Youth Cup. He narrowly lost to defending champion Syed Imaad Ali, 15, of Pakistan.

Part of the 8-member Team India was Suyash Manchali, 11, a class VII student at MESKKPS, Vidyaranyapura (Bengaluru), who finished eighth and was named the best Under-14 player. Madhav and Suyash’s second and eighth place, respectively, is the best-ever performance by Team India at the Scrabble World Youth Cup.

This year the tournament was played online and featured 72 Scrabble players under 18 years from 14 countries, including India, Pakistan, Sri Lanka, Thailand, Malaysia, Canada, Australia, Nigeria, the United Kingdom, and the United States.

Madhav, a class VI student of New Delhi’s Sanskriti School, took to Scrabble when he was 6. His father, Sudhir Kamath, is the President of Scrabble Association of India (SAI) and he and his brother once played competitive Scrabble. Now, he mentors his son and the two take time out for a weekend Scrabble bout. Madhav shyly admits that the father-son word duel is often evenly placed but Sudhir, the father, confesses that he is proud - and stumped - by Madhav’s memory and agility with word formation.

While Madhav grew up watching his father play Scrabble, Suyash has found a mentor and Scrabble companion in his mother Shubha Shivashankar, an avid Scrabble player/teacher and a freelance Japanese translator. No wonder Suyash drops words like Zaikai (financial community of Japan) on the Scrabble board so effortlessly. He rattles off xenon, hordeolum (common ailment of the eyelid), litterateur, clarion and other heavy-duty words that not many 11-year-olds are so deft with. 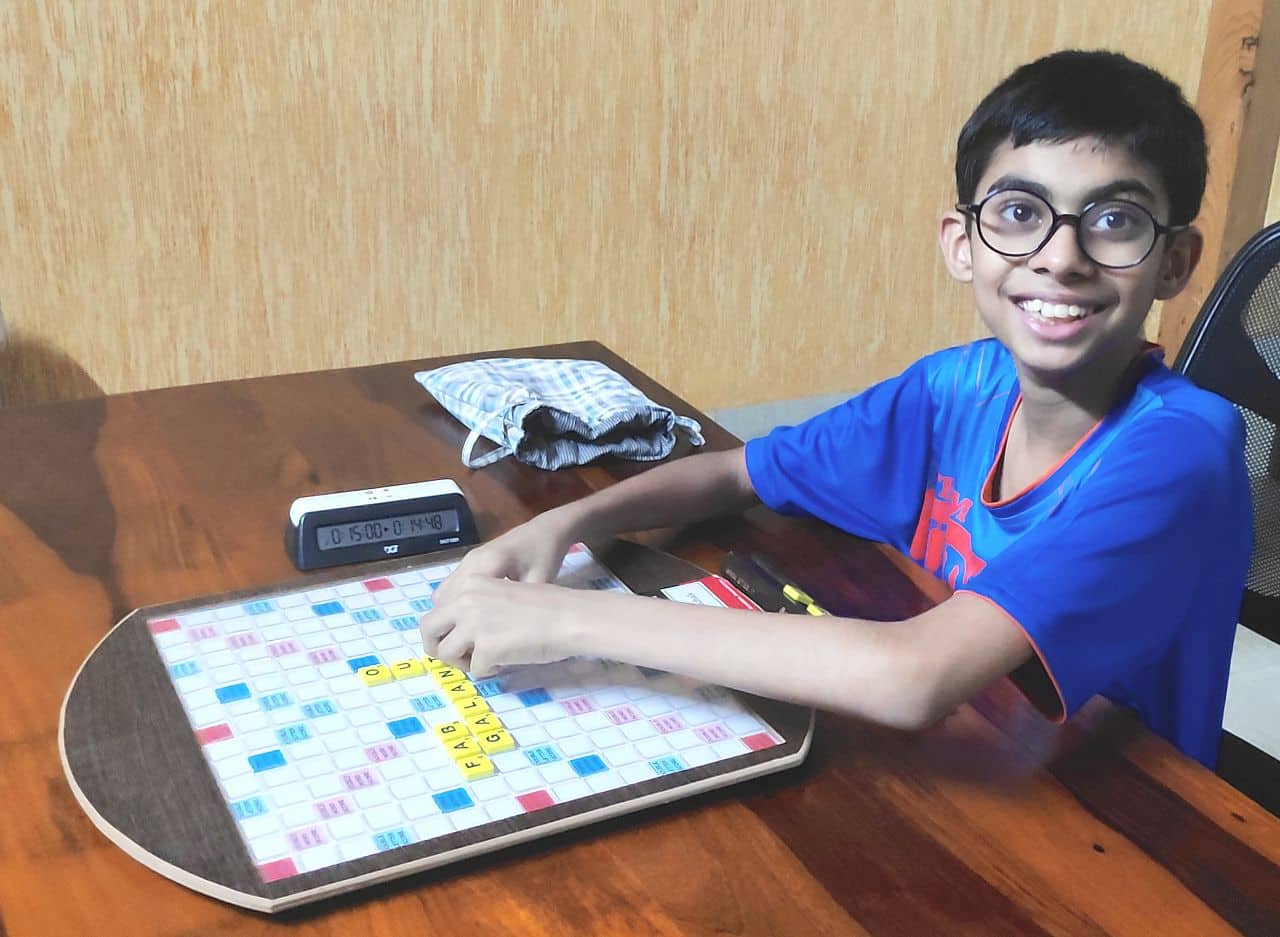 Suyash says mathematics and English are his favourite subjects. He doesn't yet know what career path he will choose, but he says he wants to keep playing Scrabble and win more championships.

Madhav was also adjudged as the tournament’s best Under-12 player, adding to his Under-8 and Under-10 titles in previous editions of the tournament. Suyash had earlier won the Under-12 title in the 2019 edition of the tournament. The Indian team received the ‘Spirit of Scrabble’ award for being the team that best played in the true spirit of the game.

In 1933, during the Great Depression in the US, a jobless architect named Alfred Mosher Butts invented a word game. Not many bought into Butts’ idea but it all changed 10 years later when New Yorker James Brunot bought the rights and changed the game - he chose the pink, blue and red colour scheme, devised the 50-point bonus for using all seven tiles to make a word, and gave the game the name Scrabble. An abandoned school in Connecticut became the first Scrabble factory where Brunot manufactured 12 games an hour. Today, Scrabble is one of most popular board games with Hasbro owning the rights in the US and Mattel in every other country. Scrabble is the official sport of Senegal. April 13 is World Scrabble Day.