It’s quite apparent that the Achilles Heel is the weak and inadequate authority of so-called independent directors. It is high time SEBI introduced a two-tier board system for Indian companies.

The management tremors at an Indian multinational corporation that provides business consulting, information technology and outsourcing services — one of the most respected companies of modern India — is virtually an eye-opener underlining the criticality of effective corporate governance. Quite obviously, had the governance been sensible and scrupulous, the ideological spat and the ensuing trust deficit between founder and CEO wouldn’t have taken the ugly turn that it did. The transition from the founder era to the appointed CEO epoch clearly left much to be desired. Why did this happen?

The answer lies in the perfunctory ways in which compliance is approached in India. On the face of it, all listed corporates have SEBI-specified governance structures and independent directors in place. But many among them view compliance as an external mandate at best. Compliance is a strategic initiative that helps build competitive edge in the global market place. So, it should not be reduced to a superficial exercise gasping for breath in the maze of policy and procedures. Instead, it should stem from ethics which is a necessary gene marker of the corporate DNA.

It’s quite apparent that the Achilles Heel is the weak and inadequate authority of so-called independent directors. It is high time SEBI introduced a two-tier board system for Indian companies, viz Supervisory Board and Management Board. But before we come to the moot point, it’s pertinent to examine the critical roles that various stakeholders need to play to avert an Indian MNC-like tragedy:

Role of Founders or Promoters 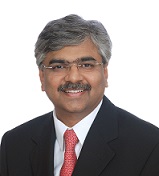 What is the role of the individuals who formed the company in the first place? Shouldn’t they be more sensitive to the evolving needs of their brainchild, especially when it becomes a global entity of countless stakeholders adding value in different ways? Shouldn’t they look beyond their personal priorities and preferences to evaluate what’s best for the company going forward? Shouldn’t they place unconditional faith in the ability of the chosen stalwarts and put forth differences of opinion in highly transparent ways rather than washing dirty linen in public.

Conversely, to be fair to them, in their defence, their concerns and reservations on the running of their firms need to be addressed with the sensitivity it demands rather than being overtly dismissive about them.  In this MNC’s case, without commenting on the merits, surely, the board could have examined the founders’ allegations about illogical severance pay and fancy acquisition price tags through a deeper internal probe before squarely concluding that the founder was at fault.

It’s high time shareholders including large institutional shareholders (whether Indian or foreign), mutual funds and Private Equity (PE) players did some introspection: do they feel the need to play a meaningful role in ensuring "true corporate governance" or are happy to maximise their returns at all cost. Even after acknowledging the materialistic motives of the people placing big bets on the given company, the mindset of focusing solely on returns is necessarily short-lived. Over the long run, how would returns be maximised if the governance is compromised?

Institutional investors are best equipped to control and guide the managerial tribe. Armed with the requisite expertise and knowledge, they should proactively ensure the well-being of the given organisations. Their negotiating powers, unlike minority shareholders, is sizeable and hence they need to exercise the same to ensure financial and operational efficiency and promote good corporate governance. Their activist role becomes even more critical in times of turbulence in ensuring that the managers don’t compromise the larger cause to serve their personal interests.

The SEBI definition of corporate governance is unmistakably Gandhian in character. It defines the term as "The acceptance by management of the inalienable rights of shareholders as the true owners of the corporation and of their own role as trustees on behalf of the shareholders, about the commitment to values, about ethical business conduct and about making a distinction between personal & corporate funds in the management of a company."

SEBI has certainly done a lot to arrest the falling standards of corporate governance in the specific context of promoter-driven Indian companies. Way back in 2003, SEBI had constituted the Committee at the MNC in 2003 for remedial recommendations. It subsequently introduced a comprehensive chapter on “Corporate Governance” under Clause 49 of the Listing Agreement which dealt with the appointment of independent directors, as also their participation in the remuneration and audit committee.

The new Companies Act, 2013 adopted many of the provisions of clause 49 of the listing agreement and has defined the term Independent Director; u/s 2(47), outlining his/her role via the Schedule IV of the Companies Act.

Although SEBI’s initiative was indeed laudable, the mandatory provisions knowingly or unknowingly overlooked harsh realities specific to India. For one, most Indian promoters of the "family" tradition act as gang lords, a badly kept industry secret. History is replete with instances when unyielding promoters have never allowed the management and the Independent Directors to perform their respective roles in letter and spirit.

As the name suggests, independent directors are expected to be independent from the management and are expected to act as the trustees of shareholders. This automatically implies that they must be fully aware of conduct of organisations, and should question it whenever found unethical, deceitful or in divergence from stated objectives.

In order to distinguish the role of Independent Directors from that of the Executive Directors, it would be advisable to adopt the two-tier board system as is prevalent in countries like Austria, Bulgaria, the Czech Republic, Denmark, Finland, Germany, Latvia, Poland, Slovakia and Switzerland. Some countries, such as France, permit companies to adopt either structure.

I personally feel it is imperative to follow the two-tier system where founders (holding not more than 2 percent) can productively share space with Independent directors in the Supervisory Board, given their limited economic interest. In an MNC example-like situation that we have stated earlier, stakeholders can find a secure shelter in the supervisory board to play mentors to respective managements.

Founders (holding not more than 2 percent) may suitably find place in the ‘supervisory board’, along with independent directors, thereby guiding the company more effectively and neutrally given their limited economic interest. In this situation, the founders, if placed in the supervisory board, could certainly provide the much-required guidance and mentorship to the respective managements.

Two-tier boards enable stakeholder inclusion better than one-tier boards. Given the stakeholder-focused model, employee and environment interests are automatically considered. Workers are entitled to participation in strategy matters and can recommend supervisory board members as they deem fit. Proper demarcation ensures effective and impartial control. To reduce management influence, the supervisory board can include adequate number of independent members. Likewise, appointment of former management members could ensure availability of experience and domain knowledge.

It is high time that SEBI considers clearly separating the role and responsibilities of independent directors and the executive directors and radically adopt alternate board structures for Indian companies then merely tweaking the regulations.