Narzo 30A review: Going all in on performance at the expense of style

We tend to have long discussions on how exactly we should put a price on a phone. Does the price tag dictate how good a phone is or is raw hardware power an excuse to overlook a phone’s shoddy design? The sub-10k segment is full of phones that seem to promise the world while listing out a laundry list of features that are supposedly “revolutionary” for the price segment. The Narzo 30A promises a lot and on paper, it looks enticing. 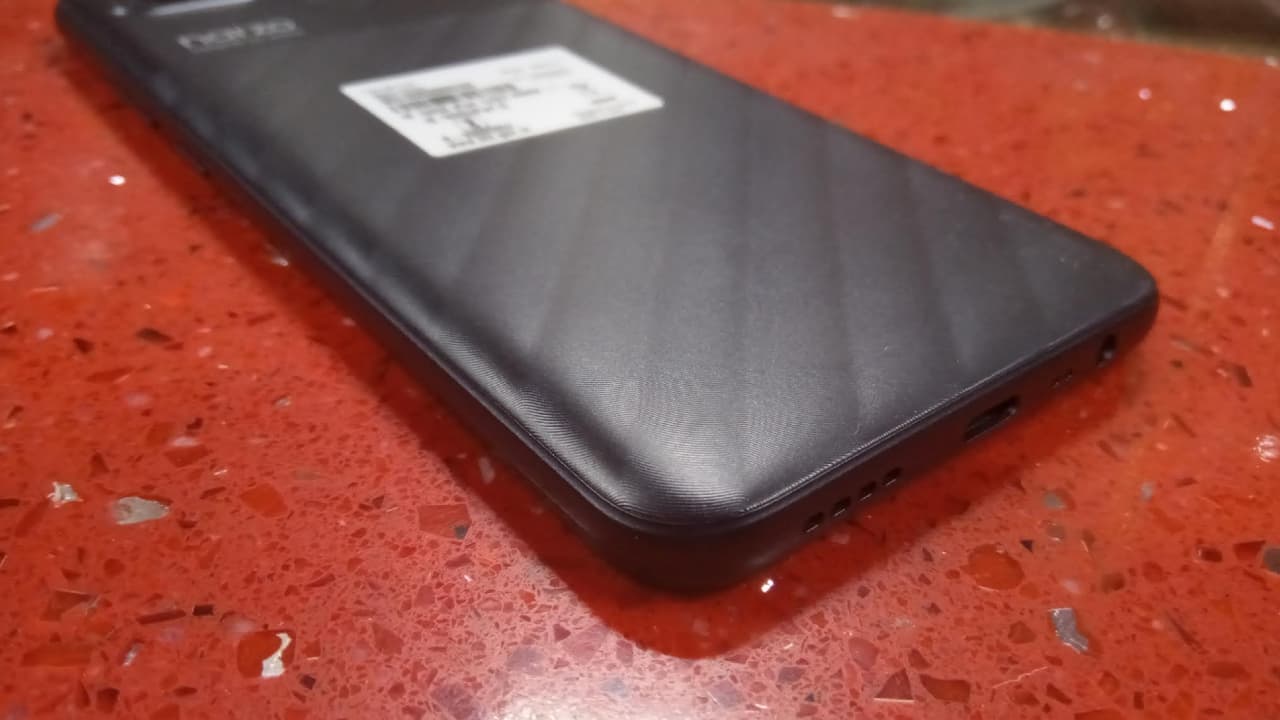 What is not enticing is the overall design of the phone. We tend to forgive a lot of phones in this segment for blemishes with design. The thing is the design is the first thing we see when we take the phone in our hands and unfortunately, the Narzo 30A just feels cheap. To be fair, a lot of phones in this category use a plastic chassis which is an acceptable trade-off given the cost but the 30A’s chassis feels so dated, I practically had a deja-vu back to the days of the old Nokia 3310’s and how those phones used to feel in hand.

On the back is a textured pattern that feels grainy to the touch and breaks up the monotony of the rest of the generic design. The square shaped camera module sits on the top left with a fingerprint reader in the middle flanked by the narzo logo. At the bottom is a USB Type C port joined by a headphone jack, a mic, and a speaker grill. The volume controls and power button both reside on the same side. While that is nice touch, making it easier to use phone one-handed, the buttons themselves feel a little too rigid, requiring you to press down considerably harder than in most phones to register an input. They are nice and clicky though, which I like.

The front of the phone houses a front-facing camera in the teardrop design style that is common for this segment now. Besides the occasional stutter here and there, the Narzo 30A is a surprisingly smooth-running phone. The MediaTek Helio G85 processor performs well under load, handling multiple applications running in the background without too much of a fuss. There is a noticeable stutter when you switch between apps or wake the phone from sleep after a while, but it goes away soon enough. The performance is not comparable to high-end smartphones but at this price you hardly expect that to be the case.

Gaming performance is surprisingly decent too, it handled some extended sessions of Elder Scrolls Blades fine and ran games like Genshin Impact and Old School Runescape without much of problem. The framerates are not a smooth 60 all the time, there are occasions when it falls to the 20s but that is comparable to almost any phone in this segment. At the very least, it tip-toes around the unplayable territory but does not cross over.

The Realme UI is also mostly clean and carries little bloatware, mostly in the form of pre-installed apps. Some of these are system apps and cannot be uninstalled, so I just put them in a folder and forgot about them. Thankfully, you can get rid of most of them. The UI itself is clean with a nice suite of options when it comes to theming, app drawers and lock screen magazines. There is also support for system-wide dark mode which extends to third-party apps that support it. The Realme UI is based on Android 10 and our review device came with Google’s January security patch installed.

The 6.5-inch screen is a pleasant surprise. It is bright, vibrant and the colours really pop. There are not many colour profile settings to play around with in the settings menu other than a colour temperature slider which is a bummer, but I did not mind the default too much and left it at that. Your daily dose of YouTube videos and quick Netflix catch-ups will look fine here.

The fingerprint reader is super snappy, almost to a fault. I found the phone would routinely unlock in my pockets if my finger as much as brushed against the sensor. It took a while get used to that but having some settings to tone down the sensitivity of the reader would be nice. Honestly, that is the only bad thing to be said about the sensor. It was not faultless, it would miss my input on occasion, but I found that happened far less compared to the times where the screen just instantly unlocked as soon as I touched the sensor without any delay.

Also appreciated is the presence of 5Ghz Wi-Fi support which is not a common thing in this segment.

It is fine. And that is all that I can say about it. In bright light and under the right conditions, the 30A’s 13-megapixel dual-camera module is capable of some good shots. It does not wash out colours or blow out too many details, but it does have clear problems with saturation. The low-light performance is bad with images coming out grainy and uninspired.

The front facing camera is serviceable if nothing else. It offers the usual assortment of selfie features and portrait modes; it will do well enough for video chats and calls. 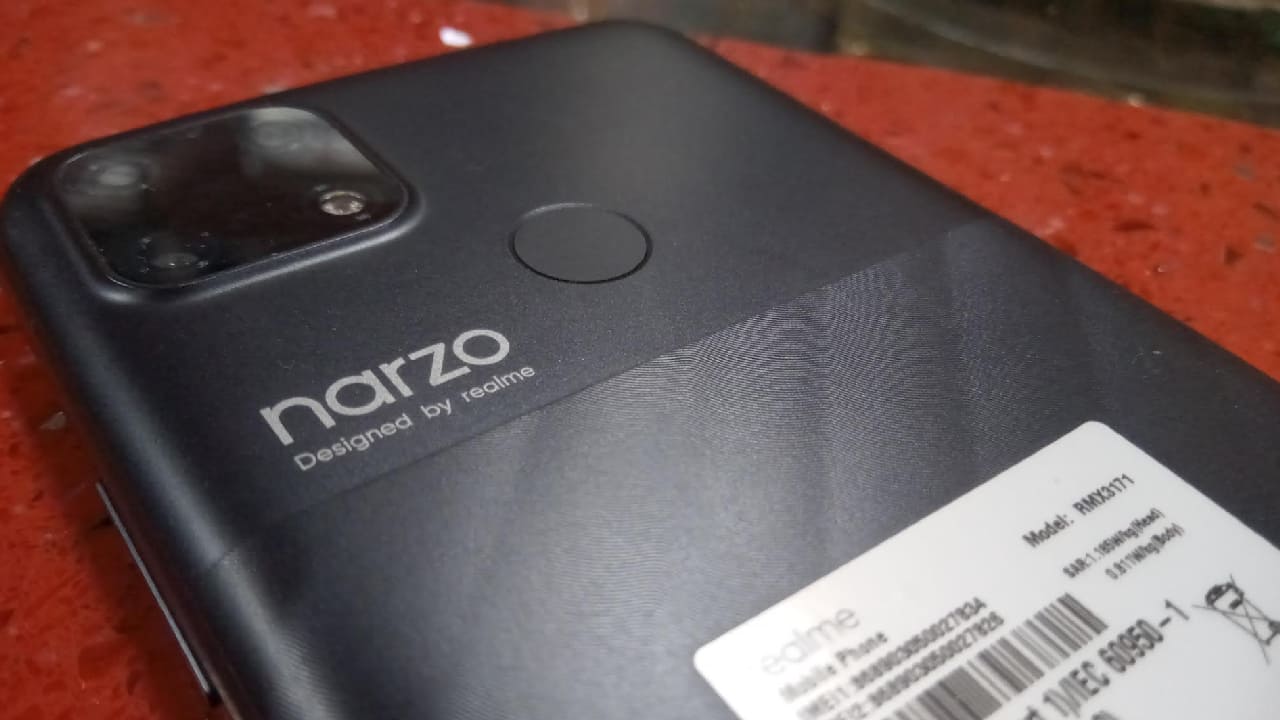 The 6000mAh battery is a trooper and easily handled a casual day of work with the occasional photo with aplomb, lasting nearly two days on a single charge. Under stress, with multiple apps open in the background, a couple of videos playing and a long gaming session, it still managed to hold out for the entire day on a charge. Realme has included a 18W charger with the package, which is appreciated and charges the battery fairly quickly.

If you can look past the super generic design of the phone, the Narzo 30A holds its own against other phones in this segment, it does not necessarily surpass them but also doesn’t falter. For the price, it is a workhorse of a phone that will get though a busy workday without much fuss.