Google Pixel 4a launch on August 3: Everything we know so far about the new Google phone

The ‘Lorem ipsum’ text attached with the puzzle on the placeholder website contains some fake Latin which mentions the Pixel’s low-light camera capabilities, bokeh, and also long-lasting battery life.

Google has confirmed the Pixel 4a launch date. The search engine giant will unveil its latest Pixel smartphone on August 3.

The ‘Made by Google’ Twitter page has been updated with a new cover photo. It shows a tiny punch-hole on the upper left corner and several colourful boxes between the text ‘The Google Phone’. The social media account also includes a link to a placeholder site, which includes a puzzle that when solved, reveals the August 3 launch date. Users need to tap on the boxes until they match the Google logo’s ordering: blue, red, yellow, blue, green, and red. 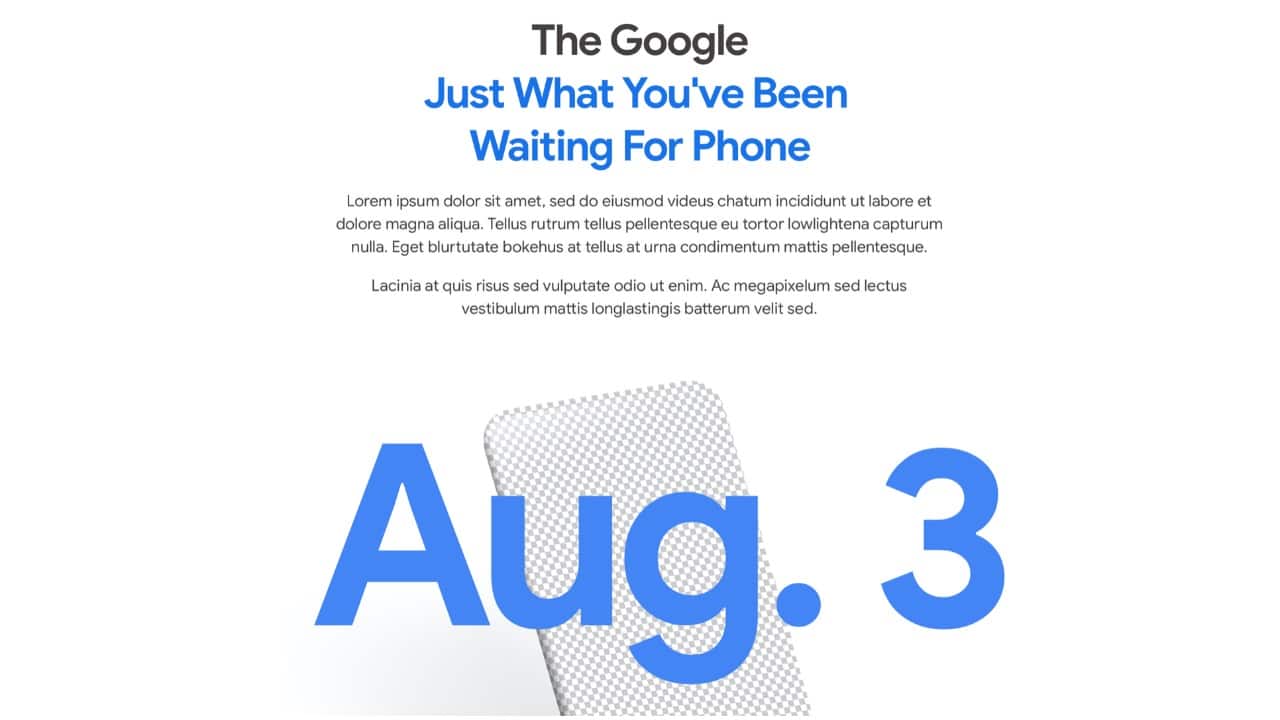 A recent report leaked the Pixel 4a launch date.

Pixel 4a specifications have been reported several times in the past. The company too accidentally leaked the Pixel 4a render images that revealed the design and some of the key features.

Google Pixel 4a is rumoured to sport a 5.81-inch Full HD+ display without 90Hz refresh rate. The rear camera module resembles the premium variant but features only a single 12.2MP lens setup. A leaked video also shows the 3.5mm headphone jack returning on the Pixel 4a.

Google is likely to use a Qualcomm Snapdragon 730G, coupled with 6GB RAM, on the Pixel 4a. This means that the smartphone will not get 5G-support. This would not be a matter of concern for Indian buyers as 5G rollout is months away, if not a couple of years at least.

Also read: Here's why you should be excited about the possibility of Pixel 4a launching in India
Moneycontrol News
Tags: #gadgets #Google #smartphones
first published: Jul 31, 2020 09:55 am