UPCOMING EVENT:Special webinar on Highlights of global investing in 2021 and what lies ahead' at 2 pm on 21st January, 2022. Register Now!
you are here: HomeNewsTechnology

Project Sophia is the "world’s first gaming desk concept with the adaptability to suit the demands of any user."

The new Razer Blade 14 makes a return with AMD️ Ryzen 6000 Series processors, up to a Ryzen 9 6900HX. Both the Blade 15 and Blade 17 arrive with the newest ️12th Gen Intel Core H-Series Processors, maxing out with a 14-core Intel Core i9-12900H. Razer noted that the newest generation of Intel Core i9 processors will see high-speed frequencies up to 5.0GHz. 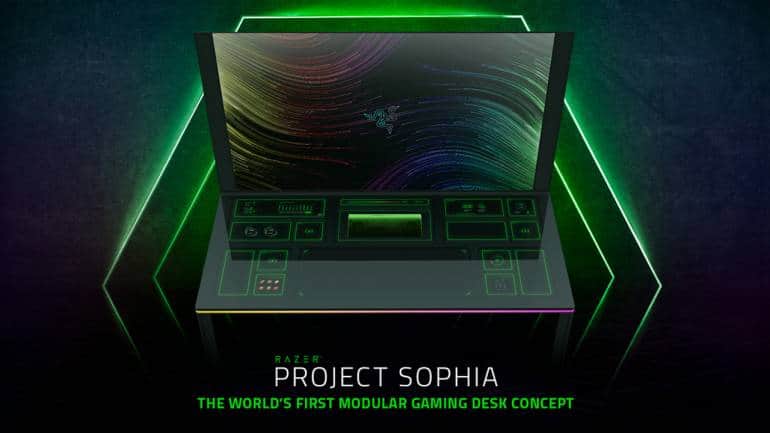 According to Razer, Project Sophia is the “world’s first gaming desk concept with the adaptability to suit the demands of any user, while the Enki Pro HyperSense gaming chair introduces a new level of realism with advanced haptic feedback.” For more information on Razer’s new modular gaming desk and gaming chair, head on over to the link.
Carlsen Martin
Tags: #Fossil Group #gaming #Google #laptops #razer #SKAGEN
first published: Jan 7, 2022 04:32 pm