Dell was among the many manufacturers to refresh its gaming line-up, particularly in its Alienware series. The company announced the Alienware m15 R4 and m17 R4, and the Alienware Aurora Ryzen Edition R10 desktop.

The screens can be equipped with up to a 360Hz Full IPS display or a 4K UHD 60Hz panel. Alienware m15 R4 and Alienware M17 R4 will feature the latest Nvidia GeForce RTX 30-series GPUs. Both the models pack an 86Wh battery and use vapour chamber cooling as part of Alienware Cryo-Tech cooling technology designs. Audio is outputted by a 2-way stereo speaker design. 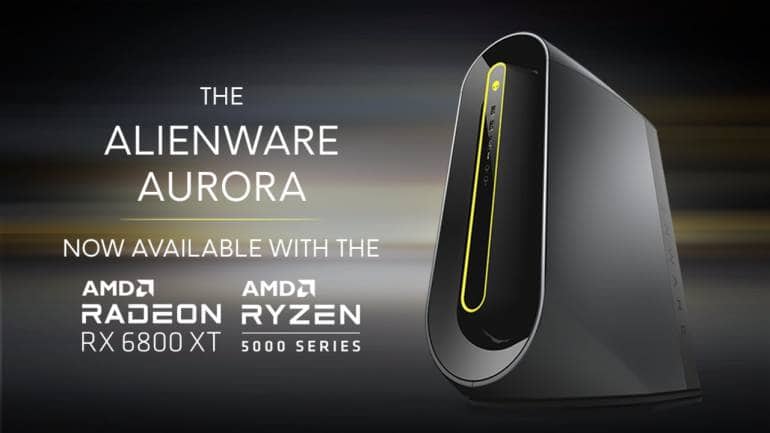 The new Alienware desktop is a full-fledged AMD powered desktop, but can be outfitted with Nvidia GPUs as well. The desktop can be powered by up to an AMD Ryzen 9 5950X processor with 16 cores paired with the latest AMD Radeon RX GPUs or Nvidia GeForce RTX 30-series GPUs. The company also claims that the new Alienware Aurora desktop has “an innovative airflow design and vapour chamber technology that dissipates heat and gives players an extra boost”.
Carlsen Martin
TAGS: #Alienware #CES 2021 #Dell #gaming #laptops
first published: Jan 13, 2021 07:49 pm