The evolution of the world’s greatest off-roading luxury yacht appears to have reached its zenith. Again.

At Rs 2.56 crore, the diesel Range Rover SE is certainly costlier than its competitors, but it remains peerless in design and the new one manages high speeds much better, without compromising ride quality.

Much like Kanye West’s list of grievances, specs for the 2022 Range Rover is seemingly endless. A solid 5.2 metres of aluminium, steel, wood and leather – the benchmark product from Land Rover’s stables is in simple minimalist terms, the world’s most breath-taking (and expensive rectangle. Tasteful minimalism is what designer Gerry McGovern is going for, as the fifth-gen Rangie gets even more tight-skinned than before, having dive-boarded itself into the fountain of youth, emerging cleaner, sharper and bigger. Much bigger.

Even without the addition of a third row of seats the new one is an absolute unit, with a stately, swept back appearance that serves to immediately set it apart from others, and help identify it as a Range Rover. The smoothness of its surface isn’t just for cosmetic effect. The decidedly square-jawed SUV has a drag co-efficient of only 0.30 Cd, thanks in-part to tighter shut lines.

Given that a new one is birthed only once in 10 years, the fifth-gen model is arguably the most important launch for a brand that’s struggling across global markets, and battling for relevance. The Range Rover, thanks to sheer brand value and unmatched good looks has managed to be relatively immune to market forces, partly due to the patronage it receives from celebrities and partly due to the fact that it’s always been a terrific product; a brand unto itself and a personal preference of the late Queen of England.

Not only will the current Range Rover set the tone for its smaller offspring and derivatives, it’ll serve as the foundation for future electrification plans, and has been designed to accommodate both a battery pack and two individual sets of motors. 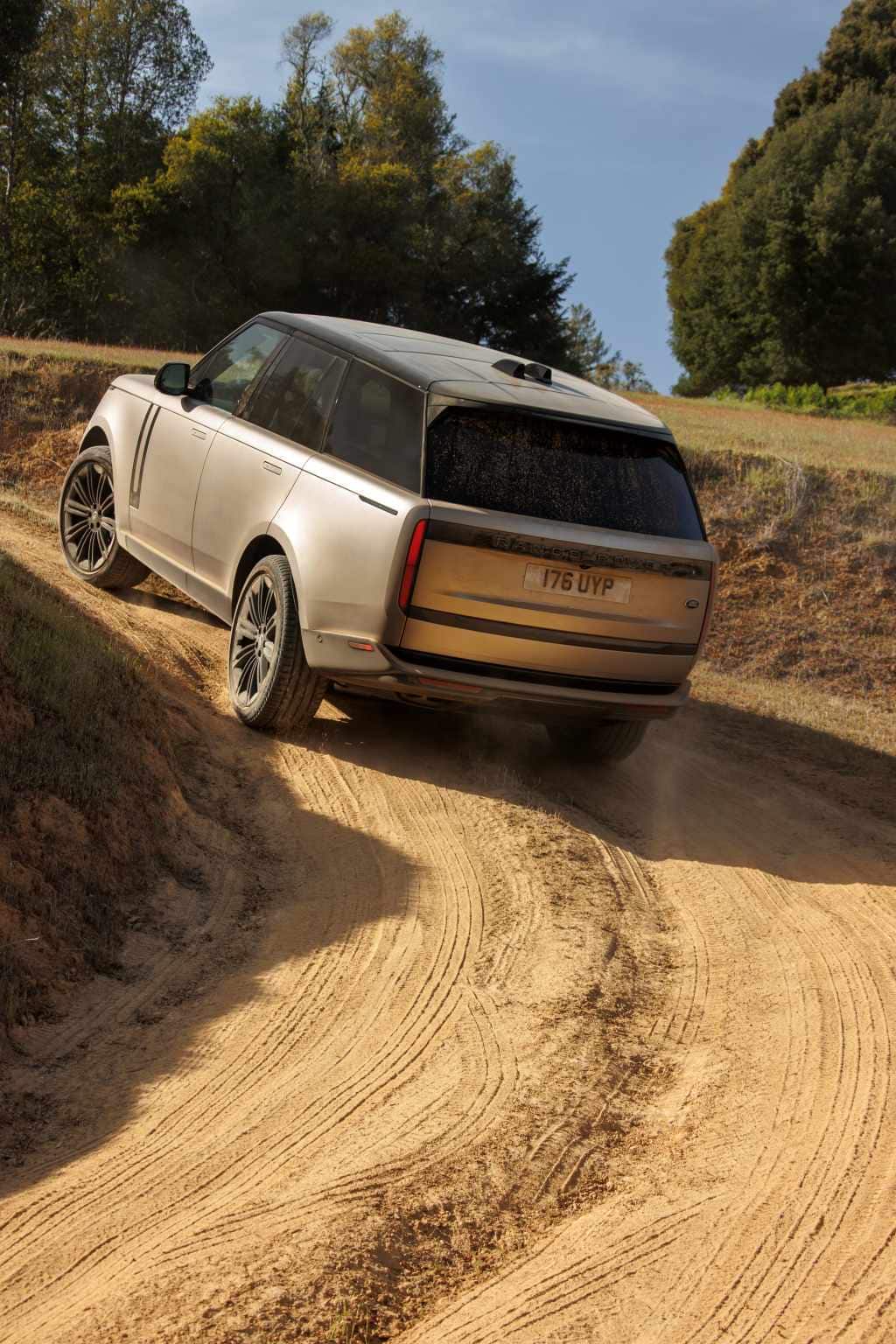 The new and not-so-new

While the powertrain remains fundamentally unchanged, there have been several incremental changes that make the existing, full-sized Range Rover an even more optimised version of its former self. Each decade one comes along and convinces you that you can’t possibly need more luxury and features from a car, until the next one arrives.

This one comes with an aluminium monocoque that’s 35 percent stiffer, a limo-like suite for the rear passengers with all the sybaritic delights one can think of. Land Rover’s proprietary terrain response system has also received some vital upgrades, as has the Rangie’s multimedia system and dashboard layout. A familiar 3.0-litre six-cylinder diesel (or petrol) motor sits underneath the bonnet, with active air suspension helping manage the 2.5 tonne kerb weight of this magnificent whale of a machine.

A cabin or a first-class airline lounge?

It’s hard to make the distinction, although short of a Rolls Royce, the Range Rover comes out on top, no matter what you compare it to. The whole interior layout is revised, with tasteful minimalism once again coming to the rescue. Apart from the large 11.4-inch centre console touchscreen, you get two optional ones at the back, all powered by a new operating system.

The resolution on all is crisper than a bag full of fresh pretzels, which is great because the Range Rover relies heavily on its hi-res camera system to navigate its way out of anything – parking lots, ruts, mud trails – you name it. Much like the Defender, you get eight different camera angles, ensuring that three cameras are working to show you each side of the car. You can opt for a 360-degree, 3D view of the car, or while off-roading, a side-view of the fenders. It never feels overwhelming. Even the information cluster gets crisp hi-resolution and a variety of screens, including one which displays the SatNAV only.

The interface on the centre console is easy to read and Land Rover has ensured that temperature controls are analog, making it much easier to change fan speed and temperature while on the move.

The back row is where the party’s at. A single click on the armrest mounted touchscreen folds the front passenger seat, extending an ottoman and creating acres of space for the rear-left passenger. A whole bevy of features are accessible through the armrest mounted touchscreens, so let’s hope the electronics prove more reliable than they have for Range Rovers in the past.

Driving on the road

Recent studies have concluded that most SUVs spend 70 percent of their lifespan on the tarmac. And that percentage is probably even higher for a Range Rover, although, given the off-road tech available here, it needn’t be. Still, the Range Rover, and even the Defender, are adept on-road cars, and in the case of the former, the comfort-levels on offer are in a very different league. The Range Rover, and even the Defender, are adept on-road cars, and in the case of the former, the comfort-levels on offer are in a very different league

Key change for the fifth-gen Range Rover is an electronic anti-roll system, designed to help manage its proportions along with a five-link rear suspension which gets rear-wheel steering – a first for the Range Rover. This ensures that its turning radius of 11 metres is less than that of other Land Rovers in the market – a staggering feat of engineering for a car with 3 metres separating its axles.

On the road, the 3.0-litre diesel is unfathomably refined. Even the steering feels precise and well weighted. There are big, exquisitely machined aluminium paddle shifters which entice you into manually operating the 8-speed ZF automatic. You needn’t though, because it’s a fabulous smooth unit, far quicker on up shifts than it is with downshifts, but given that it is grappling with 700Nm of torque, and a single clutch, it intervenes with startling alacrity.

But select the “Dynamic” mode on the 11-inch, touch-enabled centre console and things start to get a bit comical. A G-force metre appears on the screen along with other telematics for a timed lap around a racetrack. And while the Range Rover is surprisingly adept around corners – prompting an impressed eyebrow raise every time I braced myself for body roll only to find roll reduced to a minimum – it’s no track star. The very sight of a Range Rover wallowing about around chicanes prompts a chuckle.

The rest of it is serious business. The D350 which has as much power as its name suggests, has fistful of torque to throw at you, right from 2000RPM, a strong mid-range makes this a very capable tourer, settling into triple digit speeds like a marathon runner settling into a light trot. Rear-wheel steering further aids high-speed cornering.

The active air-suspension takes a while to find its stride, and this is where the sheer length of the SUV works to its detriment. At low speeds, the suspension, particularly for the rear passenger, can have a palpable bounce. Descend from a speed bump and you will have to be particularly gentle. Go over a pothole relatively fast and the thud is pronounced.

A truly hardy-yet-sophisticated off-reading system has always key in distinguishing the Range Rover from other forms of luxury transport. This one will take you wherever you wish to go, in total luxury, as the crow flies. Other than the standard modes available on the Terrain Response System, you can now individually configure the off-road system.

There’s also a Low Traction Mode, which can be accessed by switching to neutral. Certain modes, like rock crawling, require the use of lower gear ratios, prompting a notification asking you to shift to neutral and engage low-range gears. In “Off-Road” mode, the ride height can be extended to 295mm – more than any other Land Rover’s. At its lowest, “Access” setting, it still stands with 219mm of ground clearance.

Much like all Land Rovers, including the Evoque, the Range Rover has been designed with short overhangs, keeping in mind entry and departure angles. In Off-road mode, no matter how acute the angle, how preposterously large the trench or boulder, the Range Rover goes into Lunar Rover mode and always comes out unscathed and triumphant. Wheel articulation is made particularly easy with front wheel angles visible on the HUD, and through the range of cameras, even showing what’s underneath the car’s nose.

Verdict: The one and only 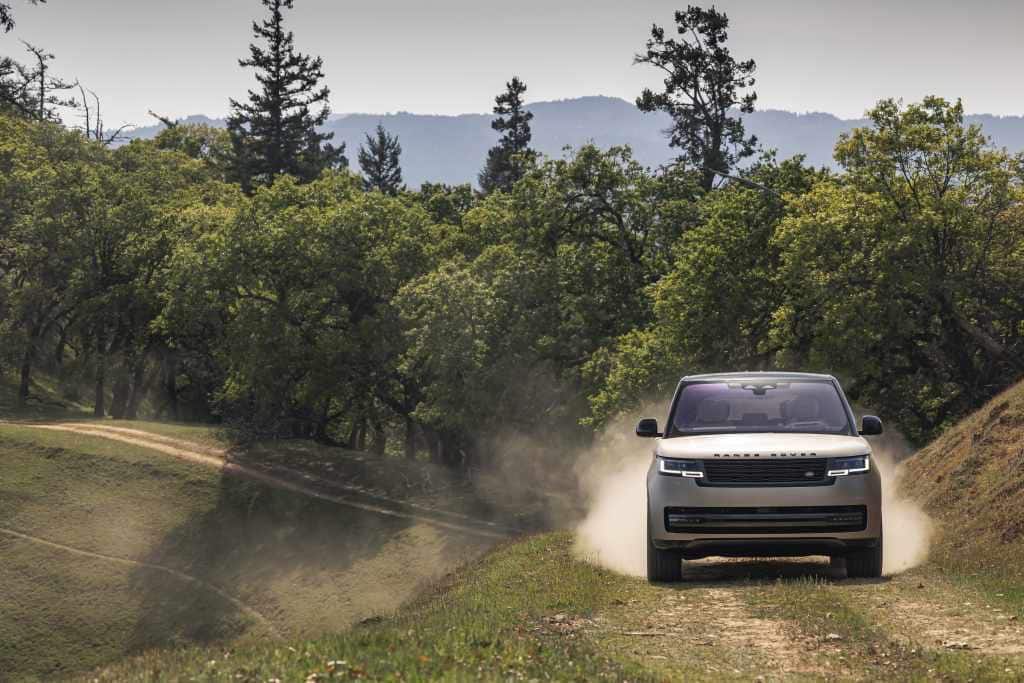 At Rs 2.56 crore, the diesel Range Rover SE is certainly costlier than its competitors, but it remains peerless in design and the new one manages high speeds much better, without compromising ride quality.

At Rs 2.56 crore, the diesel Range Rover SE is certainly costlier than its competitors, and with added length, features, and power it continues to become costlier. But it remains peerless in design and goes a long way in vindicating Land Rover as a maker of immaculately engineered off-road vehicles. The Range Rover is the percolated essence of the brand, surpassing all its peers with the true off-roading potential of a Defender and the yacht-like luxury of a, well, Range Rover.

The new one manages high speeds much better, without compromising ride quality. While the bouncy suspension, particularly at low speeds, remains the only chink in its armour, it remains committed to offering a one-of-a-kind luxury experience, with its high ground clearance and off-reading prowess being put to excellent use on Indian roads. And while an EV version of the fifth-gen Range Rover is set to arrive in 2024, this does mark the beginning of the end of the ICE Rangie’s lifespan, as the next decade will bring an all-electric Range Rover.