Suzuki Avenis review: What you need to know about the scooter’s price, specs and other details

The Avenis s trying to be sporty (but isn’t), and is a very refined, practical and fuel-efficient scooter. But that makes it no different from the Access.

The Suzuki Access is one of those inoffensive, under-the-radar scooters that ticks a lot of boxes, but doesn’t really stand out in any respect. It looks bland and ‘safe’, has a very refined and frugal 125cc engine, offers a comfortable ride and has some features thrown in too. With the Avenis, what Suzuki appears to want to do is to attract those buyers who may have been less than enthused by the Access’ design.

In almost every respect, the two stablemates are very similar, as they share a chassis and engine. Where the Suzuki Avenis differs is in the looks department – it’s the Access’ flashier cousin, and even comes in a racing graphics scheme. There are lots of creases and slashes all over its body, giving it some sporty pretensions (especially in that race scheme).

In fact, it looks rather similar to the TVS Ntorq, which is arguably the best 125cc scooter on sale today. I’m not sure if Suzuki decided that imitation was the best form of attack, but there you have it.

I wish some imitation of the Ntorq had been done in the engine department as well, to be honest. Not that the engine is a bad one – far from it.

The 125cc unit is in the same state of tune as on the Access, with 8.7 bhp and 10 Nm of torque, and it’s a brilliantly refined engine; it’s so quiet that sometimes you wonder if it’s an IC engine at all. It’s also reasonably quick, zipping off from a standstill with eagerness and cruising easily at 80 kph with no bother.

However, the fact is that the engine doesn’t quite match the Avenis’ racy design and lines. It would have been nice (and quite simple) for TVS to have given the engine a sportier character to match the looks, even if fuel efficiency would have gone down just a little. 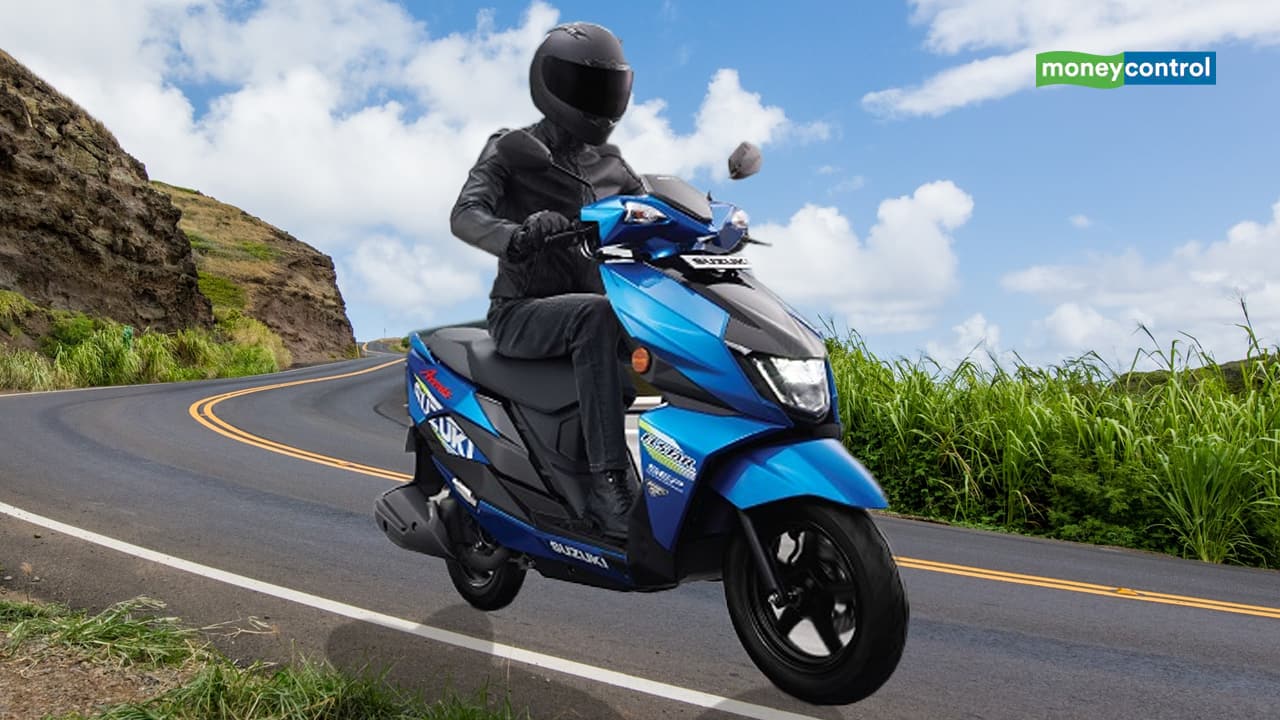 This was an opportunity for Suzuki to have a zesty scooter in its line-up, and that opportunity has been missed. Still, the Avenis will be reliable and very frugal, so there’s that.

The scooter uses exactly the same suspension, frame, wheels, tyres and brakes as the Access, so the family resemblance continues there. As a result, the ride quality is impressive, with the suspension soaking up the road rather well.

That also means it’s not the sharpest handling scooter you’ll ride (another trick missed by Suzuki); if you ride the Avenis hard, and try and slice through a series of corners quickly, it feels a bit disconnected from the experience, and not sharp enough. What would have helped here would have been a re-tuned suspension, a larger rear wheel and some tyres with more grip.

Still, the upside is that you get a very practical and comfortable scooter. There’s lots of room on the floorboard, the handlebars are tall and the seat is wide, taking care of the ergonomics.

Long hours of riding should be no problem at all on the Avenis. Under the seat, there’s enough room for a full-sized helmet, and you also get two gloveboxes, one with a USB charger. Annoyingly, though, you need to get off the scooter to fuel it, because the fuel filler is external and has to be opened with a key near the pillion grab rail. Features-wise, you get a digital instrument console with Bluetooth, a side-stand engine cut-off and LED head and tail lights (but no light for the under-seat storage).

The Avenis comes in at Rs 86,700, with the Race Edition a mere Rs 300 extra (get that one). This is more money than you pay for the Access (but less than you pay for the Burgman, also from Suzuki); it’s also what you’ll pay for the TVS Ntorq Race XP, a scooter that is quicker, handles better and is more fun to ride.

In my mind, I’m unable to slot the Avenis properly—it’s trying to be sporty (but isn’t), and is a very refined, practical and fuel- efficient scooter (which makes it no different from the Access). I assume that Suzuki is positioning it for those who think the Access is too bland and the Burgman is too over the top. I’ll let you make up your own mind.