If the Honda Hornet did well in the past, the new one does everything it did and does it better. The new bike isn’t just a fancy new cover on an old horse, we get new styling, a new engine and some more new mechanicals as well.

With the change over from BS-IV to BS-VI, auto manufacturers have already been scampering around updating their vehicles to the latest emission norms. Honda on the other hand has been launching new generations of its bikes instead of just upgrading the engine. And one such new-gen motorcycle is the Hornet 2.0 which we got to ride.

If the Honda Hornet did well in the past, the new one does everything it did and does it better. The new bike isn’t just a fancy new cover on an old horse, we get new styling, a new engine and some new mechanicals as well. So, let’s do this in parts, shall we? Speaking of design first, like we mentioned, it isn’t the same. The Hornet gets almost everything new, all of it meant to make you feel like you are riding a big bike. Starting off with the new LED headlamp, to a new tail lamp that still has the ‘X’, you get a feeling that the bike was built to look more premium. The tank is beefier while the shrouds are sharper. Honda has even integrated the key hole into the tank.

What we are surprised about however, is the addition of those gold upside-down forks. A bike just barely under the 200cc segment probably doesn’t need USDs, but we like it and Honda gave it to us. They’re gold, too, so they definitely look more expensive. For what it is worth, the new Hornet looks like it is based on an international street fighter rather than a bike for the masses. 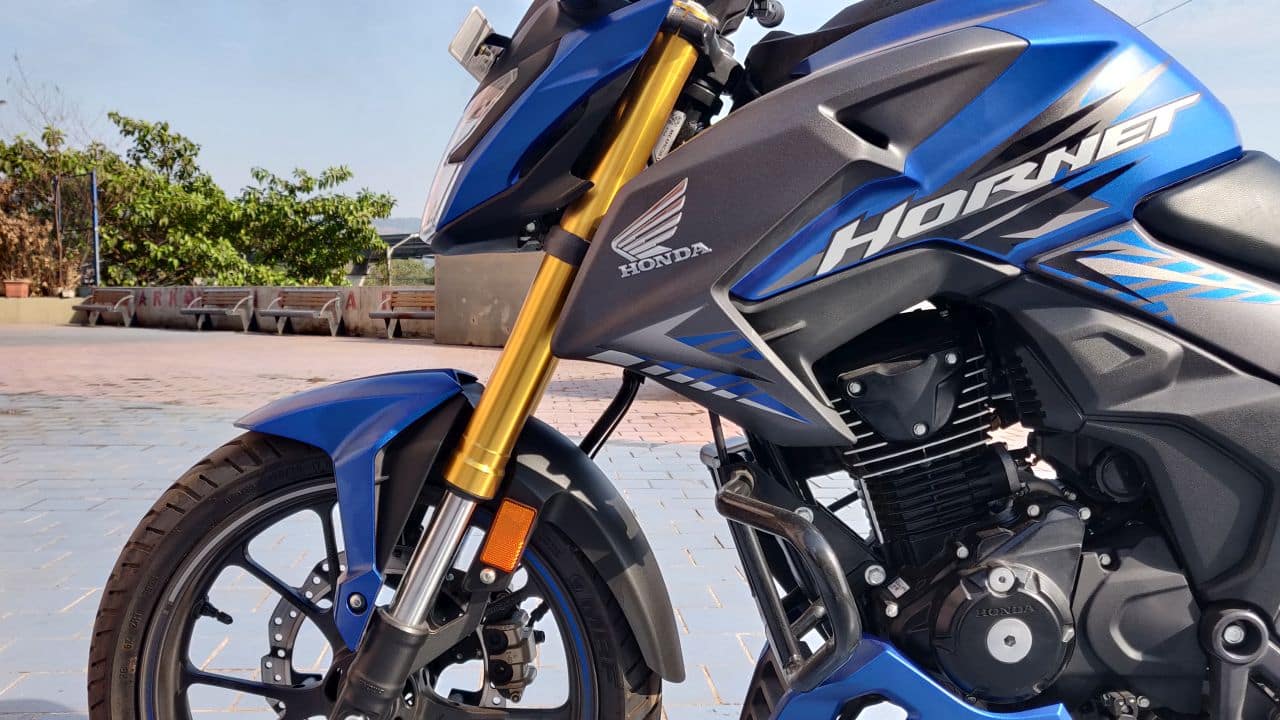 But then you swing your leg over and realise that it really isn’t just a bike for the masses. And what I mean by that is that the Hornet is so easy to ride. The tank that looks big off to the side, looks big when you’re sitting on the bike as well, but the seat is narrow enough for you to put both feet down easily. Yes, the seat height is a fair 790mm, but it definitely looks larger.

What really is exciting, though, is the new engine. A 184.4cc single cylinder that displaces 17.3 PS and 16.1 Nm is a step up over the older engine. Twist the throttle a little bit and you can feel how refined Honda has made this. There is a minor vibration nearer to the red line, but in the city, you wouldn’t really feel that. Out on the highway, too, around 85-90 km/h is where the sweetspot really is: cruising fast and loose. Gears shift into position smoothly and easily and the clutch action, too, is light.

On to riding and handling, we see that the 2.0 is much better than most other offerings from Honda. First off, you sit fairly upright with just a mild lean, so you still feel sporty without having to sacrifice your back. Turn the corner and you realise the premium USDs aren’t for show. They aren’t soft and this allows for almost sport-naked-like handling. Take it to the mountains or take it to the track, you’ll know what I mean. And the best part is you won’t get tired riding the highways or the through the city because the suspension is that good. In India, where potholes outnumber roads, the difference is immediately visible. So, would we recommend the Honda Hornet 2.0?

Of course, why not? A whole new bike just for the sake of BS-VI is something you’re not really seeing anywhere else. The Honda Hornet 2.0 takes forward its workhorse legacy from the previous-gen Hornet 160R, and it does it with style and a whole different attitude. It has something for everyone, whether it is for a city commute or a quick jaunt in the countryside. Yes, the price does put it in competition with the 200cc segment bikes but you would only have to compare these by engine performance. Maybe, we’ll try that next.
Stanford Masters
Tags: #Auto #Bike review #Honda #Honda Hornet 2.0 #Technology
first published: Jan 12, 2021 04:07 pm