172@29@17@101!~!172@29@0@53!~!|news|business|stocks|making-money-in-nifty-might-become-difficult-5-stocks-which-can-give-up-to-13-return-2271573.html!~!news|moneycontrol|com!~!|controller|infinite_scroll_article.php!~!is_mobile=false
Subscribe to PRO at just Rs.33 per month. Use code SUPERPRO
you are here: HomeNewsBusinessStocks

Making money in Nifty might become difficult; 5 stocks which can give up to 13% return

We are entering a grinding period, where it is not easy to make money on index. So, wait for a clear move on the index and stick to stock specific ideas.

Action post a strong rally on April 24, 2017 could well be described as consolidation. Though the Nifty made a new high of 9,367, but thereafter, it is lacking the momentum to carry the index above its previous peak.

On the downside, four digit gann number of support of 9,265 and a 90 degree move from 9,367 (placed at 9270) is acting as an immediate support. This rangebound activity has ensured a choppy movement within the index.

By Friday, we will get a clear view whether the support of 9,310 is holding or not. We are entering a grinding period, where it is not easy to make money on index. So, wait for a clear move on the index and stick to stock specific ideas. 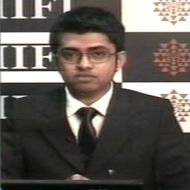 Meanwhile, Bank Nifty relatively outperformed by entering into uncharted territory and closing above three-digit gann number of 225(00). Second line of defense as per gann rule of 8 is placed around 22,200, which is likely to act as an important support.

Top five stocks to watch based on technical parameters for short term:

Arvind is currently going through a phase of consolidation at the top of its rally. It is showing traits of a stock which is in a strong uptrend. It is moving higher along with the support of its 13-WEMA since January 2017, wherein every pullback towards this

Since last six weeks, the sideways consolidation at the top of its trend can be termed as bullish consolidation. The outcome of such sideways movement are dealt positively during an uptrend.

Moreover, it continues to trade above the midpoint of gann channel of 401. A sustenance above the same for last one week suggests that the stock is likely to continue its journey towards the new orbit.

Fresh breakout from the above Rs 424 would provide the ammunition for the stock to ascend higher. Based on above parameters, traders can buy Arvind above Rs 424 with a stop loss of Rs 408 and a target of Rs 465.

Inability to break past the three-digit gann number of 225 contributed to reversal and eventually resulted in a strong underperformance in 2017. However, point of polarity (i.e. a classic case of previous resistance turning into support and vice versa) support came to the rescue as the selling pressure came to an end in this week’s trade around Rs 178.

The strong pullback from a critical support zone has also resulted in a breakout from downside sloping trendline. A 270-degree move from the peak of Rs 213 is placed around Rs 172.

The same coincides with three-digit gann number of Rs 169. So, the confluence of support zone has provided respite in ONGC and we expect the stock to build on the momentum seen in this week’s trade.

Keeping in mind above mentioned technical evidence, traders can buy ONGC above Rs 191 with a stop loss of Rs 183 and a target of Rs 210.

RBL Bank went through corrective phase since second week of April 2017. However, it could be termed as sideways correction as it managed to find support around 61.8 percent retracement mark of the entire rally from the beginning point of previous upmove, providing an opportunity to enter the stock.

Uptrending stocks tend to find support at declines and also tend to recover sharply from such corrective movement. During the above mentioned corrective phase, it found support around the starting point of its current gann channel.

Recent low of Rs 527 is also placed near the 270 degree by applying gann square of 9 from the recent high of Rs 599. It led to exhaustion of downside move and the stock resumed its previous umove.

Currently, it is on the verge of breaking above the earlier peak of Rs 599, which would confirm a breakout from recent consolidation phase. Based on above parameters, traders can buy RBL Bank above Rs 599 with a stop loss of Rs 580 and a target of Rs 650.

A steady move above its 50 days EMA and 4-year mean on longer time frame charts has improved price structure of Adani ports from long-term perspective.

The said pattern breakout warrants positive outlook for the stock and renewed buying interest from the support levels; while on higher side it may retest April 2017 peak levels which is placed near Rs 360.

Important support is now placed at Rs 329 and any close below it would void bullish implications. Based on above observations, traders can buy Adani Ports above Rs 340 with a stop loss Rs 329 for a target of Rs 362.

Performance of NIFTY IT index in 2017 can be best described as below-par, it has lost 2.5 percent so far in 2017. However, action seems to be picking up yet again in IT stocks after the IT index found support at its upward sloping trendline which is in place since November 2016.

Last week, HCL Tech made the first move from IT space after consolidation at the bottom. Now, TCS is also attempting to breakout after five weeks of sideways consolidation.

Bottoming out is a process, in which the stock moves around in a narrow range, but this particular stock made a low of Rs 2,253 and thereafter began a process of consolidation.

This consolidation eventually created a base structure. Moreover, despite a sharp correction from the recent peak of Rs 2,587, it managed to find support at its upward sloping trendline.

The same is in place since November 2016. We expect the stock to witness follow-up moves on the upside after the recent rangebound activity. Traders can buy TCS above Rs 2,330 with a stop loss of Rs 2,280 and a target of Rs 2,460.

Disclaimer: The author is Head of Technical Research – IIFL Wealth & Asset Management. The views and investment tips expressed by investment experts on moneycontrol.com are their own and not that of the website or its management. Moneycontrol.com advises users to check with certified experts before taking any investment decisions.