Web3 spawns a new generation of angel investors in India

More than capital, Web3 startup founders are looking for value addition, expertise and mentoring from investors. There’s also a shift in fundraising, with startups issuing token assets instead of equity stakes.

“Sandeep Nailwal is the Elon Musk for Web3 startups - having him on board makes us more credible,” said Abhay Aggarwal, founder of Colexion, a platform for non-fungible tokens backed by Polygon. After being backed by the likes of Nailwal, onboarding other investors and hiring becomes easy, he added.

The rise of Web3 has given birth to a new set of angel investors from India who back entrepreneurs in the space with not only capital, but also mentorship and community building, something these startups place a premium on.

From Nailwal and Jaynti Kanani (cofounders of Polygon) and Tanmay Bhat (content creator) to Nischal Shetty and Siddharth Menon (cofounders of WazirX) and Aniket Jindal (cofounder at Biconomy), these are some of the Indians who have uplifted the crypto or Web3 ecosystem globally, and whose backing is sought by upcoming Web3 ventures.

Web3 ecosystems refer to the decentralised systems that are based on blockchain, without a central gatekeeper. Ownership and data on the apps and platforms on Web3 are shared, more secure and private. 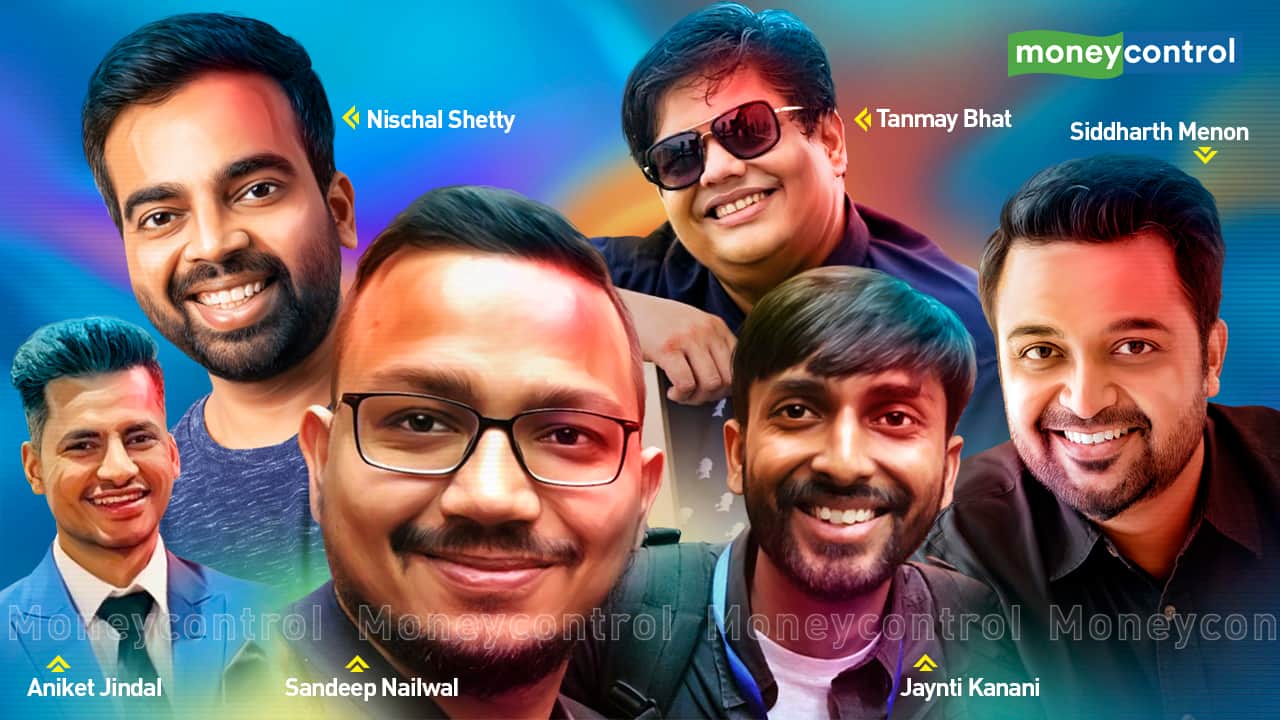 Location is no longer a constraint for startups seeking funds, but the first piece of advice given to Web3 entrepreneurs is to get active on Telegram and Twitter, apart from Discord. Why?

The Web3 or crypto community is built on Telegram and all updates within the community are shared via Telegram channels or Twitter.

According to Nailwal and Kanani, the goal is to give back to the community and help the entrepreneurs build in this nascent space. More than capital, founders are looking for value addition.

“There is hardly any good founder who is taking money from people who will not add value. In this space, value addition is the key requirement,” said Pareen Lathia, who is setting up Buidlers Tribe, which connects investors and Web3 entrepreneurs.

Commonly posed questions posed to investors are: What kind of advice can you give? What kind of doors will your investment open for me? Can you get me another round later? How can you help in hiring, building a community?

Lathia added that Buidlers Tribe has over 50 investors, a mix of founders, venture capitalists and functional experts.

“It’s not anymore about having a cap table with passive investors asking you questions,” he said.

“These startups need more mentoring than capital. For instance, if you onboard Tanmay Bhat, he gives you a platform and connects you to the right people within Solana or Ethereum. Also, if the media or influencers know that Sandeep or Tanmay is backing a venture, everyone is intrigued to learn more about the founder and the product,” Raza said. “A lot of startups are struggling because they do not have these investors and aren’t able to build credibility.”

Many Web3 entrepreneurs who have been in this space for a few years are also helping early-stage startups by mentoring as well as investing through equity and token assets.

Anshul Dhir and Ankitt Gaur are two names helping with the shift from Web2.

Dhir started with mining crypto and supporting blockchain networks back in 2016, then founded Koinfox in 2018, a trading terminal that allows users to place advance orders on multiple crypto exchanges from one window.

Also Read: Polygon founders on building an AWS for Web3

“When I moved from Web2 to 3, it was a steep learning curve. And I’m sure other entrepreneurs also face the same. Back then, none of the VCs were ready to back us because they didn’t understand the subject,” said Dhir, who cofounded EasyFi, a decentralised finance (DeFi) lending protocol with Gaur.

“In Web3, you compete globally. Be it culture, resources, capital, you are building on a global level. My ethos was to help so they can move to Web3 and build in a smoother way,” added Dhir, who has invested in over 10 such ventures.

“There are a lot of minute things when they help us. For instance, how to go about the marketing, build your community, build PR, whom to hire, share other global projects and so on,” said Aggarwal of Colexion, who was mentored by Dhir.

He added that guidance from entrepreneurs who have been through the same journey can be very effective because they know exactly what has to be done.

Web3 enthusiasts argue that this is more about community and not just venture capital. The community drives the project, so VCs cannot be the only parameter to succeed, they say.

Fundraising in the Web3 ecosystem is a significant cultural shift from Web2, say entrepreneurs and investors.

Coin table, token economy, community, and decentralisation are some of the key metrics that both entrepreneurs and investors should be looking at, unlike equities, cap tables, and control, which dominate the Web2 space. A capitalisation table (cap table) details the ownership of a startup.

For instance, most Web3 entrepreneurs do not raise funds via equity but token sales.

“We first planned to raise through equity. But building a Web3 venture based on a Web2 model can create a lot of problems while fundraising,” said Atharva Sabnis, cofounder of NFT Labs. “And valuations in the Web2 process cannot justify the potential of new assets like NFTs and so on.”

NFT Labs, which is launching its NFT marketplace called “Itsmyne” later this month, created a token called MYNE and sold 20 percent of the total supply to a set of investors at a discounted price, raising $2 million at a $12 million valuation.

The added advantage for these entrepreneurs is that token investors aren’t on the cap table but are asset buyers. This gives the founders flexibility and independence and investors liquidity as the tokens can be sold in the market anytime.

Of course, this also poses a new set of risks to both the founders and the token investors.

“A rough analogy is that having a token is like dealing with the daily fluctuations after an IPO. It can be a quick way to raise funds but growing the token economy and utility is often the difficult part and many founders are not prepared for the demands of managing the community or ecosystem,” said Nitin Sharma, a partner at venture capital firm Antler India who has invested in Web3 startups since 2017 in a personal capacity.

Sharma also doubts the sustainability of many token projects in the long run and remembers the 2017 scenario when a number of initial coin offerings happened but the tokens had no utilisation.

“Hopefully, in this cycle we will see some actual token economies based on real-world applications and not just to drive yield or asset speculation,” he said.

However, he added: “It’s not like an average user will transact in 500 different tokens, right? There is also a cognitive load.”

Many also believe that while the risks are higher, the upside is also quite high.

Web2 vs Web3 – a paradigm shift

“The founders who are building quality products, which are very few, are getting pitched by investors and the tables have now turned,” said Lathia.

He added that investors don’t have to wait for 5-10 years for an IPO, which is why there is early liquidity and money floating in the ecosystem. Further, with no cap table, there is more independence for founders, unlike in the Web2 space, where many a time founders were removed during a crisis.

“Venture capital in Web2 was floating among the top few VCs and entrepreneurs who had a proven record and pedigree. They had a strong network and clout. Through those closed-door discussions, VCs would fund the startups even before others knew what the product was. Of course, the culture trickled down from Silicon Valley,” said Raza.

In Web3, which is community-driven, it is more of a mission for those who believe in decentralisation, he added.

“They (Web2 investors) are having a major FOMO (fear of missing out) now. There was a time when the whole VC community turned a deaf ear to Web3 startups. Perhaps times have changed for good,” said Dhir.

Many agree that this is the sentiment across the ecosystem and why startups are more keen on raising funds from angels than VC funds. Moreover, many said Web2 VCs do not understand the nuances of the Web3 space.

Some, however, see it from a different lens.

“The principles of building a company still remain the same, right? Whether I’m building in crypto or Web3.0, I still need to build a culture, a team and have the right strategies. We are building financial services on Web3, so I need to understand financial services also and I need the Web2 experts and investors,” said Anshu Agrawal, cofounder of Flint which is backed by Sequoia and angels like Nailwal and Kanani.

“But when I am enabling value propositions in Web3, that is where the expertise of these people come in.”