On September 1, Zerodha, among India’s largest discount brokers, got the in-principle license to launch its mutual fund business from SEBI. To be sure, the fund house is still a few months or even a year away from commencing operations. It would now work to put its office, operations, systems and a team together before it applies for the final license.

Meanwhile, Navi mutual fund, started by Flipkart founder Sachin Bansal, has filed draft offer documents for 11 passively-managed schemes it plans to roll out, including one that would invest in one of US-based Vanguard’s exchange-traded funds (ETFs).

In earlier interviews to Moneycontrol, Nithin Kamath, founder and CEO of Zerodha had said that his fund house would launch low-cost, passively-managed schemes. Why are new fund houses keen to launch passive funds when most of India’s largest MF schemes are actively-managed? 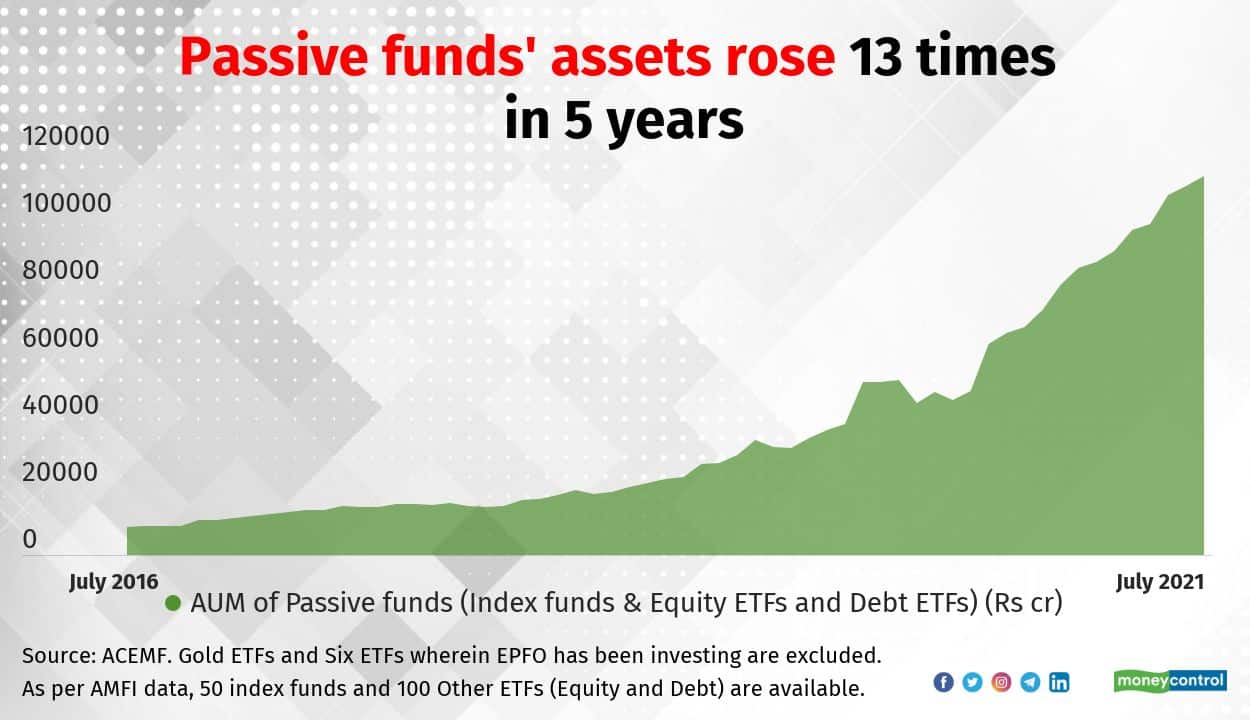 Start-up fund houses are well aware of the gigantic sizes of their largest competitors in the Rs 35 trillion Indian MF industry. Now, 10 of the 43 existing fund houses already have assets worth more than a trillion rupees each. Seven of those, including the largest – SBI Mutual Fund – are bank-sponsored and thus benefit from massive branch distribution channels. The SBI Balanced Advantage Fund NFO collected Rs 14,500 crore, and is a case in point. So, how does a new entrant make inroads into the industry? 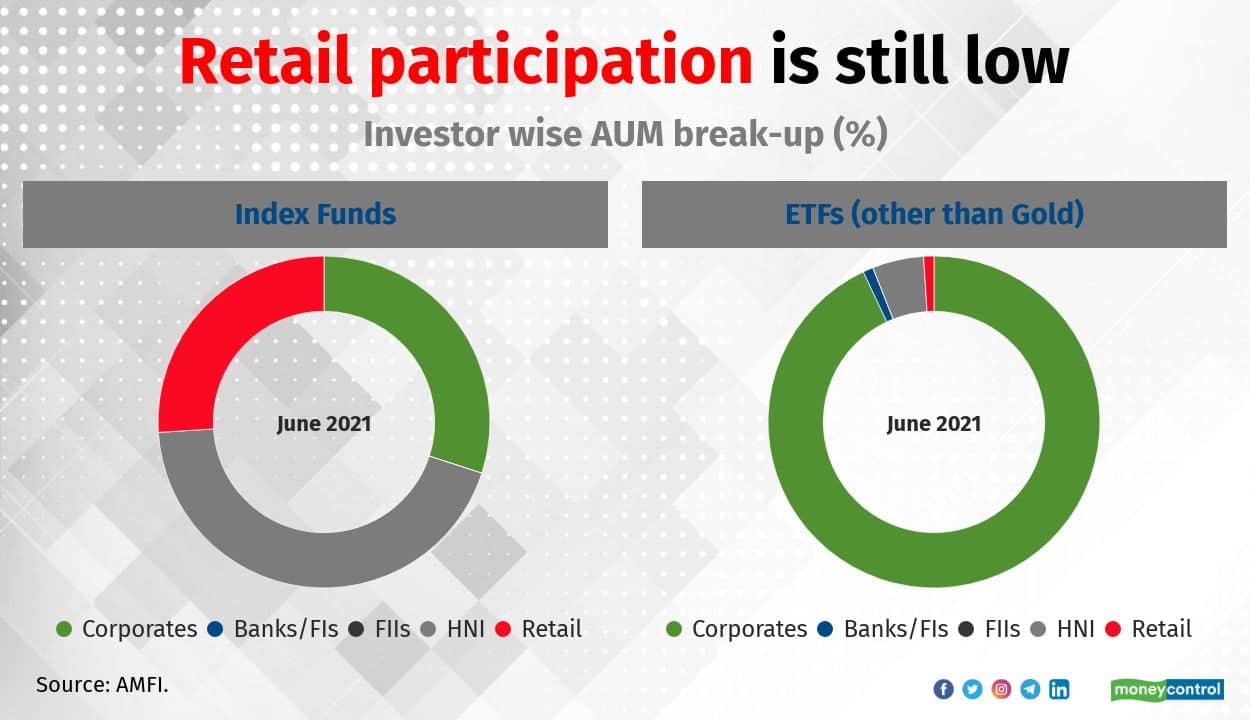 Offering low-cost passive schemes that do not come with fund manager risk is one way, as they just mimic the index they track.

In July, the Navi Nifty50 index fund was rolled with the direct plan carrying an expense ratio of just 0.06 percent.

Such low expense ratios matter. For instance, assume scheme A charges an expense ratio of 0.10 percent, and Scheme B charges 1.2 percent. Assume you invest Rs 1 lakh each in both the schemes for a period of 10 years and equity markets go up by 14 percent. Scheme A will give you Rs 3.67 lakh, while scheme B will give you Rs 3.33 lakh. That’s a saving of nearly Rs 34,000, purely due to low expenses.

Bengaluru-based investment coach Harish Rao says, “When new fund houses get launched, it’s good to test the waters with passive funds. By removing the risk of fund manager decision, it’s easy to sell to the masses. If your (passive) funds do well, it’s good. If they do not do well, people will blame the market. Nobody would judge the fund houses.”

Making it easier to invest

Groww was set up in 2016. It recently got into the asset management business by acquiring Indiabulls mutual fund. But Groww led the pack in July by opening 3.67 lakh new SIP accounts.

Experts say new-age digital-focused fund houses such as Zerodha and Navi would also attract new customers with ease. “I am quite confident they will,” says Ajit Menon, CEO of PGIM Mutual Fund. Menon says that they would not just incrementally add more number of new customers than many other fund houses, they will also put pressure on existing fund houses to improve their digital footprint. He adds, “Pressure on others to differentiate and compete and will also bring in or attract fresh talent into the industry with different skill sets”.

A digital approach and a focus on passive funds is also one reason why Zerodha and Navi mutual funds are based in Bengaluru and not in Dalal Street in Mumbai, the traditional hub of the Indian MF industry.

Kayezad E Adajania heads the personal finance bureau at Moneycontrol. He has been covering mutual funds and personal finance for the past two decades, having worked in Mint and Outlook Money magazine. Kayezad was the founding member of Mint’s personal finance team when it was set up in 2009.
Tags: #invest #Mutual Funds
first published: Sep 3, 2021 09:18 am