Narendra Modi rides to power in a historic mandate that would allow him to give reforms a further push.

The huge margin of victory will allow the Modi government to accelerate its unfinished policy initiatives ranging from income tax reforms to a simpler goods and services tax, from structural solutions for the farm sector to banking reforms, and enabling investment to create opportunities to the armies of young people joining the queue of job hopefuls every year.

The BJP crossed the half-way mark of 272 seats on its own, and along with its partners secured around 350 seats in the Lok Sabha, giving the National Democratic Alliance (NDA) a commanding majority in the Parliament’s lower house for the second successive time.

The Indian National Congress (INC), led by Rahul Gandhi, returned with a tally of about 50 from 44 in 2014, raising questions about the grand old party’s ability to challenge the new template of politics that Modi and BJP President Amit Shah have repeatedly demonstrated over the last five years.

United Progressive Alliance (UPA), the Congress-led rival political grouping, managed to win only 90 odd seats among themselves, as regional satraps sought to pass the blame squarely on INC for turning out a dismal show. 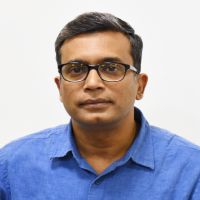 Modi led a high-octane election campaign crisscrossing the country in blazing summer in a marathon seven-phase election spread across 39 days. The NDA swept the states of Bihar, Rajasthan, Madhya Pradesh, Gujarat, Haryana and Jharkhand, bettered its tally in Karnataka, and romped home with a landslide in Maharashtra.

In Uttar Pradesh, where it was locked in a pitched battle with the Samajwadi Party (SP)-Bahujan Samajwadi Party (BSP)-Rashtriya Lok Dal (RLD) Mahagathbandhan (grand alliance), BJP won about 60 seats, down from 71 last year.

The BJP was, however, able to contain its slide in Uttar Pradesh, India’s biggest state with 224 million people — bigger than Russia, Brazil and Pakistan by population — despite a spirited opposition that had sought to halt the Modi juggernaut in the state by putting up a joint fight, setting aside their historically acrimonious differences.

The Congress, which did not join the opposition alliance in the state, managed to win only 1 seat, Rae Bareli contested by UPA chairperson Sonia Gandhi. The Congress was humbled by the loss of its President Rahul Gandhi from his family bastion of Amethi.

The BJP, however, more than offset its losses in Uttar Pradesh, by making deep inroads in India’s eastern and north-eastern region.

In West Bengal, the big east Indian state which has saw a fierce battle between BJP and state chief minister Mamata Banerjee-led Trinamool Congress (TMC), and where BJP expended a lot of political capital (Modi addressed bulk of his rallies in UP and West Bengal), delivered about 18 seats to party, a giant gain from the modest two seats it had won in 2014.

Odisha, another east Indian state where BJP focussed in 2019, fetched eight seats for the party against just one seat in 2014.

The Congress was expected to do well in Madhya Pradesh, Rajasthan and Chhattisgarh, where it had ousted BJP governments in recent state Assembly polls. Rural angst over low prices of farm commodities has been identified by experts as a key reason for the BJP’S defeats in these states in the state elections in December. Five months later, however, the BJP retained the bulk of its 2014 harvest in these states.

While the opposition alliance in Uttar Pradesh did help halt their slip, in Karnataka, the BJP reaped a bountiful crop, winning 25 of the 28 seats overriding a Congress-JD (S) coalition, which is currently ruling the state.

That said, BJP continues to remain a marginal player in southern India, barring Karnataka, a state where it has been strong traditionally. It won 4 seats in Telangana and none in Andhra Pradesh and Kerala.

The UPA and Congress, on the other hand, made healthy gains in southern India, especially Tamil Nadu and Kerala. The Congress-led United Democratic Front (UDF) won 19 of the 20 seats in Kerala, up from 12 seats in 2014.

Likewise, in Tamil Nadu, UPA made big gains and won 31 seats (most by its alliance partner DMK) against none in 2014. Tamil Nadu and Kerala are the only two states where the UPA’s tally reached double-digit seats in 2019.

The NDA had contested this election highlighting the government’s achievements and Modi himself had sought votes for seamless continuity in his policies. The poll results indicate that voters from Himachal Pradesh in north India and Karnataka in the south, Gujarat in the west and the Arunachal in the north-east, bought into Modi’s India Dream.

The poll results will strengthen Modi’s hands, allowing him to accelerate policymaking in many critical areas. The bitterly fought elections had everyone hanging to the edge of their seats. The consensus among non-NDA parties was that even if Modi had an edge he might have to enlist new political parties to attain simple majority and form a government. The rationale: NDA had hit a peak in 2014 and it could only go down from there.

Modi, the results show, has turned that dominant line of interpretation on its head.

The results relegated the Congress to the peripheries of India’s national politics. The grand old party’s wins were largely limited to Punjab and Kerala, where Rahul Gandhi contested from Wayanad, while its campaign in states such as Uttar Pradesh seems to have only helped NDA gain by splitting Opposition votes.

A stronger Modi would be able to follow through on his message of continuity undertaking crucial reforms that were left incomplete during NDA 2.

Goods and Services Tax (GST), which will complete two years of roll out on July 1, will likely see a stronger push towards simplification. The BJP in its manifesto has talked about simplification of GST, given that small and medium enterprises have had to put up with multiple rate changes, teething return filing problems and cumbersome procedures.

Banking reforms – a much-pending step highlighted time and again by the controversies surrounding fugitive economic offenders like Vijay Mallya and Nirav Modi – could finally see some movement while his pet projects like easy loans to the small and medium sector would gather speed.

The Modi-government is also likely to move quickly on giving farmers—battling falling prices barely enough to cover costs—something to cheer about.

In the Interim Budget, the government had announced a scheme –PM-Kisaan—that gave 120 million farmers owing upto two hectares of land Rs 6,000 a year.

While this demonstrated the government’s intent to walk the talk on addressing farm distress, the malady needs an enduring solution given that weaknesses could only worsen as landholdings shrink.

Analysts also expect the new government to take a string of measures on incentivising investment to enable faster job creation and hastening the process of introducing a new direct taxes code (DTC).

The government is also expected to use this political opportunity to drive ahead its agenda of privatisation of state-owned enterprises, including loss making Air India, and also align `Make in India’ policy with a new foreign trade policy.