Use dips to initiate fresh long positions; top 3 stocks which can return 10-28%

Last week optimistic closing was followed by a gap up opening and Nifty eventually confirmed its breakout from broad consolidation. Subsequently, Nifty saw back to back gap up opening which drove it above its stiff resistance zone of 11150-11200 levels. In fact, Nifty Bank index which was one of the biggest contributors in this rally had registered a fresh all-time high above the psychological level of 29,000.

At this juncture, Nifty has retraced 78.6 percent of its entire move from the top of 11,760.20 to the bottom of 10,004.55 which might act as an immediate resistance however overall outlook for index remains bullish and we expect Nifty to retest its all-time of 11,760.20 in forthcoming. 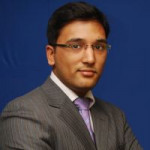 Options data is also indicating some consolidation in broader indices at current levels. On the higher side, aggressive call writing has been seen around 11,400-11,500 strike option and that range will act as supply zone in short term whereas on lower end put writing at 11,200 will prove as buying zone for index.

Outlook for short term remains bullish and any dip towards 11,200-11,180 levels can be used as buying opportunity.

Here are the top stock trading ideas which can give good returns:

Looking at the weekly chart, the stock confirmed its breakout from ‘Downward Sloping Channel’ pattern during December 2018 and saw decent run-up till 110. Subsequently, it witnessed profit booking and descend towards Rs 77.50 and formed a higher bottom formation.

Looking at the weekly chart, RSI (14) found support near the 40 level and started heading northward which is a bullish sign. Also, the recent low of Rs 77.50 coincided with the upper band of the channel pattern.

On daily charts, NBCC has formed a strong base near Rs 48-50 zone and rebound sharply. In the process, the stock eventually formed a ‘Double Bottom’ pattern. During March 14's session, it confirmed its breakout from said pattern and the target of said pattern comes at Rs 78.

Also, the stock convincingly crossed the 200-DMA which supports our bullish hypothesis. Hence, we recommend traders to buy this stock in a range of Rs 63-61 with a price target of Rs 78 and stop loss placed below Rs 56.

Infosys has seen decent profit booking in the past few weeks and descend towards Rs 710-700 zone from its recent highs of Rs 770. The said level coincided with the 50  percent retracement of its entire move from the bottom of Rs 634 to the top of Rs 772.25.

Currently, the stock is oscillating near daily 89-EMA which will act as immediate support. The daily RSI (14) comes near the 40 level which might support stock to stabilise.