With regards to benchmark indices, we expect Nifty to continue trading in the range of 16,800-17,450 and only a break on either side will lead to a directional move, said Malay Thakkar of GEPL Capital

After witnessing a Doji Candle range in the previous week, Nifty has witnessed a rangebound action this week. On the daily charts, the index is hovering around the 200-days SMA (simple moving average - 17,219).

The index has formed a double bottom in the 16,850-16,900 zone and this level would act as a major support on the downside.

The RSI (relative strength index) indicator on both daily and weekly timeframe is hovering around the 50 mark and giving neutral signals.

We expect the index to continue trading in the range of 16,800-17,450 and only a break on either side will lead to a directional move.

In the recent correction from the highs of Rs 746, Godrej Agrovet took support at its 61.8 percent Fibonacci retracement level (Rs 450).

In Thursday's session the stock gave a breakout backed with strong volumes and closed at 5 months high level. Further it saw the highest volume in past 10 months which indicates the strength of the breakout.

The RSI indictor has broken above 70 suggesting bullish momentum in the counter.

Going ahead we expect the stock to move higher towards Rs 635 followed by Rs 665 levels. We recommend a stop-loss of Rs 525 on daily closing basis. Reliance is trading at fresh life time high levels and gave a 6 months consolidation breakout on the weekly charts which has been forming since October 2021.

We witnessed a volume pick up at every rise in a stock price which shows strong bullish undertone of the stock.

The Bollinger bands are expanding as the stock is breaking out of the upper band indicating possibility of a trending move going forward.

We expect the stock to move higher towards Rs 3,110 followed by Rs 3,330 levels. A stop-loss of Rs 2,710 should be maintained on daily closing basis. 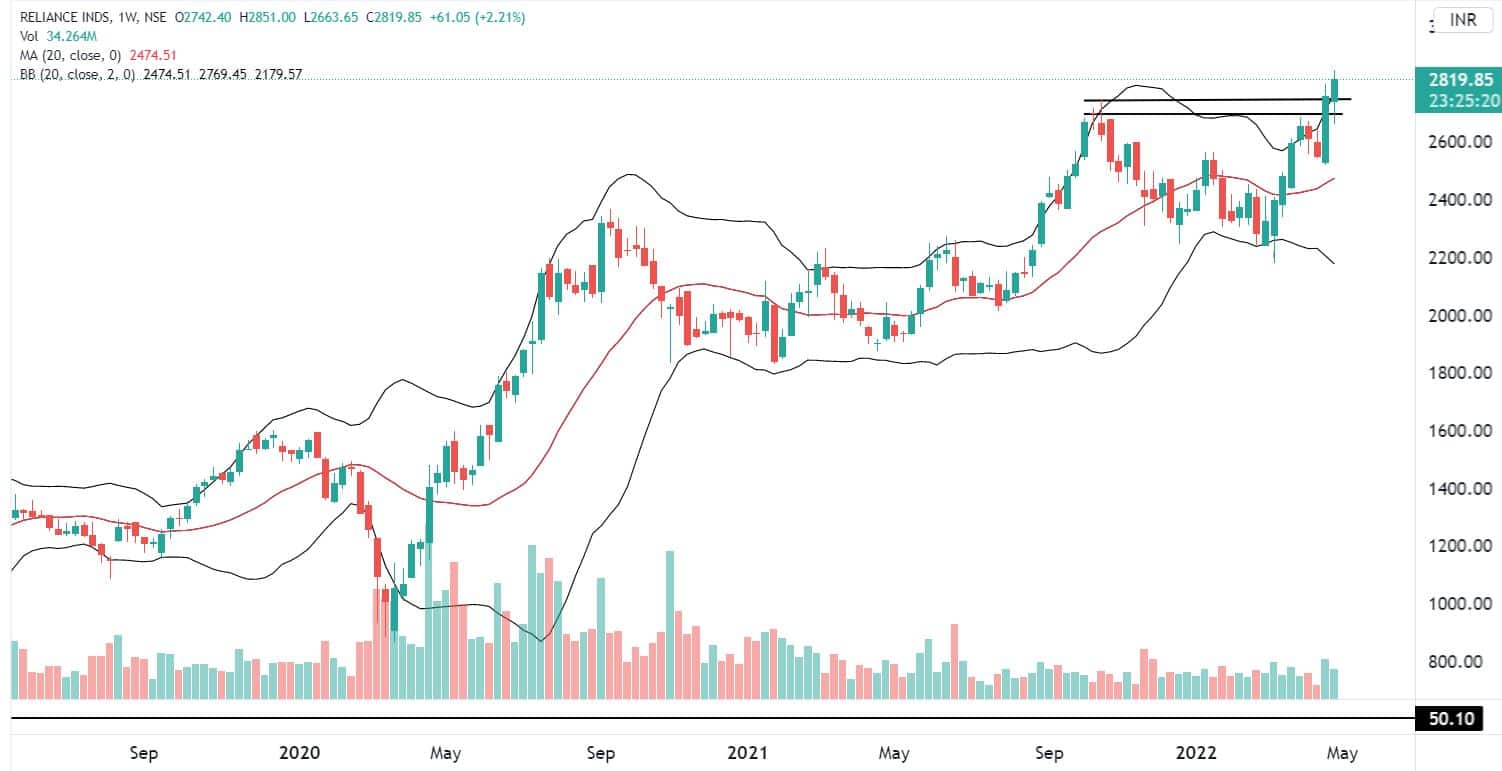 In the current week, the stock has given a breakout backed with good volumes. The RSI indicator plotted on weekly has broken above the 70 mark and is confirming the bullish view.