High volatility seen in expiry week; use every sharp bounce to book profits

The Nifty has tumbled significantly over last couple of months from the all-time high of 11,171 registered in January this year. Recently, the trend has been clearly dominated by the bears, which has resulted in four consecutive negative weeks.

During the course of the fall, each attempt to form pullback fizzled out near the crucial daily moving averages, which have attracted fresh round of selling each time. The recent bounce that lasted for couple of sessions couldn’t even reach those averages thus highlighting the bearish trend.

On the way down, the index has broken a number of crucial supports, latest being the psychological mark of 10,000. The benchmark index has fallen below the crucial psychological support after 23 weeks. This shows that the short term as well as medium term trend is in favour of the bears. 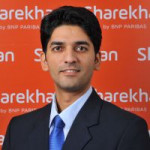 The momentum indicators on various time frames are in confirmation with the bearish trend as well. In terms of Elliott Wave Theory, Nifty is witnessing wave extension on the downside, which means further downside over next few sessions.

The week ahead is a truncated week; at the same time it’s an expiry week. So volatility is likely to be at a heightened level. Any attempt to form a pullback is likely to face resistance near 10,100-10,230. So if we get to see that bounce then it should be taken as a selling opportunity.

On the downside, the Nifty is expected to slide down towards 9,800, which has been our medium term target since last several weeks.

Wipro has formed a bearish price pattern called Head & Shoulders and has broken out on the downside recently. The pattern is spanning over several weeks; thus the implication of the pattern breakout is likely to be significant.

On the downside Rs 285-280 had acted as a strong support area multiple times. This time, however, the bears managed to break the crucial support zone. The daily as well as weekly momentum indicators are in sync with the bearish price breakout.

Bata India witnessed a well channelised correction from the high of Rs 832. Towards the end of the correction the stock formed a nice base near the junction of 40-week exponential moving average & the weekly lower Bollinger Band.

From that strong support zone the stock has started moving higher. It is now looking for a bullish breakout from the falling channel. The short term momentum indicator has turned bullish along with the price action.