UPCOMING EVENT:Special webinar on Highlights of global investing in 2021 and what lies ahead' at 2 pm on 21st January, 2022. Register Now!
you are here: HomeNewsBusinessCryptocurrency

Bitcoin, Ethereum and Ripple: Here are the top 10 cryptocurrencies at the moment

Top three tokens are based on sound and promising products. Bitcoin and Ethereum are blockchain platforms, whereas Ripple is a payment protocol

Cryptocurrencies shook the internet and the finance world after the meteoric rise and the gradual decimation of some of the major currencies such as Bitcoin. And in the past three years, global finance watchdogs had to spruce up their policies as concerns about the misuse of cryptocurrencies rose along with their popularity among the people.

Nevertheless, after a rollercoaster ride that the crypto world went through in 2017 most currencies continue to hold a lot of value.

Bitcoin, for instance, continues to be the most valuable cryptocurrency, more than double the size of the next biggest cryptocurrency, Ethereum. Ripple stands firmly at the third position.

All three tokens are based on sound and promising products. Bitcoin and Ethereum are blockchain platforms, whereas Ripple is a payment protocol.

The market capitalisation of Bitcoin is $127 billion at the time of writing. It is trading at an exchange rate of $7,422.

The second half of the list of top 10 cryptocurrencies at the moment begins with Litecoin at the sixth position. The market cap of the peer-to-peer cryptocurrency is $6.6 billion. 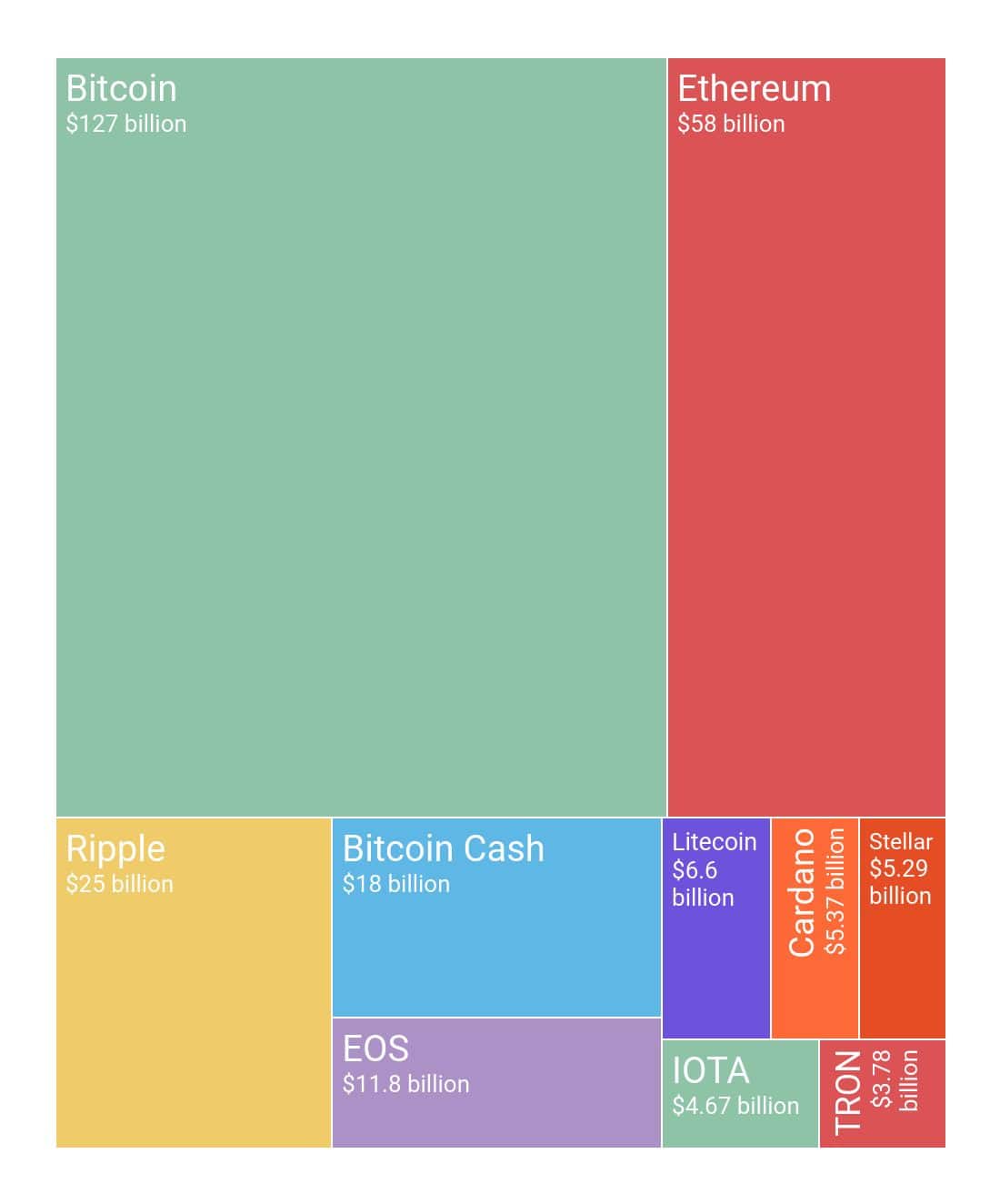 Cardano and Stellar follow Litecoin with market caps of $5.37 billion and $5.29 billion, respectively. Cardano is a blockchain platform for the coin ADA, and Stellar is a payment network like Ripple.

IOTA and TRON at ninth and 10th position complete the list. IOTA is a futuristic payment method based on a system called ‘the tangle’, which is different from blockchain. It is valued at $4.67 billion.

TRON aims to be a content distribution platform for the digital entertainment industry and is valued at $3.78 billion.