Not seeing slow demand environment as of now: NIIT

Pratibha Advani, chief financial officer, NIIT Technologies says the company will continue to focus on western markets and is not seeing any slowdown in the demand environment.

Speaking to CNBC-TV18, Advani says the demand environment is in-line with forecasts and adds that she doesn’t expect cross currency headwinds to impact margins.

“We expect 170 bps currency headwinds in dollar terms but that will be offset by the rupee depreciation,” adds Advani.

She further adds that the company will continue to focus on western markets and is not seeing any slowdown in the demand environment. 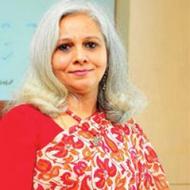 Below is the verbatim transcript of Pratibha Advani's interview with Sumaira Abidi and Reema Tendulkar on CNBC-TV18.

Reema: Do you concur, has NIIT Technologies also face similar issues, has the momentum slackened a bit in the last two months?

A: Quarter three seasonally is a soft quarter across the industry so that’s the effect that you will see by and large in the industry. However, one sees that the overall demand environment is inline with forecast with US expansion gathering momentum. We had of course in the beginning of the year did guide that this will be a year of consolidation for NIIT Technologies. We are also seeing slow recovery in Western Europe but this should again gain traction and the emerging economies seem to be going through some cyclical and structural forces which are restraining growth there.

Sumaira: Could you tell us what are the kind of cross currency headwinds that you might be facing?

A: We expect about 170 bps of cross currency headwinds to the revenue in dollar term. However, the impact on the margin will be flat as the cross currency headwinds will get offset by rupee depreciation that we have seen; rupee is depreciated by almost 2 percent odd and for NIIT Technologies almost 50 percent our revenues come in USD while the euro and GBP has depreciated by 4.5 and 2.5 percent and only 25 percent of our revenues come from these two currencies. If we were to look at reported numbers then in terms of INR numbers we will only see a negligible impact on account of currency.

Reema: Are things worse as compared to what they were perhaps a few months back?

A: We have slowed down the decision making process while we are seeing pipeline growth and we will continue to focus on the western market specifically US and on infrastructure management services. So overall specifically for us there could be some client specific issues but we are not seeing slowness in the demand environment.