Mahindra Two Wheelers, the subsidiary which was merged into M&M last year, has been a challenging venture, having failed to clock profits in any year since its inception

Mahindra & Mahindra (M&M) has called it quits in the mass market two-wheeler category, nine years after it entered the segment through the takeover of business assets of now-defunct Kinetic Motors.

Mahindra Two Wheelers — the subsidiary which was merged into M&M last year — has been a challenging venture for the Mumbai-based conglomerate having failed to clock profits in any year since its inception.

“The company has withdrawn from the mass market segment of 2-wheelers and is currently developing products for niche markets," said the company.

Mahindra Two Wheelers tried to gain a foothold in the market with some products which it inherited from Kinetic and some which it developed indigenously.

With five main products (with multiple variants between them), M&M has the smallest market share in the mass market two-wheeler space presently, according to data shared by the Society of Indian Automobile Manufacturers (SIAM).

The company’s sales slumped 77 percent during the period April-July to 6,065 units in the domestic market as compared to the same period last year. Its market share stood at 0.09 percent by end of July, as per SIAM data.

But its retail presence has not suffered. Sales of Mahindra scooters (Gusto, Rodeo and Duro) and motorcycles (Centuro and Mojo) continue unhindered as per dealers. While the Mahindra scooters compete against the likes of Honda Activa, TVS Jupiter the Centuro is pitted against Hero Splendor. 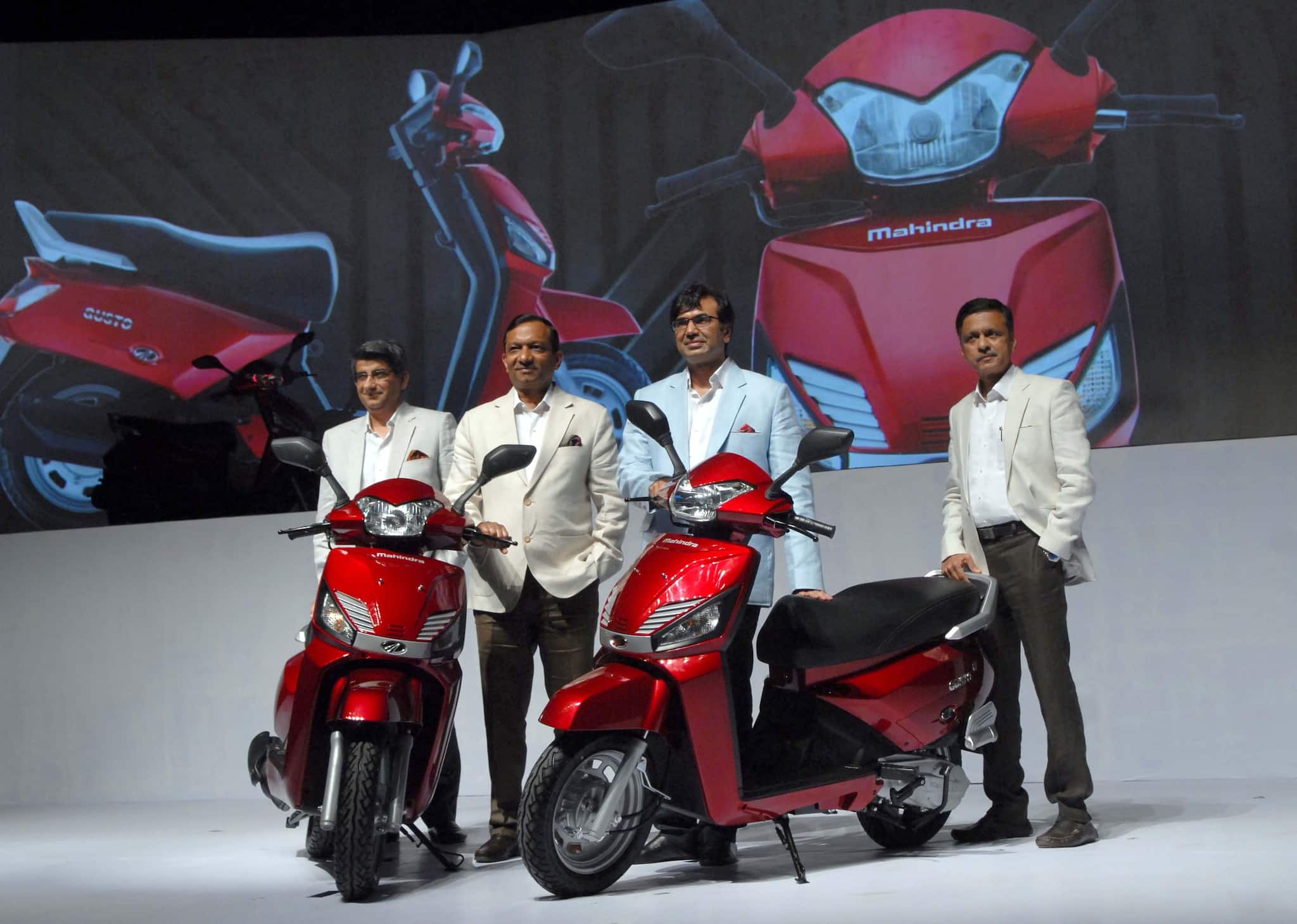 The competition is cut-throat in the domestic two-wheeler space, which as of last year, clocked sales of 17.58 million units with a growth of 7 percent. India is the largest two-wheeler market in the world presently.

The niche product Mojo, which is a premium mid-capacity touring motorcycle, is where M&M intends to focus for future development. The company has also started work on products to be launched under the European brands Jawa and BSA.

“The investment required for 2-wheeler product development is not very high and therefore, success of the new models has high upside potential”, said the company.

The two-wheeler business has, however, become a cash burning unit for the diversified Mahindra group. A loss of Rs 471 crore was reported by Mahindra Two-Wheelers last year taking its total loss to Rs 2,876 crore as of end of last financial year.

With domestic operations in the red, the company has decided to pursue exports demand aggressively. During April-July period, its exports rose 17 percent and units sales at 6,707 is now higher than the domestic volumes.