In-Depth | Australian bushfires kill millions of animals, dozens of people: Here's all you need to know

Besides natural factors, arson is also suspected as a cause of some of the recent fires. The NSW Police Force has taken legal action against more than 180 people for bushfire-related offences since late 2019

Australia has been battling with one of the worst bushfires in its history. The blazes have been burning across Australia since September 2019, scorching homes, destroying entire towns and turning daytime skies orange, red and black.

Over eight million hectares of land – an area the size of Ireland — has burned in this year's bushfire season, claiming at least 26 lives and damaging hundreds of homes and buildings across several parts of southern New South Wales, northern and eastern Victoria and the Australian Capital Territory, according to officials. 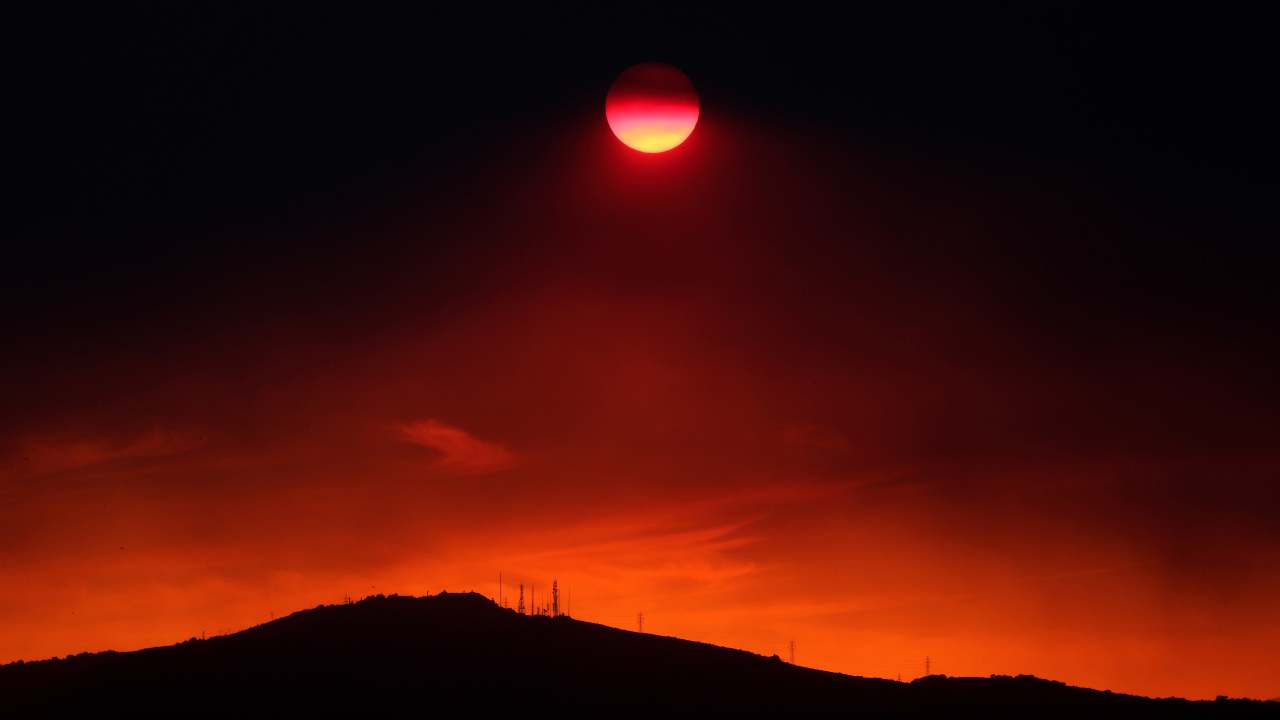 While the fires have touched every state in Australia, New South Wales and Victoria have been hit the hardest. Thousands of residents and tourists have been forced to flee or take shelter as flames ravaged towns in the regions.

Around 23 fires are still burning in Victoria, according to the state's emergency management commissioner Andrew Crisp. 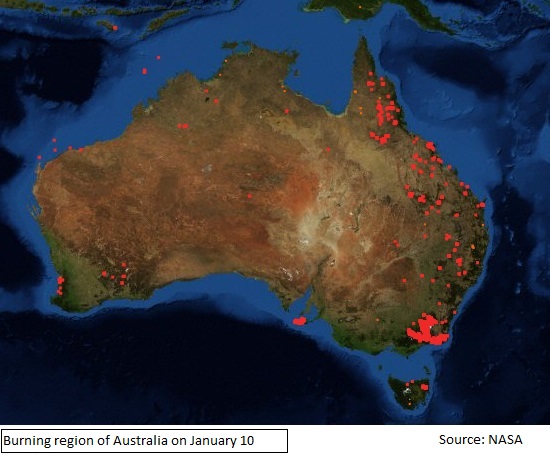 So, what is a bushfire?

Bushfires and grassfires are common throughout Australia. Grassfires are fast-moving, passing in five to ten seconds and smouldering for minutes, while bushfires are generally slower-moving, but have a higher heat output. This means they pass in two to five minutes, but they can smoulder for days. Fire in the crown of the tree canopy can move rapidly. 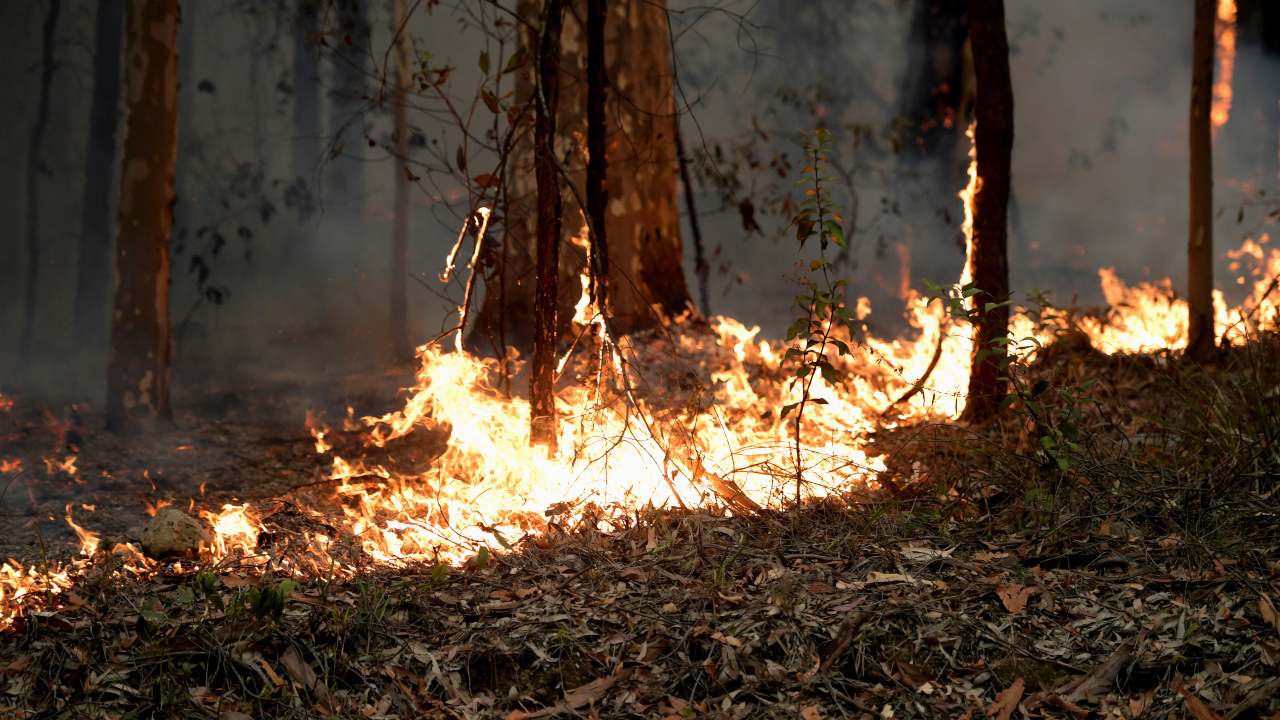 A fire front advances more quickly when travelling upslope and slows travelling downslope. The speed of a fire front advancing will double for every 10 degrees increase in slope, so that on a 20-degree slope, its speed is four times greater than over flat ground.

Bushfires are an intrinsic part of Australia's environment. Natural ecosystems have evolved with fire, and the landscape, along with its biological diversity, has been shaped by both historic and recent fires.

Australian bushfires have resulted in over 8,000 injuries and 433 fatalities, close to 50 percent of all deaths from major Australian natural disasters (excluding heatwaves) in the period between 1967 and 2013. Over this same period, bushfires cost approximately A$4.7 billion (excluding most indirect losses), as per the data shared by the Australian government.

Australia's deadliest bushfire disaster was "Black Saturday" in February 2009, when some 180 people died in Victoria.

Each year, there is a fire season during the Australian summer, with hot, dry weather making it easy for blazes to start and winds make them easy to spread.

Since last few months, the country is in the grip of a heatwave, with record-breaking temperatures. In mid-December the nation saw the hottest day in history - the average temperature was 41.9 degrees Celsius. Extreme heat and drought create more tinder to fuel fires. 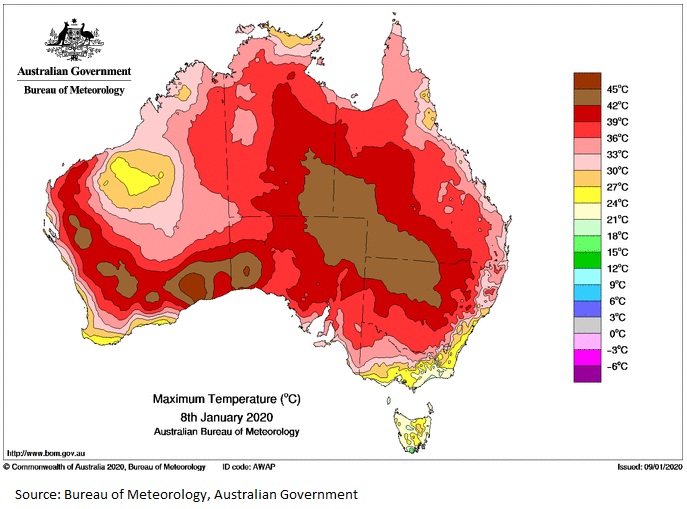 Another factor that contributed to the deadly fire was the late ending of the monsoon season in India, an expert told News18. The south-west monsoon in Asia typically ends between June and September every year and those winds then leave the region and move south, said Trent Pehman, who is associated with the University of Melbourne and studies the behaviour and formation of bushfires using real depictions of fuel, weather and topography. However, the record-breaking rainfall did not leave India until mid-last month, he said, adding that the global systems are all linked and one can't dissociate them.

Amid the deadly fire, the smoke has led to another disaster. On January 1, Australia’s capital recorded the worst pollution it’s ever seen, with an air quality index 23 times higher than what’s considered “hazardous.” 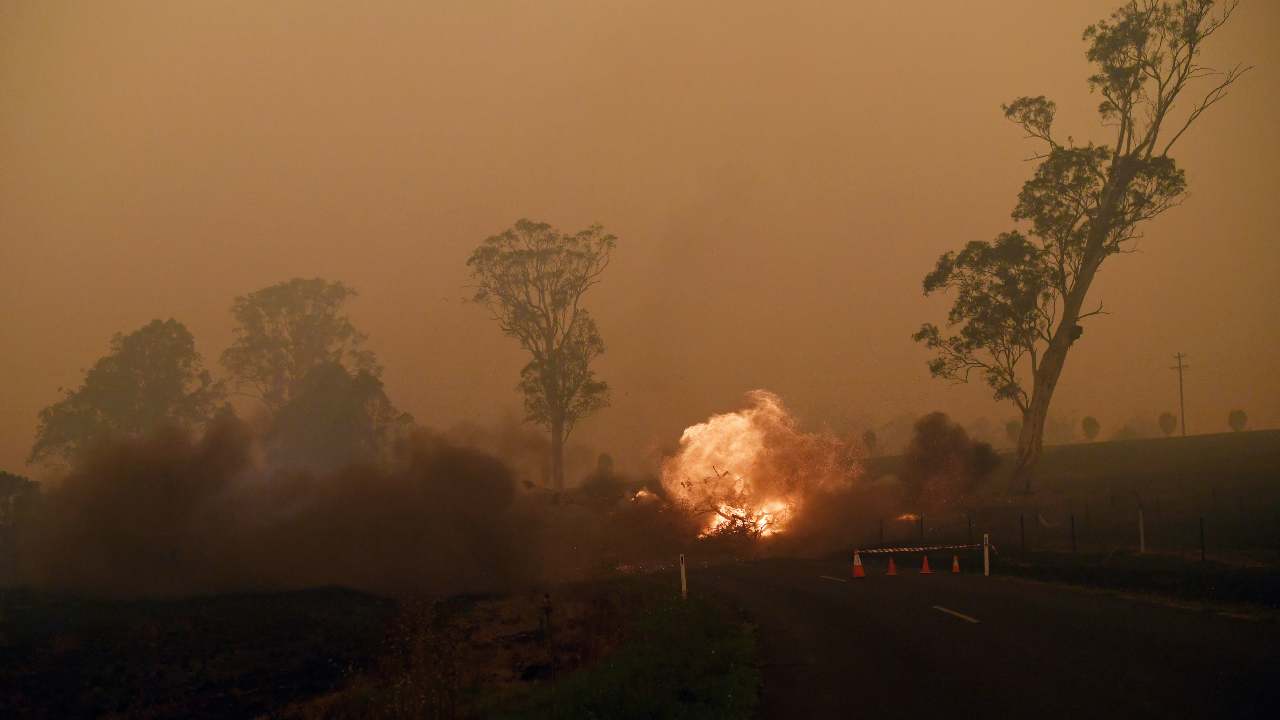 Let alone Australia, the smoke from bushfires raging across Australia reached Brazil, an arm of the National Institute for Space Research said on Twitter. Referring to satellite images, the agency's Department of Remote Sensing said the smoke had arrived in Brazil's southernmost state, Rio Grande do Sul, on January 7. 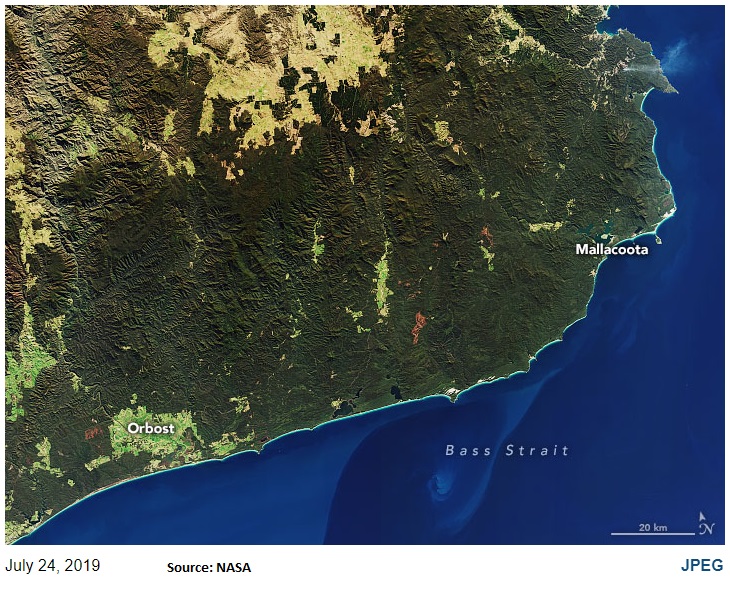 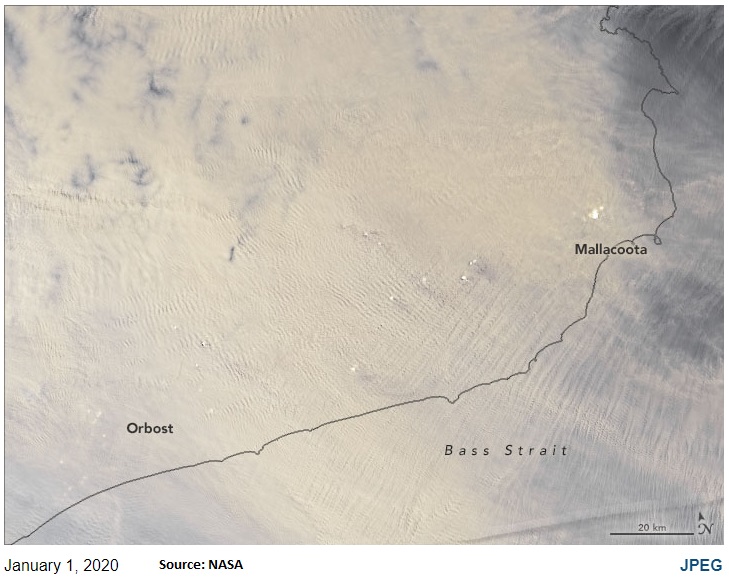 Chile's meteorological service said on January 6 that smoke from the fires was visible in Chile and Argentina. 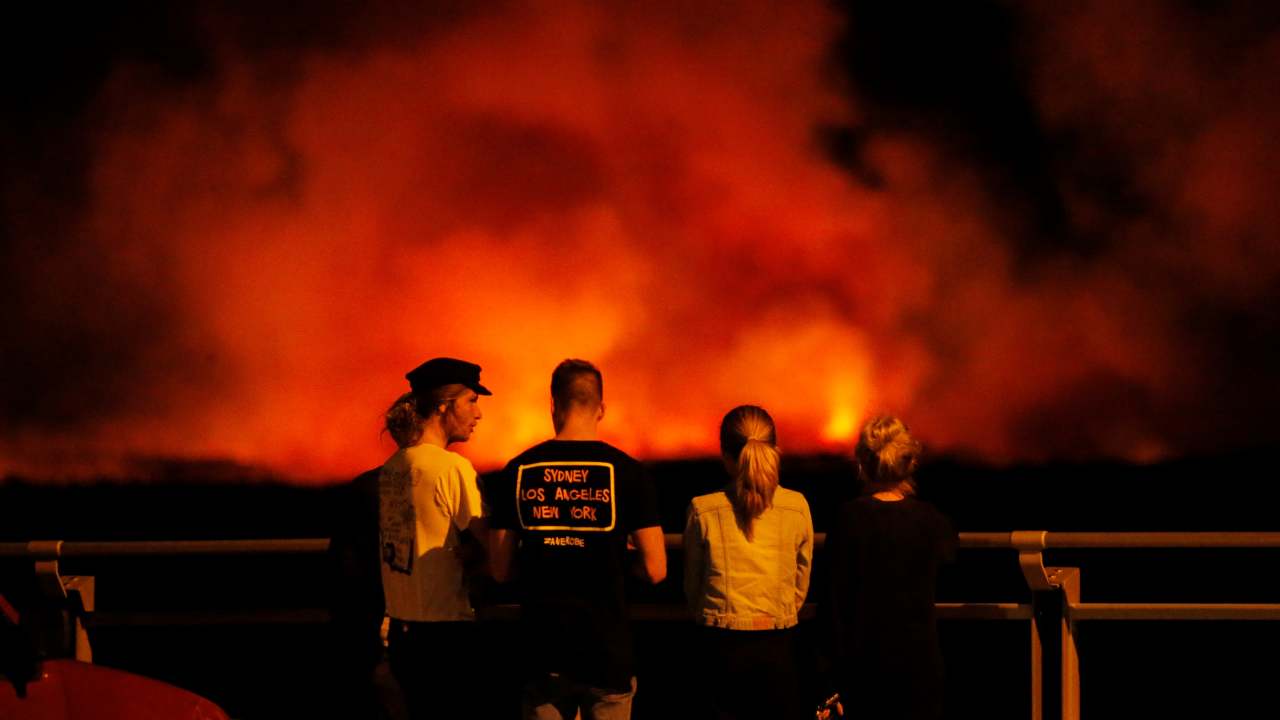 Nearly half a billion animals have been impacted by the fires in NSW alone, with millions potentially dead, according to a report issued by the University of Sydney. That figure includes birds, reptiles, and mammals, except bats. It also excludes insects and frogs — meaning the true number is likely much higher. 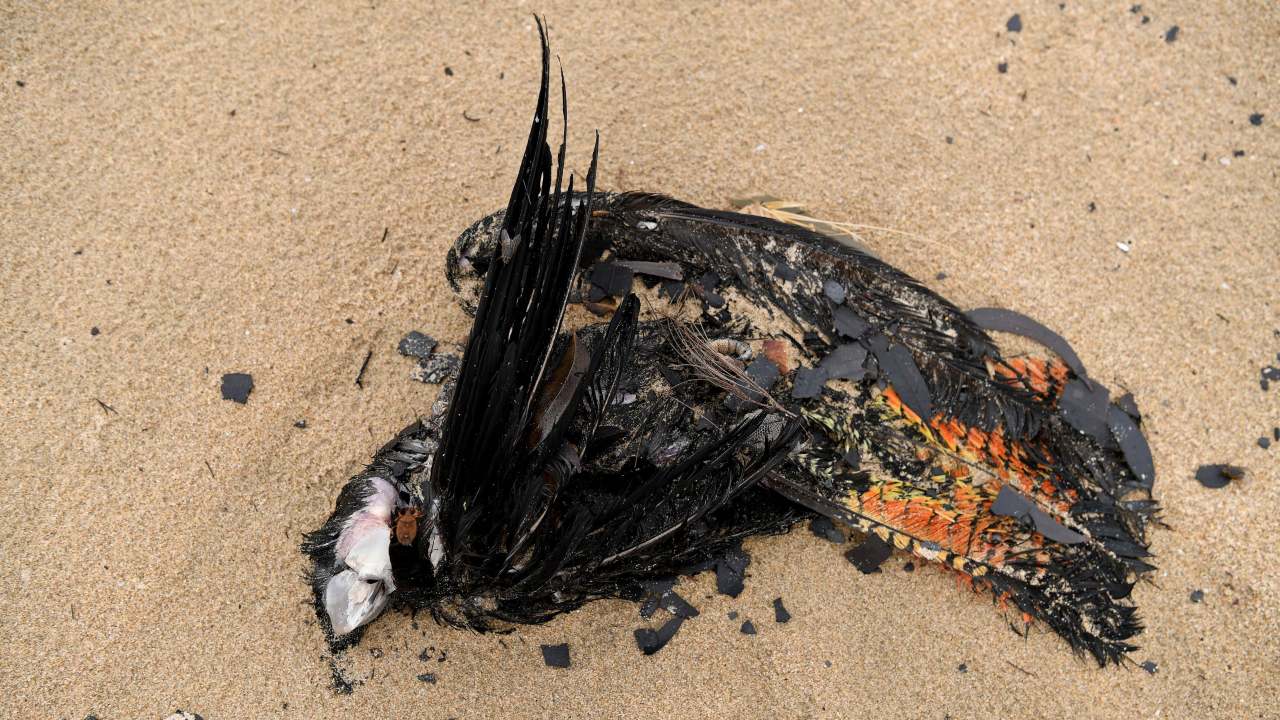 The total number of animals affected nationwide could be as high as a billion, according to Christopher Dickman, the University of Sydney ecologist who led the report. 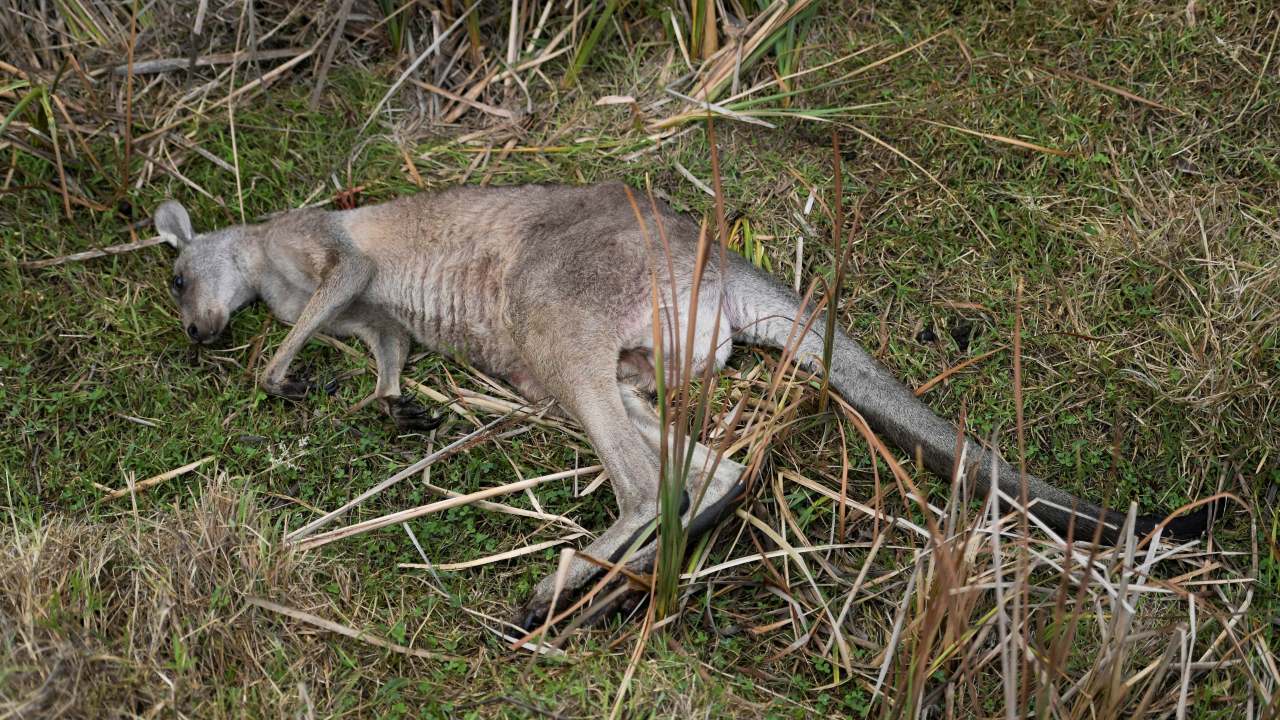 While many wild animals and some farm animals are said to be killed directly by the flames, other animals have faced death due to destruction of their natural environment, which they rely on for food and shelter. 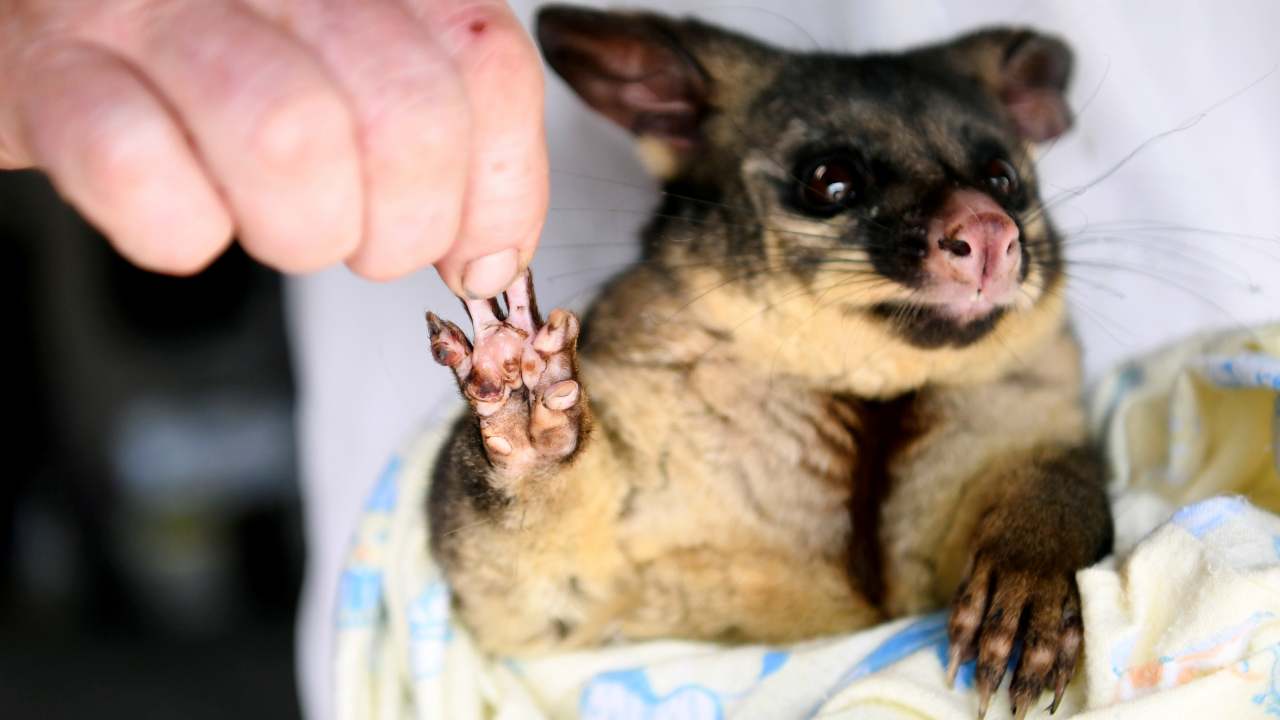 What is being done to stop the fires?

The authorities are evacuating residents to safety and trying to stop the fires from spreading. There are hundreds of thousands of volunteer firefighters, who have been working around the clock to try and bring the fires under control for months. 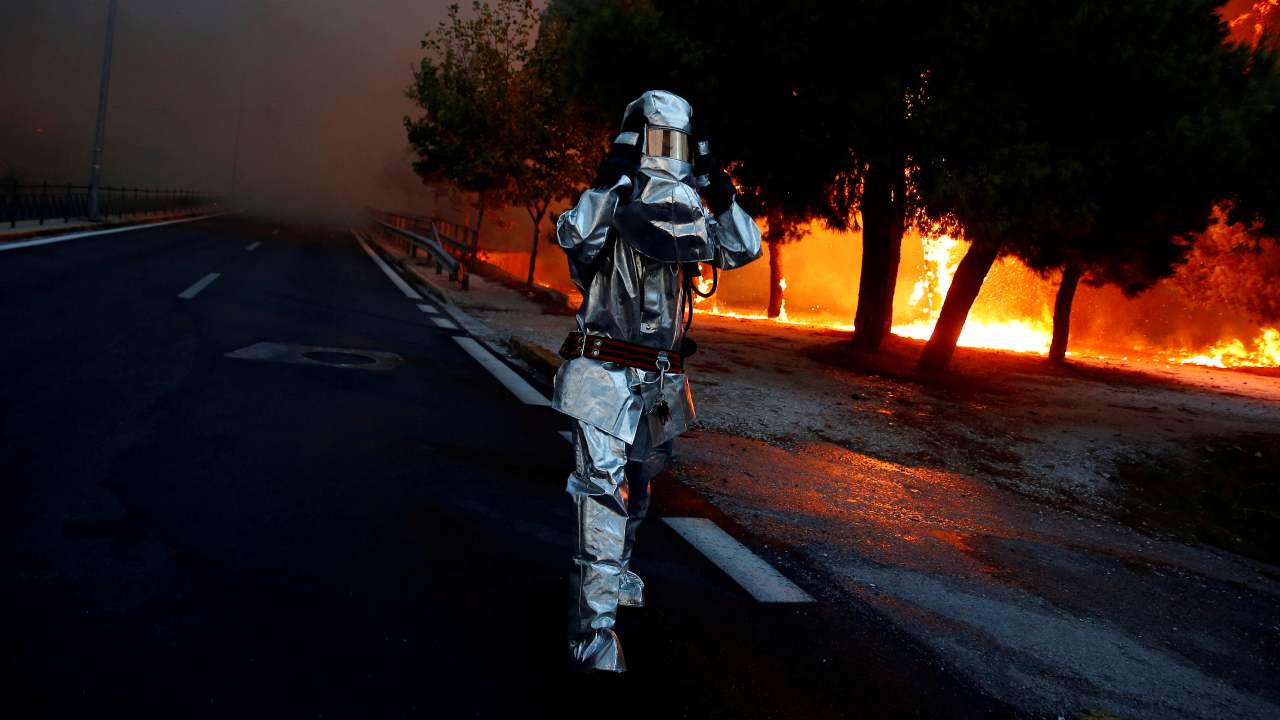 On January 9, authorities issued fresh warnings and evacuation orders in the country's southeast as hot and windy conditions threatened to regenerate huge bushfires.

However, under the extreme conditions, there’s not much more than that firefighters can do until the fires run out of fuel and burn themselves out, experts told The Verge. “It’s not humanly possible to prevent (these fires) or put them out. We have put so much of our strategy for living in fire environments all on firefighters, all on suppression, reacting to blazes. And, you know, now we are facing conditions, given climate change in particular, we can’t do that,” Timothy Ingalsbee, executive director of Firefighters United for Safety, Ethics, and Ecology told the publication.

Why has PM Scott Morrison’s government been criticized for its response?

Australian Prime Minister Scott Morrison is facing widespread criticism for his handling of the crisis.

Morrison’s administration faced criticism for thwarting global efforts to settle the rules of the Paris Agreement during a United Nations conference in Madrid in December.

Morrison also faced backlash for taking a vacation to Hawaii in the midst of the fires. The PM had cut short the trip and apologised to people.

Climate change activist Greta Thunberg also took a swipe at Australia's leaders over the country's bushfire crisis. The 17-year-old posted an image on Instagram of a kangaroo fleeing from an out-of-control blaze and demanded action from politicians.

Australia is on fire. And the summer there has only just begun. 2019 was a year of record heat and record drought. Today the temperature outside Sydney was 48,9°C. 500 million (!!) animals are estimated dead because of the bushfires. Over 20 people have died and thousands of homes have burned to ground. The fires have spewed 2/3 of the nations national annual CO2 emissions, according to the Sydney Morning Herald. The smoke has covered glaciers in distant New Zealand (!) making them warm and melt faster because of the albedo effect. And yet. All of this still has not resulted in any political action. Because we still fail to make the connection between the climate crisis and increased extreme weather events and nature disasters like the #AustraliaFires That has to change. And it has to change now. My thoughts are with the people of Australia and those affected by these devastating fires. (Photo: Matthew Abbott for The New York Times)

“500 million (!!) animals are estimated dead because of the bushfires. Over 20 people have died and thousands of homes have burned to ground,” she wrote, adding “And yet. All of this still has not resulted in any political action. Because we still fail to make the connection between the climate crisis and increased extreme weather events and nature disasters like the #AustraliaFires. That has to change. And it has to change now.”

Pope Francis also accused world leaders of failing to listen to the concerns of youngsters pushing for global action against climate change. In his annual speech to Vatican diplomats on January 9, the pontiff said climate change was a "concern of everyone," despite a tepid response from the international community.

The consequences of the unprecedentedly catastrophic bushfire will be seen even after the fires are out.

The calamity has created a wave of homeless people whose houses have been burnt to ashes. 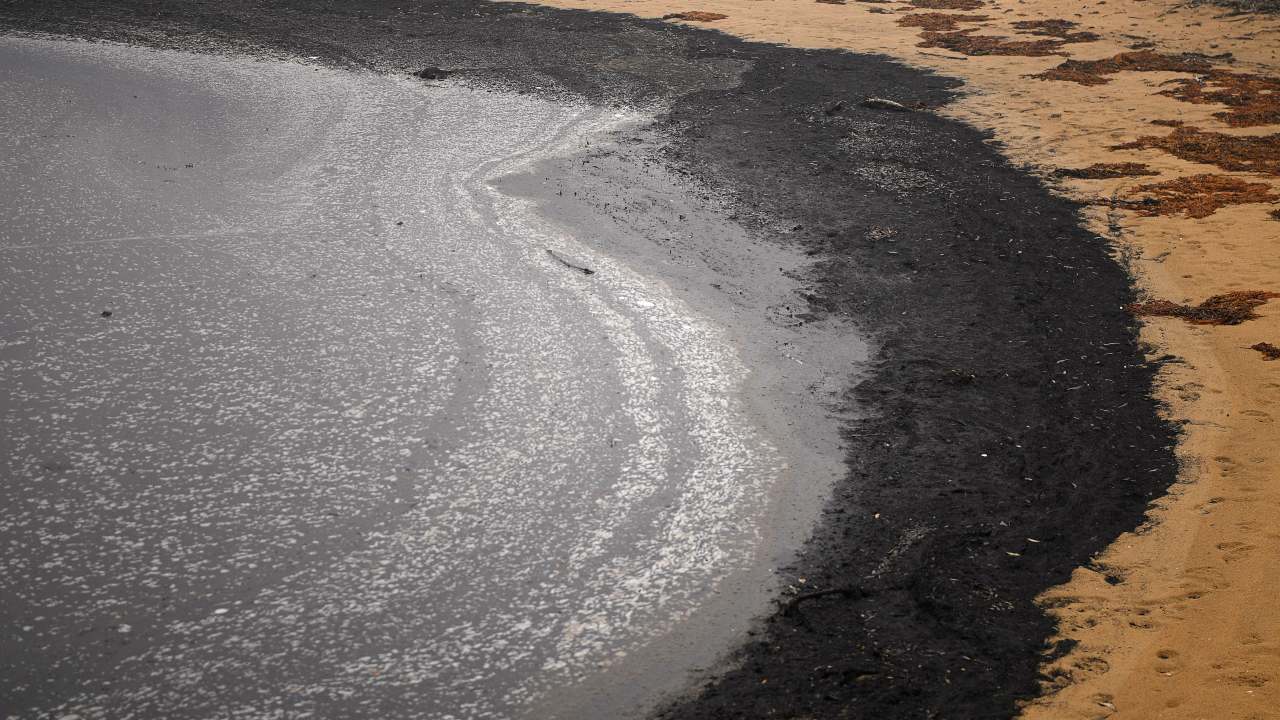 Besides being homeless, they would face water crisis due to disruption in water supply infrastructure as they reportedly burned in the regions affected by the bushfire.

Meanwhile, efforts are on to help the affected population. Free sheds and patchwork shelters are being built for those with nothing left.

Star tennis players like Roger Federer, Serena Williams and Rafael Nadal are also doing their bit to help the people in Australia, reported news agency IANS. They will feature in an exhibition match on January 15, five days before the start of the Australian Open to raise money for a relief fund.

The World Wildlife Fund is collecting donations to restore habitats for koalas impacted by the fires.Get access to India's fastest growing financial subscriptions service Moneycontrol Pro for as little as Rs 599 for first year. Use the code "GETPRO". Moneycontrol Pro offers you all the information you need for wealth creation including actionable investment ideas, independent research and insights & analysis For more information, check out the Moneycontrol website or mobile app.