It has been 594 days since the MSCI Emerging Markets Index closed at its peak in February 2021, according to Bloomberg-compiled data. The previous record was 589 days that ended in September 2001, according to an analysis by Morgan Stanley on peak-to-trough spans.

Emerging market stocks have been in a record stretch of bear market, surpassing their rough patch during the dot-com era thanks to a surging dollar and China’s growth uncertainties.

It has been 594 days since the MSCI Emerging Markets Index closed at its peak in February 2021, according to Bloomberg-compiled data. The previous record was 589 days that ended in September 2001, according to an analysis by Morgan Stanley on peak-to-trough spans.

The MSCI EM benchmark has fallen about 39% from last year’s high versus a drawdown of 66% during the global financial crisis. There are plenty of reasons to suggest that the weakness may last for a while, given an unapologetically hawkish Federal Reserve that will continue to boost the dollar and draw funds away from emerging markets.

Uncertainties also linger over the outlook of Chinese companies, which carry the biggest weighting in the index, due to the country’s rigid Covid policy and escalating tensions with the West. 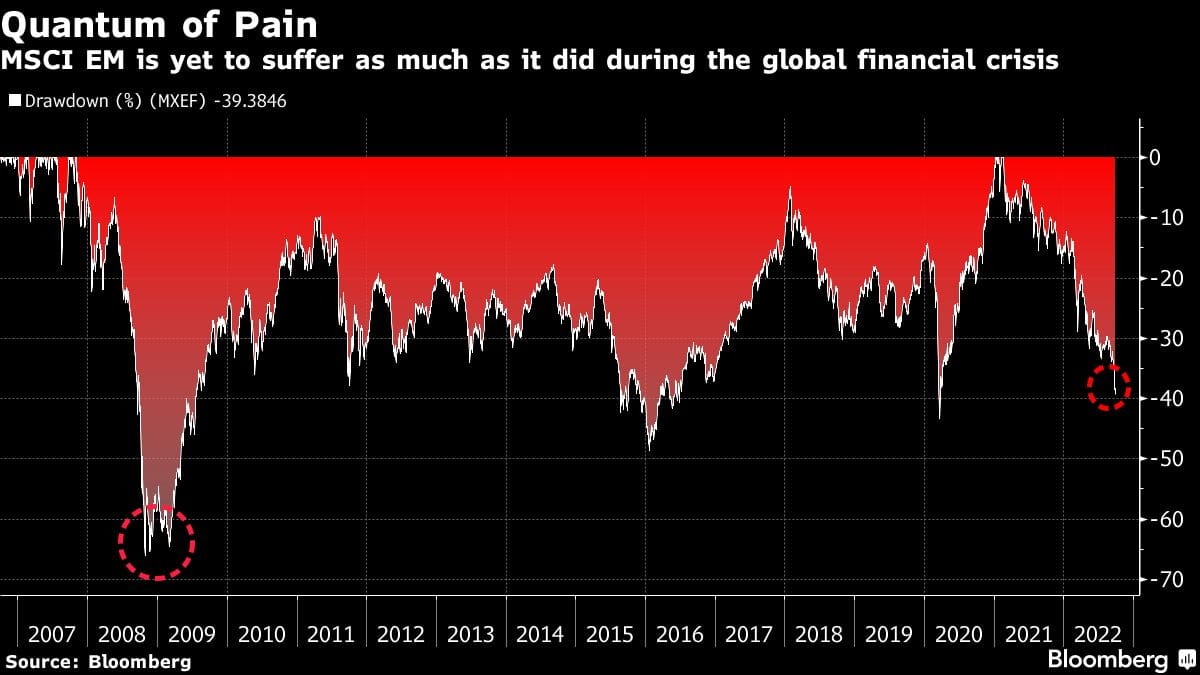 “EM equities will continue to face pressure from dollar appreciation and weak US equity markets,” Jon Harrison, managing director for emerging-market macro strategy at TS Lombard in London, wrote in a note Monday. “EM outflows are set to accelerate as external conditions deteriorate.”

An analysis of global EM equity exchange-traded funds by TS Lombard shows that the cluster of stocks last month suffered their largest net outflows since the onset of the pandemic.

Still, Morgan Stanley’s strategists including Jonathan Garner believe a so-called classic capitulation trough could likely be forming as EM stocks have moved close to his bear-case targets and due to seasonal factors, they wrote in a note dated Sept. 20.

Garner warned on May 10 that Asia and emerging-market equities are entering the late stages of a bear market. Since that day’s close, the MSCI EM Index and has dropped about 13%, underperforming the MSCI World benchmark.

Six of the previous 10 bear markets in Asia and EM equities bottomed in September or October, Garner and his colleagues wrote in a note last month. They are monitoring 10 signals including the dollar’s strength, the semiconductor sector’s performance and the breadth of earnings revisions to call the current cycle’s low. 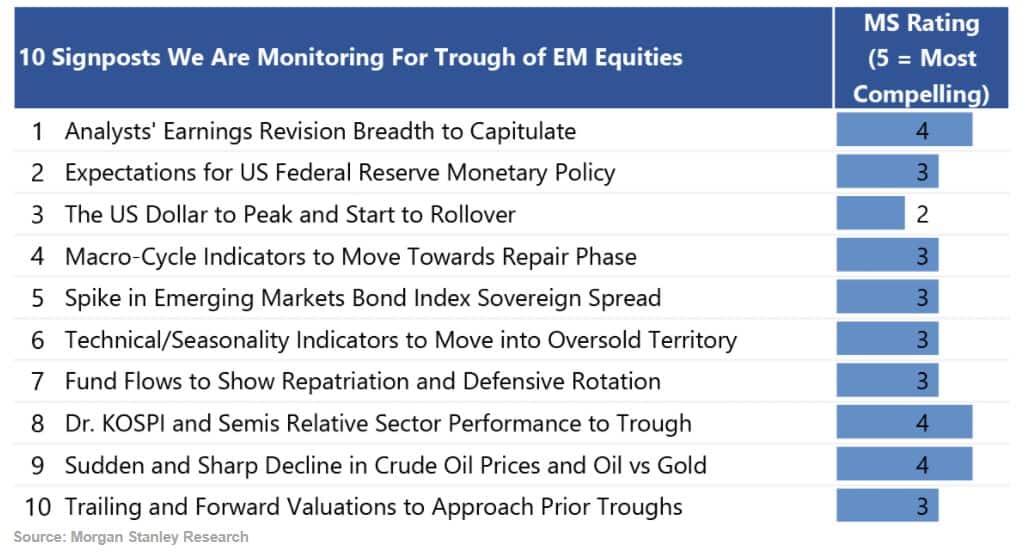