As Goa gets carnival-busy (February 26-March 1) , here’s a look at some of the oldest bars, bakeries and eateries in the Panjim neighbourhood.

The carnival this year is from February 26-March 1. (Photos by Preeti Verma Lal)

History is writ on the wall with old photographs and if you bump into Nathan Fernandes, the owner, he will tell you of its beginnings and of his grandfather who brought cake moulds from Germany. Perhaps a first for Goa. Listen to him when he says: Calories do not count on weekends. If you cannot read the menu written in Portuguese, pick dishes mentioned on A4 sheets and stuck on the glass panes of the display cabinet: Sorpotel takeaway. Xacuti masala. Local toddy vinegar. Dobrad (tripe). Do not miss the before/after Marietta image: the black/white photograph of the bar’s inauguration on October 15, 1964, and coloured photograph from 2014. A4 size printouts pasted on the glass panes announce the menu in English.

Geeta Bakery: Established in the early-1940s, Geeta Bakery is so small that even five can be a crowd here. Unpretentious and absolutely ol’world, the bakery has about 12 different kinds of cookies/biscuits stacked neatly in large glass jars. The plum/chocolate cakes have had loyal customers but it is the veg patties that bring locals and tourists alike to the blue bakery. It is a takeaway joint, no seating is available. 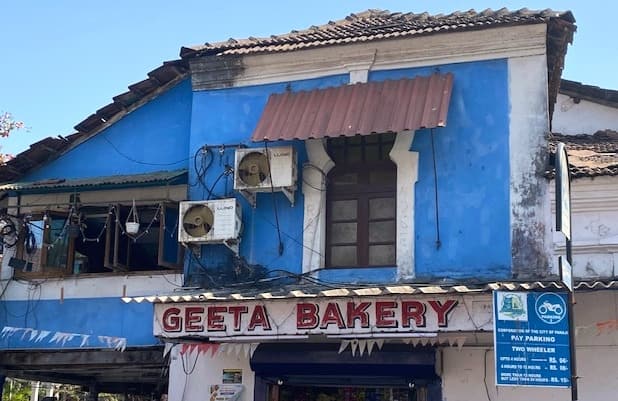 Unpretentious and absolutely ol’world, Geeta Bakery draws in locals as well as tourists.

Café Bhonsle: Cafe Bhonsle has crossed the 100-year mark. It is 102 years old. Founded in 1920 by Rama Bhonsle, it has a North/South Indian, Chinese mixed menu. There is no fuss about the food, nor the decor and the servers. It is simple, quick and extremely reasonable. Idli sambhar for Rs 66, tea for Rs 20, coffee for Rs 28, mushroom samosa for Rs 28 and a chilli fritter plate for Rs 38. Café Bhonsle also has branches in Porvorim and Ponda.

Café Central: Nearly 90 years ago, Café Central was housed on the ground floor of Jesuit House, opposite present-day Café Tato, near Panjim’s Municipal Garden. But the building was torn down after Goa’s liberation, and the café moved to Ishan Building on Dr Pissurlekar Road. The café is specially known for its biscuits: oats & raisins, nankatai, ginger, cashew, cheese fingers, rava, onion, and Shrewsbury. 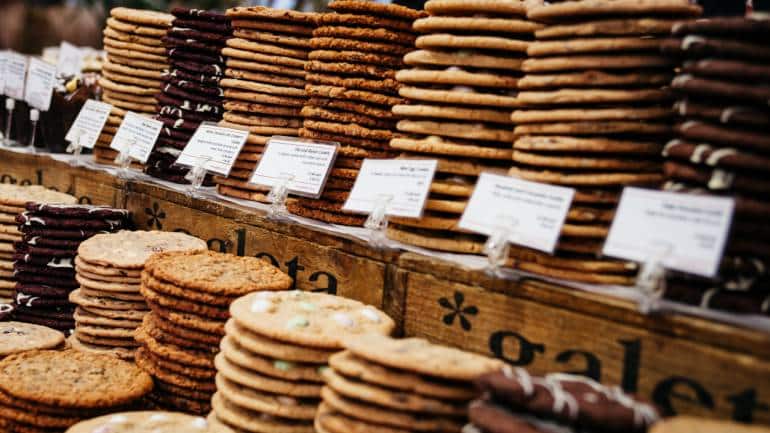 Goa’s first lift in Hotel Mandovi: Story is that when the Vatican and the Portuguese government decided to host an elaborate function to mark the 10th solemn exposition of the Sacred Relics of St Francis Xavier, they suddenly realised that there was no good hotel for the mighty who were expected to arrive in Goa from all over the world. That’s how Hotel Mandovi was born.

Owned by the Quenim family, the hotel was designed by England’s Marryat and Scott. When the hotel opened in December 1952, people flocked to see what they had never seen before: an elevator. It was the first lift installed in Goa and everyone wanted to step into the lift and go up and down in an electric cage. So huge was the demand that school trips were organised for lift-trip and students were given a ride in batches of six.

The lift is no longer a curiosity but old-timers have still not forgotten their first ride in an electric cage.

Have a meal at the hotel’s Rio Rico restaurant.

Joseph’s Bar: One of the oldest bars in Goa, Joseph’s can barely seat 15. Plastic chairs outside can accommodate a few more. But no one complains about the interiors or the lack of sophistication. Everyone goes to Joseph’s for a drink and a snack. You’ll chuckle a little at the menu’s humour: Local French Fries (Nothing French or Healthy About These), Gobi Manchurian (Indian’s idea of how they eat cauliflower in Manchuria). There’s beef samosa/croquettes, rosary boiled pork sausages plate, ros omelette with 1 pao, squid chilli fry (Goan style). Snacks have to be ordered and takes about 25 minutes. Before ordering feni, ask the server for local feni options and try Bimbli Bomb (feni masala cocktail with bimbli, lime and chat masala). New Kids on the Block

Larder & Folk: What started out as a takeaway kitchen by Priyanka Sardessai is now the haunt for the hip crowd, on the lookout for locally-inspired eats, baked goods, and condiments. The folks at Larder & Folk keep surprising with a menu that changes weekly. But the mini Babka remains a crowd favourite. Other popular dishes here are Fried Chicken Sandwich, Vietnamese Banh Mi, Dan Dan Noodles, Bombolinis, Jim Jm tarts, Braided Sugar Cinnamon Doughnuts. Do not miss a box of four desserts.

Padaria Prazeras: Founded by Chef Jose Ralph the Fatima Gomes Prazeres, this 20-cover turmeric yellow and blue café bakery has no fixed menu. Just look at the blackboard for the choices available on the day - Berliners, Palmiers, bagels, baguettes, sandwiches, rarebit, cinnamon rolls. The best being Pastéis de Nata (Portuguese custard tarts), a flaky pastry with custard curled inside it. Perfect Cup: Perfect Cup, a coffee roastery and deli, has the perfect location - just an arm’s length from the Miramar Circle. Sitting inside the Miramar Residency premises, it has dine-in and curb side pick-up options. Menu includes soups, sandwiches, burgers, tea/coffee, toasties, salads.