Contest Alert:1 day left to win Amazon vouchers worth Rs 5000. Take the MCPRO Quiz today to grab yours!
you are here: HomeNewsTrendsFeatures

CIRCLE is a social tech enterprise that has been working in Pakistan since 2014, to empower women and increase their participation in the IT sector.

Last year during the pandemic, Sadaffe Abid visited Gilgit-Baltistan in northern Pakistan twice. The first time was to explore the exquisitely beautiful mountain region - and the Karachi-based social entrepreneur loved it. On her second trip, she started talking with communities, trying to understand their challenges and needs. And that is how the idea of bringing digital skills and entrepreneurship to women and youth in Gilgit-Baltistan was birthed.

“We received support from the German foundation FNF, and I threaded a great team together. Our flight was cancelled three times, yet it didn’t deter us. We got in cars, went from Lahore to Islamabad, took a plane to Skardu, then we had to travel over 10 hours to Gilgit,” says Sadaffe, founder and CEO of CIRCLE, a social tech enterprise that has been working in Pakistan since 2014 to provide economic participation and empowerment to women in the IT sector. 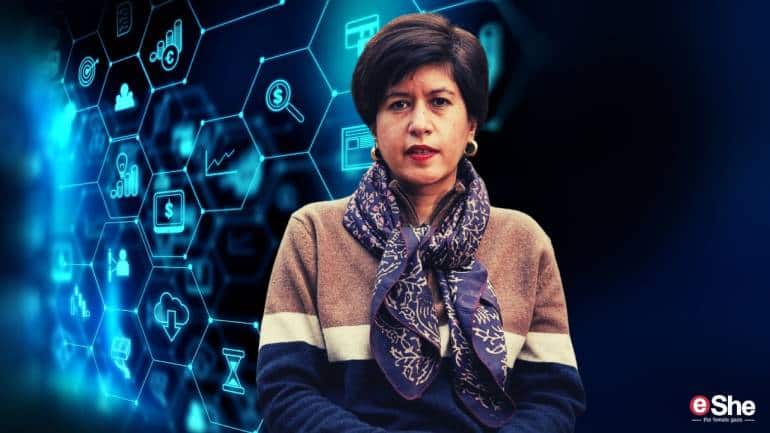 The next day, the team travelled to the mountain district of Ghizer for a workshop with 35 women. “We had 100 percent attendance and zero dropouts! This is the kind of eagerness and enthusiasm we receive from women who want to progress in their careers, and from those who already have businesses wanting to grow,” Sadaffe says.

Her Gilgit project takes forward her long journey to creating digital literacy among the women of Pakistan. Sadaffe’s goal for doing this was to support the region’s women, create jobs and spur women’s entrepreneurship using digital skills, such as using WhatsApp, Facebook and Instagram for business.

She is speaking at eShe’s South Asia Union Summit Led By Women on October 3, on a panel titled ‘Web Warriors: Arming Girls with Internet Tools and Infrastructure’.

Sadaffe believes it is important for governments, private sector and wider society to play an active role since access to internet translates to access to skills, knowledge, new opportunities, and it expands markets. “Women must not be deprived of these tools. Basic digital literacy is key,” she says.

Another recent project conceived during the pandemic with the help of UN Women was for teaching women through smartphones. “We taught them how to create an email ID and how to use the Internet. They were oblivious to the world of Internet and digital tools,” says Sadaffe. “Now they are actually putting their products online, and getting orders from beyond their own cities. It has expanded their markets and brought incredible results.”

It is imperative for women to create a web of mentors, advisers, and build those relationships very consciously.
- Sadaffe Abid

Sadaffe now wants to scale this digital literacy project: “A digital Pakistan is the need of the hour, and women and girls must be a part of it. Our goal for the next five years is to reach out to a million women with basic digital literacy and promote financial inclusion, so they can open mobile bank accounts. Alongside, we provide them with basic business skills and life skills, and bring them to a Facebook page, so they remain connected on a digital community and continue to learn new tools. I’m really excited about the potential,” says Sadaffe, an alumnus of Harvard University and INSEAD.

Before launching CIRCLE, Sadaffe was the COO and CEO of Kashf Foundation, the first micro-finance institution in Pakistan. During her tenure, Kashf received the AGFUND International Prize and Grameen Trust Microfinance Excellence Award. Her work at Kashf was highlighted in Nicholas Kristoff’s 2010 book Half the Sky.

“In South Asian societies, women are still not encouraged to be ambitious or bold, we are taught to pursue the usual path,” says “That’s why it is imperative for women to create a web of mentors, advisers, and build those relationships very consciously,” she advises.

Sadaffe, who sits on the board of Pakistan Microfinance Network, the UN Women Pakistan Civil Society Advisory Council, and Indus Earth, encourages women to find their calling. “There are so many problems to be solved in the region that we are (in). Women entrepreneurs bring unique perspectives, their own life experiences and insights. We have a different way of looking at things and that perspective really matters,” she says.

Also an adviser to the global Dell Women Entrepreneurship Network, she is concerned about the barriers faced by women entrepreneurs trying to solve problems using tech. Data shows that women’s access to smartphones is lower than that of men, their access to internet is also lower and there are social taboos: “It is not considered positive for women to be given access to the internet – it is seen as ‘too much freedom’. We need to change these mindsets,” Sadaffe says.

Technology is a high growth sector, we need more women in leadership roles and all levels.
- Sadaffe Abid

She shares the story of Somiya, who came to learn coding with them when they had set camp at Gulshan-e-Iqbal and were working with the Smart Institute of Technology: “I’m amazed at how women are adopting technology and digital skills. Somiya told us she loves to code and that she sleeps and wakes up thinking of code. She had no idea what it meant, but she loved the concept and wanted explore it. She ended up as one of our best students!”

CIRCLE has introduced to Pakistan ‘She Loves Tech: 2020’, a technology startup competition sponsored by Halal Banking Limited. It is hosted in 10 cities across Pakistan.

This year, they aim to empower 10,000 women through workshops and digital boot-camps. “All women must know basic digital platforms such as Facebook, Instagram, and other tools to bring your voice, to advocate and talk about your experiences. Whether you are a small business owner, a micro business owner or a startup, this is an important skill to have,” Sadaffe says.

She stresses on the huge demand for coders not just regionally but also in other markets: “Technology is a high-growth sector, we need more women in leadership roles and all levels.” This is why she started an initiative through CIRCLE called “Tech Karo”, a training programme for students from underprivileged areas. The programme focuses on training girls and women digital skills such as coding and digital marketing to increase their livelihoods and generate positive impacts for their families and communities.

As someone who chairs the Inclusive Committee at National Bank of Pakistan and is consultant for the International Finance Corporation on gender diversity, Sadaffe is perceptive of the social issues that hold back women entrepreneurs: “Apart from technology, some core life skills are also important such as self-confidence and belief in yourself because many of us go through periods of doubt, we are not sure, or we have challenging life experiences that lead to us doubting ourselves.”

Another challenge her organisation routinely deals with is that women’s careers are not prioritised. “Women in South Asia have a hard time convincing their families that they do want to pursue a career or that they want to go into new fields such as tech, which is still considered an unconventional career for women. This is a major barrier, which is why we also engage with families and have open houses with them, so that we can share with them opportunities in this field.”